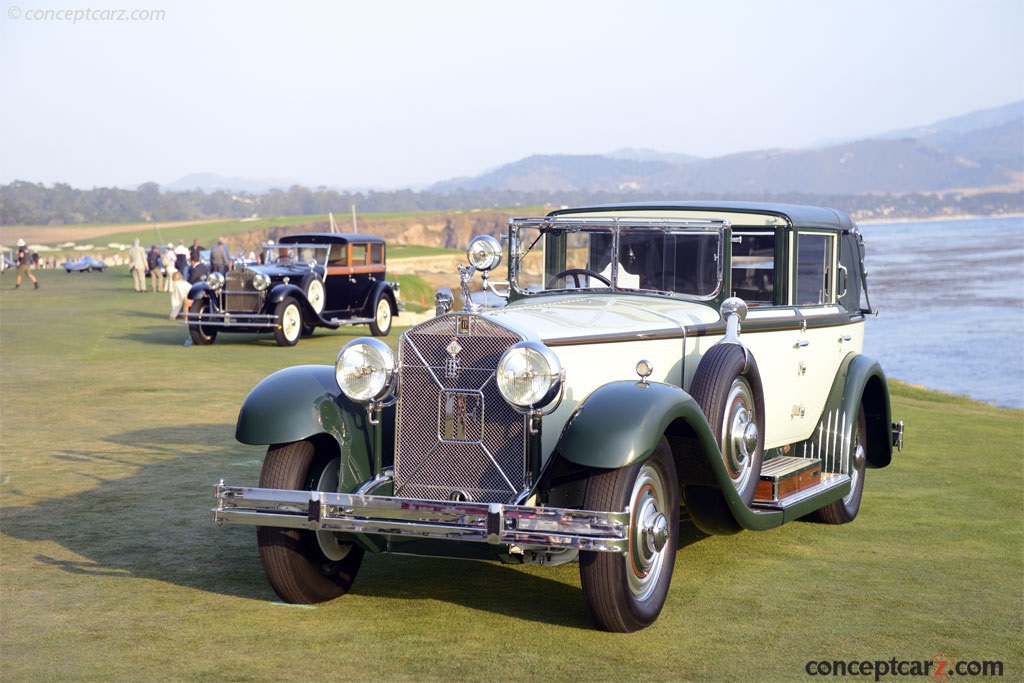 Founded in 1900, the early production Società Milanese Automobili Isotta, Fraschini & C. focused on performance vehicles with high horsepower, and an early racing highlight being a victory in the 1908 Targa Florio. By 1919, the firm had established itself as a luxury manufacturer with the introduction of the Tipo 8, credited as being the first production car to feature a straight-eight engine. Isotta Fraschinis were among the early pioneers of the overhead camshaft engine, with the engine designed by Giustino Cattaneo. Ample stopping power was provided by mechanical, servo-operated, four-wheel brakes. The 5.9-liter Tipo 8 was succeeded by the 7.3-liter Tipo 8A which offered 110 horsepower. The next iteration was the Tipo 8AS, with the 'S' denoting a tuned and larger eight-liter engine. They used a redesigned frame and suspension, Isotta's highly regarded three-speed transmission, and vacuum-assisted braking.

All were sold as chassis-only with customers then selecting a customer body builder. The standard Tipo 8A rested on 1 45-inch wheelbase, and the higher specification Spinto S and Super Spinto SS rested on a 134-inch chassis. These short-wheelbase versions were often given a high-compression engine and a higher axle ratio for high-speed driving.

An improved Tipo 8B featured a four-speed transmission and was introduced in 1931. It is believed that fewer than 100 examples were built compared with 320 of the Tipo 8 and 950 of the 8A.

The company was acquired in 1932 by the aircraft manufacturer, Count Caproni di Talideo. Pre-war production ceased in 1935, with Isotta Fraschini concentrating on aero engines and trucks thereafter. An abortive comeback attempt following in 1947 with a rear-engined V8, but the project foundered after just a few cars had been completed.
by Daniel Vaughan | Sep 2021

Isotta Fraschini introduced the Tipo 8 in 1919. By this point in their history, the company had established itself as a premier builder of luxury Italian automobiles. The Tipo 8 was the first production inline eight-cylinder engine. In 1924, the chas....[continue reading]

Cesare Isotta and Vincenzo Fraschini joined forces in Italy in 1899. They were importers and did not offer an Isotta Fraschini until 1901.....[continue reading]

At one point Isotta Fraschini was the most expensive foreign automobile sold in the United States; the price of a Tipo 8A exceeded even that of a Duesenberg Model J. Many of these automobiles were bodied with the most luxurious coachwork, as on this ....[continue reading] 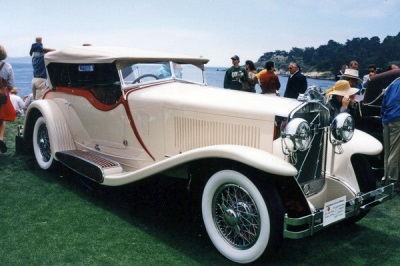 First and last chassis made, along with extravagant Tipo 8 Models, to be featured at the Concours dElegance PEBBLE BEACH, Calif. (July 12, 2017) - From an unlikely partnership between lawyer Cesare Isotta and car enthusiasts Vincenzo,...

8C Monterosa
Fraschini 8A
© 1998-2022. All rights reserved. The material may not be published, broadcast, rewritten, or redistributed.