This TA is one of 252 Tickford bodied TA's from 1936 to 1939. About 140 still exist in various conditions. About 40 are on the North American continent. The Tickford bodied cars are distinguished by their three-point Drop-Head top: closed, halfway open, or fully open.The engine is a 1250 cc, four-cylinder unit driving a four-speed gearbox with top three gears synchronized. Top speed is 70 MPH. The brakes are Lockheed hydraulic.

Sold for $60,500 at 2005 The Monterey Sports and Classic Car Auction.
Sold for $132,000 at 2009 Sports & Classics of Monterey.
In 1936, MG introduced the TA and came with hydraulic shock absorbers fitted in both the front and rear. Synchromesh was added to the 2nd through 4th gear, and the hydraulic brakes were added to improve the stopping power.In total, there were just over 3,000 examples of the TA produced, with about 260 examples fitted with the Tickford Drophead Coupe bodies. These low numbers of coupe bodies was due to the high cost of production. Coachbuilder Sammons of Newport Pagnell was the individual responsible for the Tickford Coupe. In addition to the three-position Tickford top included roll-up windows, full leather interior with carpeting, Bluemel steering wheel, trafficators, and bucket seats.This particular TA Tickford Drophead Coupe has been given a complete nut-and-bolt restoration. It is painted in dark blue with a dark blue cloth top with folding chromed landau bars. It bears the original Tickford/Sammons badge on the interior and the Sammons-Pagnell inscriptions on the door sills. Inside, the leather seats are light grey and there is light grey carpeting and a wooden dash. The engine has polished aluminum valve cover and dual carburetors. There is a polished wood tool chest with all its original tools.
In 2009, this MG TA was offered for sale at the Sports & Classics of Monterey auction in Monterey, California presented by RM Auctions. The car was estimated to sell for $70,000-$90,000 and offered without reserve. The lot was sold for the sum of $132,000 including buyer's premium.
By Daniel Vaughan | Mar 2010
The MG TA Midget appeared in the spring of 1936 as a replacement for the MG PB. It featured many components borrowed from Morris. Channel sections replaced the tubular cross-members making the vehicles ride more comfortable. The suspension was provided by leaf springs and beam-axle in the front and rear. The brakes were hydraulically operated drums, a first for MG. The body shell was assembled around the MG traditional way of using a wooden frame. All this added up to a total weight of 1,765 pounds.
A 1292 cc, overhead-valve, pushrod, four-cylinder engine was placed in the front and powered the rear wheels. Outfitted with dual horizontal SU carburetors, the engine produced 50 horsepower. The four-speed manual gearbox was synchromesh, another first for MG. When first introduced, the two-seater vehicle could be purchased in an open and closed configuration. Later, the open coupe, referred to as an Airline Coupe, was replaced with a Drophead style. The Drophead used a soft-top that could open and close depending on the driver and the weather conditions.In 1939 World War II was beginning. MG was introducing its latest vehicle, the TB Midget. It was basically the same as the TA but was equipped with a larger, 1250cc, engine. The four-cylinder over-head valve, XPAG power plant was borrowed from the new Morris 10. It produced 45 horsepower and was much more reliable than its predecessor. When the war began, production ceased. MG shifted its focus to creating equipment for military purposes.
At the end of the War, MG introduced the TC Midget. This was essentially a TB with very few modifications. The chassis was modified with rubber bush shackles in place of the sliding trunnion spring mountings. The transmission was the single-plate dry clutch and four-speed synchromesh unit. The engine was the XPAG 1250 cc pushrod engine. It was essential a TB offered in one body style, an open two-seater.
Even though the TC was a rebirth of an old model and used outdated mechanical equipment but with a modern interior, the TC Midget was very successful. During its four-year production run, lasting from 1945 through 1949, more than 10,000 TC's were created. In 1949, the TC was replaced by the TD Midget. It visually appeared like the previous Midgets but was very different in mechanical ways. With a new chassis, it was sturdier and provided a comfortable ride. An independent suspension with double wishbones and coil springs were placed in the front. The vehicle was left-hand drive. The engine and transmission were identical to the TC. To comply with newly developed safety concerns and regulations, bumpers were placed on the front and in the rear. A Mark II version used a more powerful version of the XPAG engine. With larger carburetors and higher compression ratio, the vehicle produced 57 horsepower. The suspension was modified and the interior received bucket seats. During its four-year production run, the TD experienced even more success than its predecessor. Just like the TC, many of the TD Midgets were exported to the United States.In 1953, the TD was updated and dubbed the TF. It was given a 1466 cc engine. Production continued through 1955 when it was replaced by the MGA. Prior to World War I, the future of the company was unknown. Thanks to the success of the TA, the road was paved for MG to continue its prosperous status after the War. The models that followed brought modifications both visually and mechanically. The T-Series, lasting from 1936 through 1955, was a simple and reliable two-seater sports car that was fun to drive.
By Daniel Vaughan | Mar 2006

DETROIT – The 2014 Buick Regal goes on sale later this year with a suggested retail price of %2430,615, including a %24925 destination charge. Standard equipment includes next-generation IntelliLink connectivity with an eight-inch color touch display,... 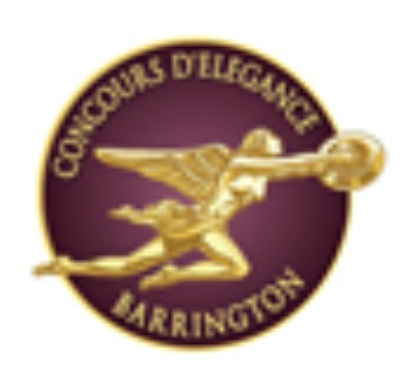 BARRINGTON, ILL. – June 27, 2013 – The 7th Annual Barrington Concours dElegance will show a group of distinctive, fanciful Microcars on the Concours field during the July 12-14, 2013 weekend, at the Makray Memorial Golf Club in Barrington, Ill....