The 1903 Paris-Madrid field of two hundred-twenty set off from Paris at 3 AM with 200,000 spectators lining the streets. As the day progressed, there were many accidents along the route. By the time one hundred-fourteen cars arrived at Bordeaux, rumors were flying about fatalities among spectators, driving and riding mechanics. The official toll was eight, including Marcel Renault of the automobile company. The race was stopped at Bordeaux and entrants were not even allowed to start their engines, as the cars were loaded onto trains to be shipped back to Paris. Open road racing was banned in France although it was later reinstated. The first wave of safety measures in motor racing was instituted. This DeDion Bouton took part in the 1903 Paris-Madrid race. It was one of four cars that the factory built specifically for this event. Two were single-cylinders and two were twins.Driven by the team of Pellisson/Bardin, the car was classified in twenty-third position overall and fifth in the light car class when the race was stopped in Bordeaux.
The 1906 French Grand Prix was the first of the national Grand Prix that now make up the Formula One series. Considering the Renault domination of today's Formula One racing, it's interesting to note that the 1906 French Grand Prix was won by a Renault using Michelin tires.
After the 1903 Paris-Madrid race, motor racing had instituted its first reforms, and would go on to prosper in the 20th Century as the second most popular sport in the world.
Marquis Albert De Dion was an industrialist and automotive genius. He pioneered many 'firsts' for the automotive industry and recognized the power and potential of the gasoline engine. He teamed with Georges Bouton, an engineer, and together they produced a self-propelled steam vehicle in 1882. To improve the ride of the vehicle a light rear axle was invented and later patented under the name 'de Dion'. In 1890 they patented a gasoline single cylinder engine and in 1895 they were producing vehicles. The single cylinder engine was also used to power sporting tricycles until 1901. In 1985 De Dion created the first automobile club and in 1898 organized an auto show in Paris, the first auto show the world had ever seen. By the close of the 1890's, the 3.5 horsepower rear-engined petite voiture had become the world's first series-production small car.Over 150 various motorcycle and automobile manufacturers bought licenses to build the Bouton and De Dion engine. By 1900 De Dion and Bouton was the world's largest maker of automobiles with annual production of 400 cars and 3,200 engines. By 1904 De Dion had supplied over 40,000 engines produced by their Puteaux facility.
In 1902 a 6 horsepower engine appeared still being placed behind the driver and powering the rear wheels. It used a two-speed expanding clutch transmission. An 8 horsepower engine was later introduced, placed under a hood in front of the vehicle and dubbed the Model K.
By 1903 a two-cylinder engine had been produced increasing the horsepower rating to 12. Two years later a four-cylinder version capable of producing between 15 and 24 horsepower, depending on configuration, had been developed.In 1908 the company produced their final 8 horsepower single cylinder engine and all models were now equipped with conventional gearboxes.In 1910 De Dion and Bouton introduced a eight-cylinder engine in 'Vee' configuration, another innovative achievement for the duo. The 6.1-liter engine was capable of producing 35 horsepower. The displacement was further enlarged to 7.8-liters and again to 14.7-liters. The eight-cylinder engine was used until 1923 when a new OHV 12-cylinder engine with aluminum pistons was introduced.With national tragedies such as World War I and the onset of the Great Depression, the De Dion company began to struggle financially. During 1927 it ceased production temporarily and when it resumed production it had a new 2.5-liter straight eight-cylinder and a 2-liter four-cylinder engine. Sales were sluggish so the decision was made to increase the displacement to 3-liters in 1930. In 1932 the last automobile produced by the De Dion Company was produced. It continued to produce trucks until the close of the 1940's when it shifted its focus to servicing automobiles, trucks, and motorcycles.
By Daniel Vaughan | Jun 2007 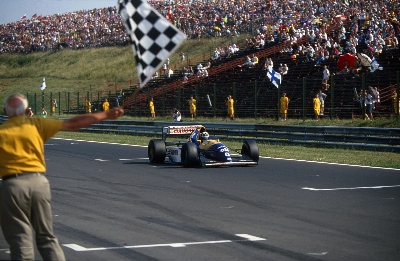 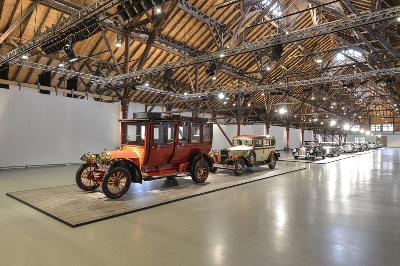