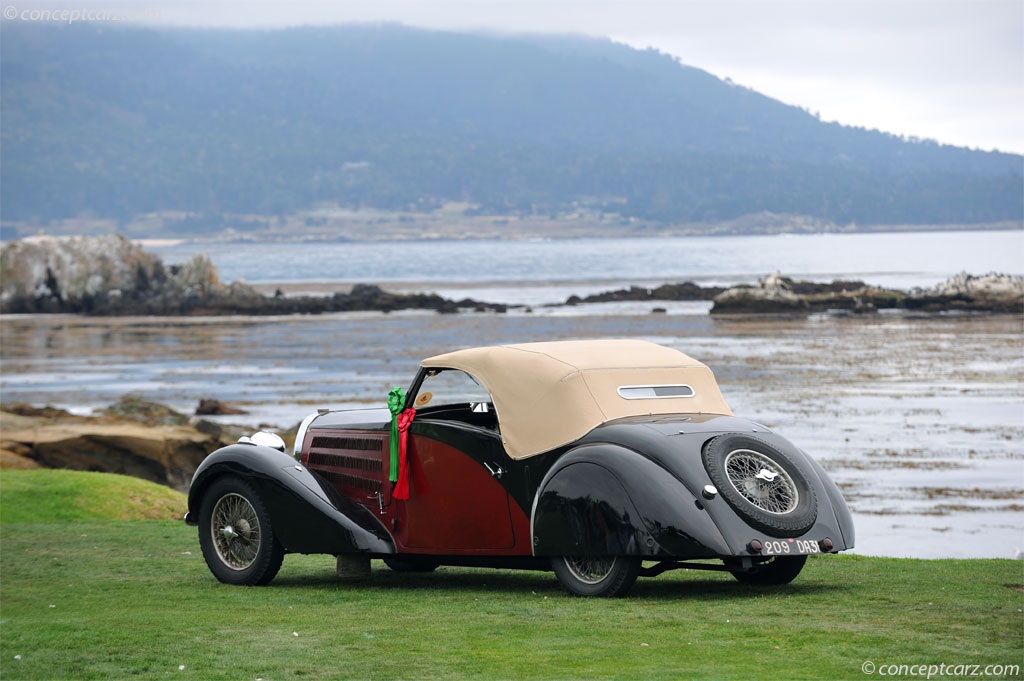 The Type 57 was a new design for Jean Bugatti, the son of Ettore - who was the founder of the Bugatti marque. The Type 57 was produced from 1934 through 1940 with a total of 710 examples being produced. Most of the Type 57s were given coachwork by so....[continue reading]

The Bugatti Type 57, introduced in 1934, incorporated many new features. It was the first new model built under Jean Bugatti's direction and with his own coachwork designs built by a number of outside companies. It can certainly be considered the mos....[continue reading]

This car was delivered in 1934 as a Type 57 Galbiar sedan. In 1937, the owner returned the car to the factory for 'Repairs' to save taxes. Only the frame and a few odd pieces were kept and a whole new car was created with hydr7aulic brakes, soft engi....[continue reading]

Bugatti 57104 was the fourth Type 57 chassis built by Bugatti. It is the oldest surviving Type 57 known. When this car was being restored it was decided to exactly recreate the famous aero coupe called the 'Elektron' Coupe or the Aerolithe.....[continue reading]

This Bugatti is powered by a 3.3 liter 8-cylinder engine developing 135 horsepower. It was originally owned by German film star Hella Harwich. Hella liked the Franay Body, which she ordered, and it is the only Bugatti with this particular body. The B....[continue reading] 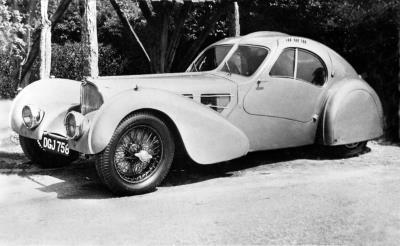