This is a 1959 F.M.R., TG-500, manufactured by Fahrzeug and Maschinenbau, Regensburg. It is commonly referred to as a Messerschmitt Tiger because of the predecessor company Messerschmitt. Tigers were produced in Germany from September 1957 thru August 1963. This car was sold new to a resident of Jacksonville, Florida and has remained in the state of Florida since that time. Tigers were proclaimed 'The Phenomenal Sports Car,' with 23 horsepower and a 90 MPH top speed. They are powered by a twin-cylinder, two-stroke, 494cc engine, with acceleration of 0-50 in 10 seconds. Its lightweight (675 pounds), maneuverability and power, combined to achieve something quite special. That is why it was called the 'Tiger.'
Approximately 300 Tigers were manufactured. Four body styles were available. The rarest of the body styles was the roadster of which this is one of ten that still exist world-wide. It is believed that this is the only roadster remaining in the United States.

Sold for $165,000 at 2015 Bonhams Quail Lodge Auction.
In 1953, the 'Fend' was introduced. It was named after its co-designer Fritz Fend, and soon the Messerschmitt Kabinenroller microcar was soon being marketed under its manufacturer's name. The change coincided with a switch from the original 148cc Fichtel & Sachs engine to a 174cc unit. The single-cylinder two-stroke engine was placed at the rear of the vehicle and produced 9 horsepower, giving the lightweight KR175 a top speed of around 55 mph. They had a Plexiglas canopy hinged sideways allowing access for the two occupants to sit in tandem style, one behind the other. The tandem seating and the handlebar controls were retained for the 191cc KR200 of 1955, which featured revised bodywork, a floor-mounted accelerator and clutch, and an improved turning circle. To operate reverse, the electric starter could be reversed, thus providing four reverse gears and the possibility of 60 mph going backwards. Later models had the diamond-shaped FMR badge, standing for Fahrzeug und Maschienenbau GmbH Regensburg. Production continued until 1964, after approximately 30,000 KR200s had been made.Derivatives followed, including the KR201 Roadster and Cabriolet soft-tops and the four-wheeled TG500 sports model, known unofficially as the 'Tiger'. Powering the TG500 was a 500cc twin-cylinder air-cooled two-stroke engine designed by the firm of Fichtel & Sachs. The TG500 also came with a reverse gear. It used the basic monocoque bodyshell of the KR200 three-wheeler along with the tandem seating and the hinged Perspex canopy. It was given a modified rear to accommodate two wheels and an independent suspension setup. In the front, the track was extended slightly. It was given 10-inch diameter wheels. The nearly 20-horsepower engine was enough to give the Tiger a top speed of nearly 80 mph. To help keep the car in the driver's control, the TG500 was given hydraulic brakes.
This example was originally finished in metallic blue over matching blue and navy tartan plaid seats. It is one of (according to the FMR TG 500 Archive) fewer than 300 Tigers produce - with just 164 of those still in existence. This TG500 was first registered in Konstanz in southern Germany in 1959. It remained in Germany, passing through the hands of three different owners before being acquired by a Dutch enthusiast in 1985 who restored the car to the condition it is in today. From the Netherlands, the car would then go to the United Kingdom and finally to Japan.
This vehicle is finished in Stratosilber over matching plaid seats. Its roadster canopy offers better ventilation than the acrylic bubble closed canopy and affords better egress than the fixed-door Sport Roadster.
By Daniel Vaughan | Oct 2015 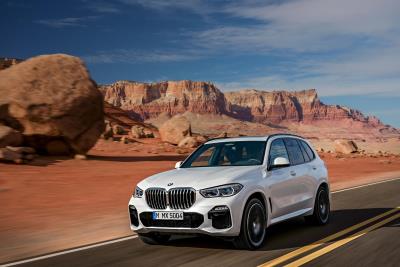