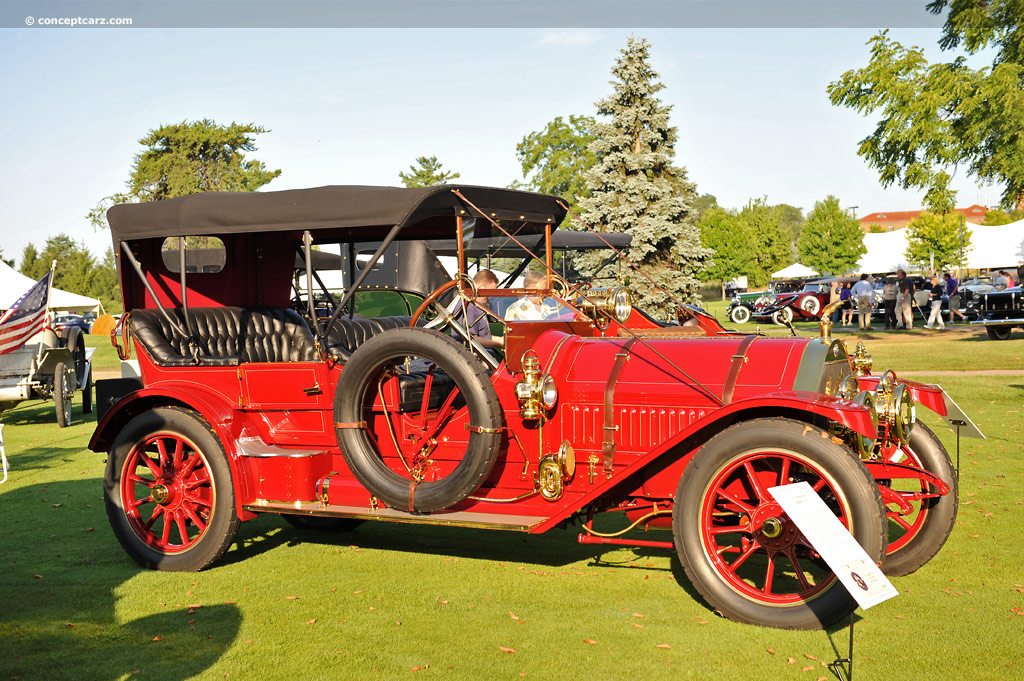 Erwin Ross (E. R.) Thomas had a successful bicycle business prior to manufacturing automobiles. He was the managing director for H. A. Lozier & Co. during the 1890s, and recognizing the potential of the newly evolving automobile business, later took over the Buffalo Automobile and Auto-Bi company, which was known for its production of bicycles and motorcycle engines. The company's name was changed in 1900 to Thomas Auto-Bi, and by 1901 Thomas claimed to build more air-cooled motors than anyone else. The Auto-Bi is generally considered to be the first production motorized bicycle made in the United States. The Auto-Bi was later joined by a three-wheeled motorcycle version known as the Auto-Tri, and the Auto-Two Tri, a motorcycle that could carry three riders.

Among the accolades earned by the Thomas Auto-Bi was establishing a new record in 1905 for a transcontinental crossing of the United States in 48 days. Demand for motorcycles continued to drop significantly over the years, and by 1912, the Thomas Motor company had discontinued all production of two-wheeled machines.

The first Thomas automobiles were introduced in 1903 and were positioned between the cheaper and more expensive alternatives. By 1905 the Thomas Company was offering larger four-cylinder cars dubbed 'Thomas Flyers' which soon gained notoriety among the faster and more flamboyant Touring cars of their day. The popularity and allure of the Thomas Flyers were fueled by their attractive and bright colors and many ornate brass accessories. The 1907 sales catalogue boasted 'You can't go by a Thomas Flyer, so go buy one!'

In a last-minute decision, E.R. Thomas elected to enter a stock 1907 model from the factory lot into one of the greatest automotive competition events of the time, the 1908 Le Matin sponsored 'The Great Race.' The route began in New York in the dead of winter and crossed the United States to San Francisco, then by ship to Alaska, and across the Bering Strait, either by ship or by ice to Siberia. The race had begun in winter to ensure that the Yukon and the Bering Strait would be covered in ice. Most of these areas and roads had never been traveled by a motorcar, and resources were limited and refueling stations were none existent. The Thomas conquered every obstacle and every problem, traveling 13,341 miles over 171 days, emerging victorious as it rolled in Paris and cementing its place in history.

As the luxury car segment migrated to six-cylinder power, Thomas followed by extending their existing four with two extra cylinders. With a massive 5.5-inch bore and stroke, the Thomas six displaced 12.9 liters and developed more than 70 horsepower, making it by far the largest engine available and one of the largest production engines ever installed in an American automobile. It was a T-Head unit with a single carburetor and backed by a four-speed manual transmission with chain final drive. The ignition, perhaps owing to lessons learned on their trials around the world, came from a 'belt and braces' system of coil and magneto. Braking was controlled by two-wheel brakes.

The new 'six' was called the Modek K or 6-70 and was priced at $6,000 in Touring configuration, with options of 'Tourabout' or 'Flyabout,' and a seven-passenger Touring bodystyle. The wheelbase measured 140-inches and employed a semi-elliptic leaf spring suspension.

Despite its successes and ingenuity, the company entered receivership in 1912 and was purchased by Empire Smelting & Refining Company owner C.A. Finnegan. The company survived a few more years but was eventually shut down between 1918 and 1919.
by Daniel Vaughan | Sep 2021

The Erwin Ross (E.R.) Thomas Motor Company produced automobiles from 1902 through 1919 in Buffalo, New York. The first cars produced by the company appeared in 1903 and were mostly small runabouts with seating for two. The company had begun like so many other automobile manufacturing firms at the time - through a bicycle business. Thomas had been building bicycles for several companies before making....
Continue Reading >>

The Thomas Flyer gained fame in 1908 by winning the New York to Paris Race, the first around-the-world automobile race ever held. Founded in 1900 by E.R. Thomas to build motorized bicycles, tricycles and motorcars, in Buffalo, New York, the company l....[continue reading]