Rugged and refined, combined.
The 2006 Pilot makes a bold statement wherever it goes, whether it's a weekend adventure to the mountains or a daily commute through the urban jungle. And now the Pilot comes in 2WD and 4WD models, both with an advanced 3.5-liter, 24-valve, 244-hp, V-6 engine. Its newly updated exterior design features clean, uncluttered lines, a wide, strong stance and a spacious, versatile interior. New safety and engineering features abound, and luxurious extras have been added for even more comfort and convenience. So you can rough it in the middle of nowhere and still enjoy some of the comforts of home.

The Honda of SÚVs: Big on the Environment
The old adage 'Take only pictures, leave only memories' is well known to most nature-loving Pilot owners. As an Últra-Low-Emission Vehicle, the Pilot takes that sentiment one step further by supplying enough power to get you and your fellow trail-blazers out to appreciate nature, while leaving fewer emissions behind. Now that's a good trail buddy.

The Pilot makes any path you choose into a fun ride. The 3.5-liter V-6 engine supplies 244 hp and 240 lb.-ft. of torque; and models with 2WD can tow up to 3,500 lbs., while models with 4WD can handle up to 4,500 lbs. The Programmed Fuel Injection and direct ignition system also enhances efficiency and power.

The new 2WD models are equipped with a standard Variable Cylinder Management (VCM) system that combines Pilot muscle with added efficiency. VCM is designed to boost mileage and economy without sacrificing power when and where you need it. While under light engine load conditions, the VCM system deactivates the three rear cylinders. This pioneering technology lets you go longer between fill-ups and enables an EPA highway rating of 24 mpg. Happy trails.

The i-VTEC® engine enhances the effect of VTEC® on the V-6 engine by adding variable timing control, or VTC. VTC is a hydraulically operated system that controls the timing of the chain-driven intake camshaft, advancing or retarding it during the intake cycle.

The Programmed Fuel Injection and direct ignition system provide efficiency and power. All Pilot trim levels for '06 now give you the option of 2- or 4-wheel drive to suit your needs. Either way, you'll feel the benefits of a rigid body that resists torsional and bending forces. And fully independent suspension provides precise handling as well as a surpassingly smooth, supple ride.

As evidence of Honda's dedication to safety, the Pilot has received a 5-star rating in frontal- and side-impact testing by the National Highway Traffic Safety Administration (NHTSA).* In fact, several 2005 Honda models have received this 5-star crash-test rating, the highest offered by the NHTSA. And additional safety features have been added this year, including three-row side curtain airbags with rollover sensor and Vehicle Stability Assist (VSA®) with traction control. Plus, Pilot models with the navigation system feature a standard rearview camera that helps you watch for obstacles when you select the reverse gear.

In the event of a moderate-to-severe frontal impact, the dual-stage, dual-threshold front airbags inflate and deflate in a fraction of a second and are designed to help prevent serious head and upper-body injuries.

In the event of a moderate-to-severe side impact, the side airbag inflates to help protect the driver's or front passenger's upper body. Plus, the Occupant Position Detection System (OPDS) utilizes sensors in the front passenger's seatback to detect the height and seating position of the occupant. If a child or small-statured adult is leaning into the deployment path of the side airbag, sensors deactivate it.Source - Honda 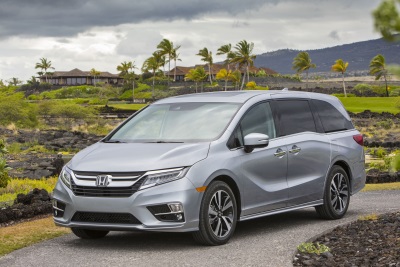 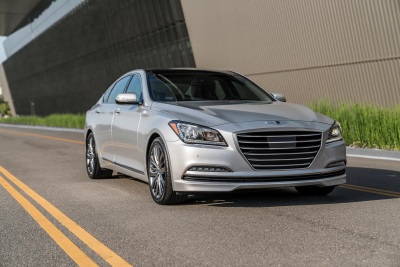 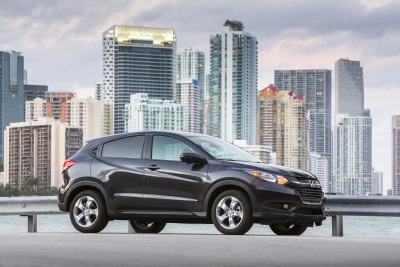 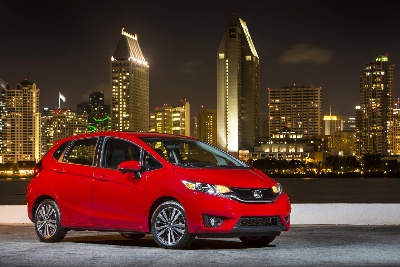 Subcompact Fit achieves both an NCAP 5-Star Overall Vehicle Score and an IIHS TOP SAFETY PICK rating Fit is the fifth Honda vehicle for 2015 to achieve top crash safety ratings from both from IIHS a... 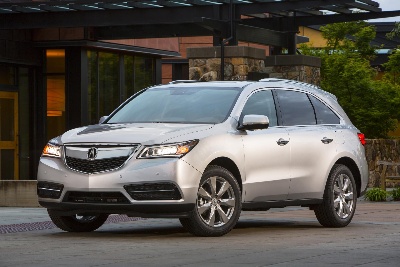 03122014 - TORRANCE, Calif. -- Hondas efforts in the areas of enhanced driver visibility have been recognized by the National Highway Traffic Safety Administration (NHTSA) as part of its 5-Star...
© 1998-2020. All rights reserved. The material may not be published, broadcast, rewritten, or redistributed.