The Mitsubishi Pajero/Montero Evolution was developed from the Super Production car regulations that came into force from 2002. The original design was the brainchild of Olivier Boulay, the former Head of Design at Mitsubishi Motors. The car was based upon the Mitsubishi Pajero/Montero Evolution and Evo 2+2 concept cars and, like all Super Production class models, was limited to a maximum width of 2000 mm and a maximum wheel travel of 250 mm.

The base model was launched at Frankfurt and a refined version was shown at the Geneva Motor Show in March 2002. The motor sport program began in June 2002, in conjunction with MMSP's Team Director Dominique Serieys and Technical Director Thierry Viardot. The prototype was tested extensively in the wind tunnel. The original Pajero/Montero Evolution MPR10 (MPR standing for Mitsubishi's factory code name for each model) complied fully with the new regulations. Mitsubishi introduced several modifications to the original Mitsubishi Pajero/Montero Evolution after a detailed test session in Morocco in July 2003.

The major development was the successful transition from a 3.5-litre V6 engine to a 4.0-litre V6 unit. FIA Cross-Country technical regulations allowed engine capacity increases in a minimum of 500 cc increments. The power plant was built and developed in Japan. It was used for the first time during the two-week test in Morocco and powered the factory cars during the 2003 ÚAE Desert Challenge. Modifications were also made to the suspension set-up and these were put into practice in the ÚAE Desert Challenge in 2003. MMSP used Brembo brakes, a 500-liter fuel tank was retained, but the minimum weight was extended from 1750 kgs to 1825 kgs as per the FIA technical regulations. The interior roll cage was reinforced around the windscreen and roof areas.

Torque and throttle response was improved considerably and maximum torque increased from 36KG-M to 43 kg/m at 3500 rpm - a 19% improvement. The original Pajero/Montero Evolution engine was lowered by 100 mm and placed 300 mm back for a lower center of gravity to optimise weight distribution. Mitsubishi retained a six-speed sequential gearbox, although a new Kinetic and hydraulic anti-roll bar system was tested extensively in Morocco and used for the first time during the 2003 ÚAE Desert Challenge.

But Mitsubishi knew that to remain competitive against improving competition, then the MPR10 would need to be further developed and improved. The MPR11 was the result of many months hard work by the team at Pont-de-Vaux and it made its competition debut in the hands of Stéphane Peterhansel and Jean-Paul Cottret during the 2004 ÚAE Desert Challenge. Team mates Hiroshi Masuoka and Andreas Schulz used the existing MPR10 in Dubai to enable MMSP technicians and engineers to make a comparison between the two cars in adverse conditions.

The new MPR11 offered increased torque, especially at lower engine speeds, although it delivered a similar power output to the MPR10. Mitsubishi carried out exhaustive tests in Morocco with various suspension settings and there were subtle improvements to the suspension. The MPR11 benefited from improved weight distribution and had a lower center of gravity to improve handling, cornering and road holding. Peterhansel and team mate Luc Alphand went on to take first and second overall in the 2005 Dakar Rally with the MPR11 to retain the Pajero/Montero Evolution's unbeaten record on the Dakar Rally.

But Mitsubishi Motors team management knew that to stand still in terms of car development was asking for trouble and work had began even before the 2005 Dakar Rally on a revised MPR12 version of the all-conquering car. Components were tested on events during the course of the season and Mitsubishi again utilised two rigorous test sessions in Morocco in June 2005 and September 2005 to ensure that the changes and revisions to the car were worthwhile.

''The plan was to make sure that every component on the Mitsubishi Pajero/Montero Evolution was capable of completing an entire Dakar Rally,'' admitted Technical Director Thierry Viardot. ''That is not to say that we intend to use parts for the entire race. There are many parts which will be replaced as the need requires and on the rest day, but we wanted to make sure that MPR12 was fully reliable.''

Viardot admits that the extra weight of a full tank of fuel can be critical. ''A full tank of 500 litres weighs around 400 kgs and that is a lot of extra weight to carry at the start of a day. FIA regulations state that a car in this category must have a fuel range of 800 kms. Weight distribution is so important with this car. With the fuel tank in the back and the engine in the front, a 50:50 weight distribution is arrived at with around 250 liters of fuel in the car.

''We have completely revised components such as the differentials and the dampers. These suspension parts can experience staggering temperatures of up to 200 degrees Centigrade over terrain like camel grass. The new differentials have the same settings as the older ones, but have been designed for reliability, We have spent many hours working on damper and suspension settings and fine tuning what we have.''

An adjustable engine inlet port has been replaced by a fixed inlet port and the team has been forced to adapt the damper settings with the abolition of the Kinetic or hydraulic anti-roll bar system. Magnesium has been replaced by aluminium as a base metal for the wheels, although Viardot admits that each aluminium wheel weighs around five kilograms more than its magnesium predecessor.

Work has been carried out on engine performance and torque characteristics of the engine and Viardot stresses that individual set-ups have now been devised for differing road and stage conditions - be it hot twisty summer stages in Spain where the brakes are crucial, cool Dakar desert stages in Mauritania or the baking heat of the dunes of the Únited Arab Emirates, where engine and transmission cooling is critical.Source - Mitsubishi Motorsport 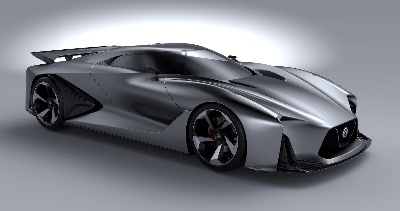 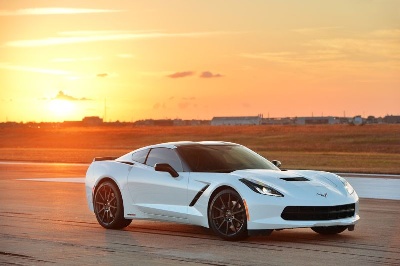 Akio Toyoda hosts event showcasing commitment to design NEW YORK (April 19, 2013)—In its ongoing pursuit of innovation, Lexus is pushing the boundaries of technology, craftsmanship and design. This dedication to design was celebrated at...
© 1998-2021. All rights reserved. The material may not be published, broadcast, rewritten, or redistributed.