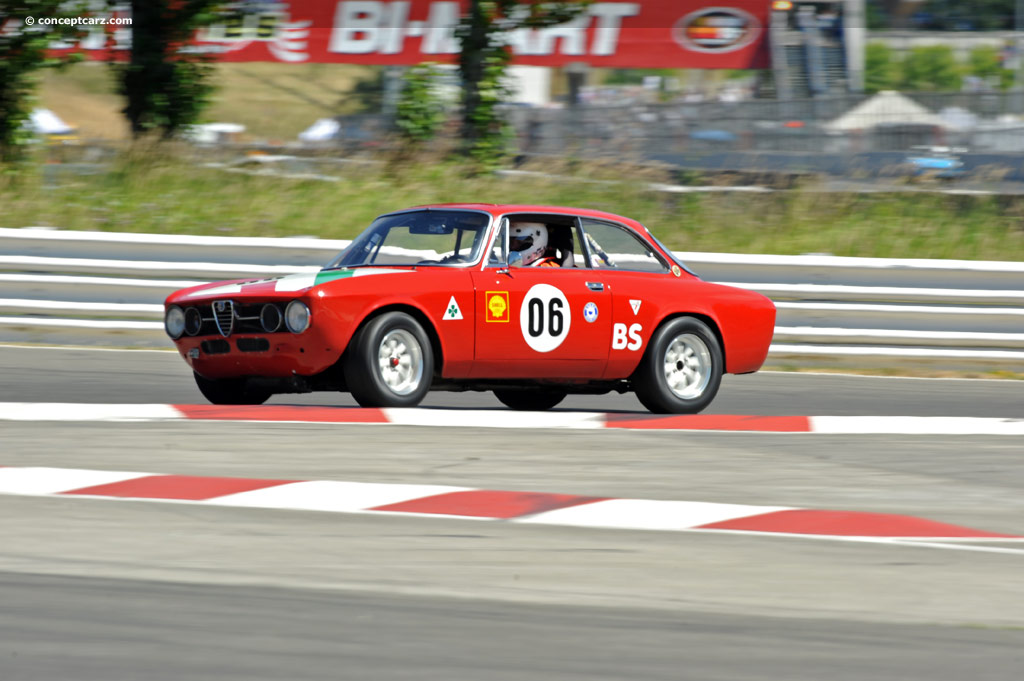 Power was courtesy of a 1779 cc twin-car four-cylinder engine which produced about 130 horsepower and 140 foot-pounds of torque. The five-speed manual gearbox was all-synchromesh with a hydraulic clutch.
By Daniel Vaughan | Nov 2006^Every time I see an Alfa Romeo, I tip my hat,' said Henry Ford. A class completely on its own, the Milan based company has produced both auto sport and sports vehicles since 1910.

Alfa Romeo launched the newly restyled 1750 GTV in parallel to the debut of the new 1750 Berlina or saloon for 1967. The 'V' in GTV represented the Bertone coupe's high-performance 'Veloce' specification. The 1750 GTV retained the original basic body....[continue reading]

The 1969 Alfa Romeo 1750 GTV European model is very rare in the US. This very car was delivered to the original owner at the Alfa Romeo factory in 1969. It was then taken to the Panama Canal Zone. The car was purchased by the current owner in Octo....[continue reading]

This 1969 Alfa Romeo 1750 GT Veloce was completed by the factory on June 10th of 1969. Upon completion it was sent to the United States and to its first owner, living in San Francisco. Many years later, in 2005, the car was purchased by Bob Cozza a....[continue reading]

At a time when Maseratis financial picture couldnt have looked more bleak, it would be enticed to build what many would end up considering to be one of their finest sportscars ever. It would even be...
© 1998-2020. All rights reserved. The material may not be published, broadcast, rewritten, or redistributed.