The Plymouth Satellite was part of the lineup for nearly a decade, from 1965 to 1974, and initially offered as the top trim model in the 'B' platform Belvedere line with two-door hardtop and convertible body styles. The Valiant, Valiant Signet and Barracuda rested on the 106-inch wheelbase, the intermediate-sized Belvedere and Satellite used a 116-inch platform, and the Fury and Sporty Fury were slightly larger at 119-inches.

The new Road Runner occupied the medium-priced high-performance segment and was positioned between the Belvedere and Satellite, in regards to price and features, and came standard with the 383 CID four-barrel V8. The Belvedere I, Belvedere II, and Belvedere III nameplates disappearaed and were now simply called the Belvedere. The GTX was the top-level trim, offered as a hardtop coupe and convertible (the same as the Sport Satellite), and wore a dual scoop hood, GTX identification, and equipped with the 440 'Super Commando' V-8 and heavy-duty brakes, suspension, shocks, and battery.

1968 Plymouth Satellite
The Satellite was above the Belvedere and below the Road Runner in regards to price and features. The Satellite sedan was priced at $2,550 and the hardtop coupe was approximately $20 higher. The convertible was priced at $2,830, the six-passenger wagon at $2,865, and the nine-passenger version at $2,970. The most popular was the hardtop coupe with 46,439 examples built, followed closely by the sedan with 42,309 units built. The convertible was the most exclusive with 1,771 examples constructed. 12,097 examples of the six-passenger wagon and 10,883 of the nine-passenger were built.

The Satellite came standard with a three-speed manual transmission, or optional automatic or four-speed manual with floor shift controls. The standard engine was the 225 CID inline-6 with overhead valves and 145 horsepower at 4,000 RPM. The 273 CID V8 with 180 horsepower was optional, along with the 'Commando' 273 CID V8 with a four-barrel carburetor and 235 horsepower. The 318 CID V8 delivered 230 hp and the 440 CID V8 (standard in the GTX) had 375 hp.

Styling features of the Satellite included wide rocker moldings on the station wagon, chrome window frames and gutter rails, and upper belt moldings. The 'Satellite' name appeared on the fenders in script.

The four-door sedan was priced at $2,635, the hardtop coupe at $2,660, the convertible at $2,875, and the six-passenger wagon at $3,000. The nine-passenger wagon approximately $105. The standard engine was the 273 cubic-inch inline-6 with overhead valves, a cast-iron block, four main bearings, solid valve lifters, a Carter carburetor, and delivering 190 horsepower at 4,400 RPM.

The Sport Satellite wore additional moldings along its 'B' pillar and wheel openings, chrome door frames on sedans, an accent stripe, and equipped with foam front seats. The convertibles had bucket seats. The Sport Satellite, with the same body styles as the Satellite, was approximately $275 higher, with the range-topping nine-passenger wagon listed at $3,350. The Sport Satellite was offered solely with eight-cylinder power, with the standard engine being the 318 cubic-inch eight (optional on the Satellite) with overhead valves, five main bearings, hydraulic valve lifters, a Carter two-barrel carburetor, and 230 horsepower at 4,400 RPM.

The Satellite hardtop coupe and four-door Sedan were the most popular with 38,323 and 35,296 units respectively. 1,137 examples were convertibles, 5,837 were the six-passenger wagon, and 4,730 were the 9-passenger wagon.

Introduced in 1965 as the top model in Plymouths mid-size Belvedere line, the Plymouth Satellite used Chryslers mid-size B platform. The Satellite was available with the newly optional Street Hemi engine in 1966. This engine came to compete with the two 4-barrel carburetors and 10.251 compression. This body style remained for the following year with only minor trim changes. All mid-sized....
Continue Reading >> 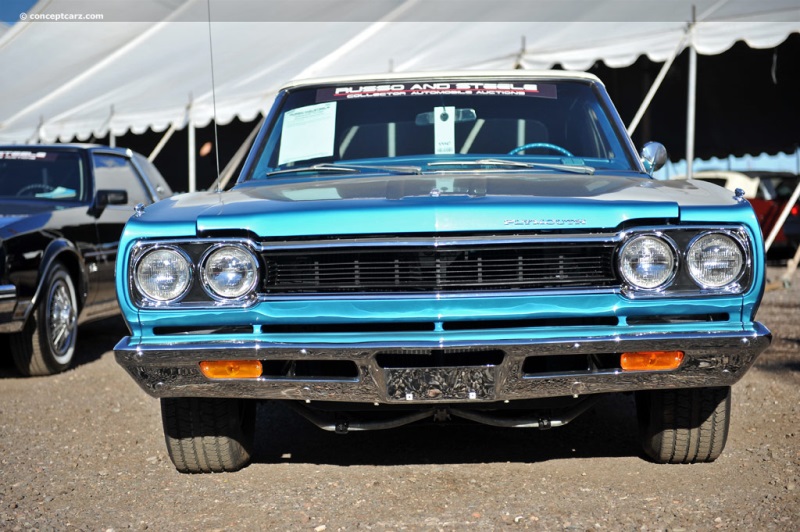 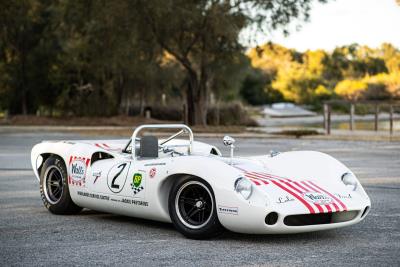 Once Driven By Sir Stirling Moss, Extensively Raced Lola Offered To Global Bidders Through June 23 A 1965 Lola T70 MK1 Spyder, one of few built by the marque and a rare example raced under Ford V8 power, is now live on the Collecting Cars auction...