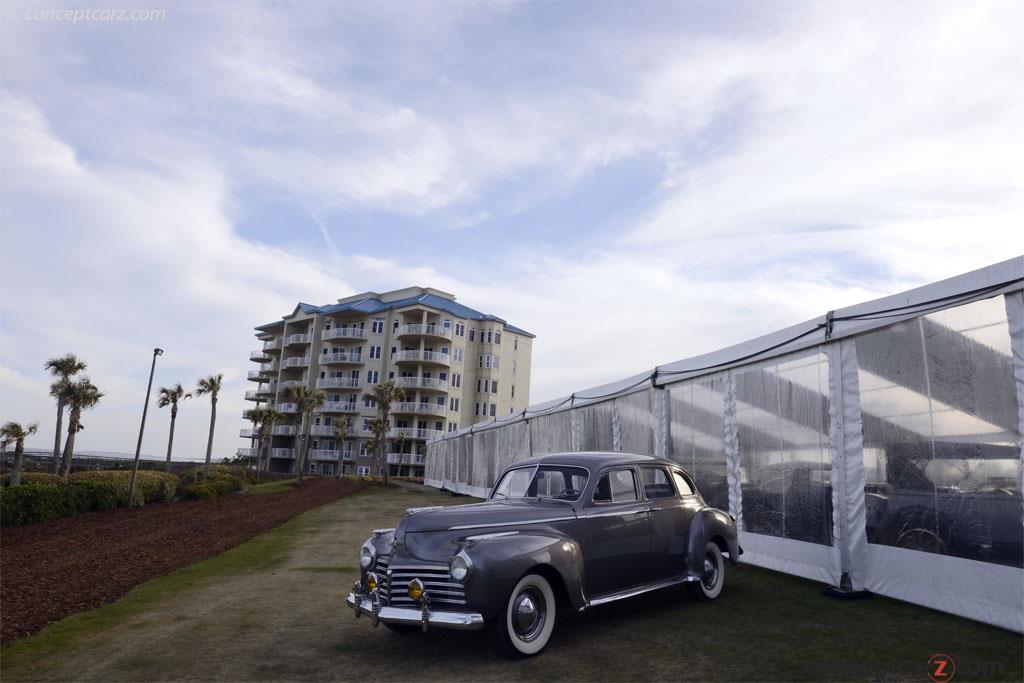 Known for developing high-quality vehicles, the Chrysler Corporation was established by Walter Percy Chrysler on June 6, 1925. Existing as an independent company from 1925 until 1998, it was then purchased by Daimler-Benz.

Releasing a fairly new design for the time, the 1940 Chrysler Windsor was a convertible type that was very attractive to consumers. The option of an adjustable top was a very pleasant feature for buyers. The convertible type was fairly new at the time and extremely popular.

Equipped with the newly developed Fluid Drive transmission system that allowed the driver to shift without using the clutch, the Windsor was a rear-wheel-drive car that had an S6 configuration. The 1940's Windsor was capable of producing 108 bhp at 3600 rpm.

A new batch of Windsor models was released by the Chrysler Corporation in 1953. Continuing in rear-wheel-drive form, the engine was situated in the front. This time around a V8 engine powered the Chrysler Windsor. Capable of a very secure ride, the new Windsor featured a 230 bhp and torque of 310 ft-lbs. A 3-speed automatic transmission was now offered. Able to seat up to five passengers, the new Windsor was both roomy and comfortable.
The final Chrysler Windsor known to Americans was introduced in 1961 for only two years, 1965 and 1966. In Canada, the Chrysler Corporation released a Windsor model basically equivalent to the Newport in the U.S. for those years.

Until the 1961 model year, the Windsor was the Chrysler price leader until the Chrysler Newport took the spot. The Windsor name was replaced in 1962 by the non-lettered series Chrysler 300.

Today the Chrysler Windsor is considered to be a vintage car though at one time it truly did make its mark in the automobile world.By Jessica DonaldsonFormerly a U.S. based automobile manufacturer, the Chrysler Corporation and all of its subsidiaries are now part of the American and German based DaimlerChrysler AG after being acquired by Daimler-Benz in 1998.

The last Chrysler Windsor was produced in 1961 for two years only, 1965 and 1966. In Canada the Chrysler Corporation produced a Windsor model equivalent to the Newport in the U.S. for those years. Chrysler's price leader until the 1961 model year, the Newport replaced the Windsor as the marques price leader. The non-lettered series Chrysler 300 replaced the Windsor name in 1962.

A significant step away from the boxy, woody model, the 1941-1942 Chrysler Windsor Town & Country was the new modern station wagon. Featuring a streamlined steel roof and tailgate doors that opened like a clam-shell via outboard hinges, the new Chrysler was somewhat sedan-like in appearance. The performance of the Windsor was leisurely with Chrysler's L-head six and semi-automatic Fluid Drive.

The Chrysler Windsor Highlander was introduced in 1940 and shared the same distinctive trim package as the larger New Yorker Highlander – Scottish plaid cloth and leatherette upholstery. The six-cylinder vehicle had an eye-catching interior and was a smooth ride.By Jessica Donaldson

The pre-War Chrysler Town and Country, produced in 1941 and 1942, was an expensive, deluxe vehicle that was built on the Windsor chassis and trimmed in leather and hand-finished to the highest standards. Many considered these limousines for the count....[continue reading]

Chrysler came into being in 1924 when Walter P. Chrysler realized his longtime dream of building a car of his own creation. Previously, he had been a plant manager at Buick for nine years, and then took over the management of Wills-Overland. He remai....[continue reading]

For 1941, Chrysler was the tenth best seller in the model year and the eighth largest producer of American cars in the calendar year. They offered thoughtful features, attractive styling, sound value, and excellent engineering. ....[continue reading]