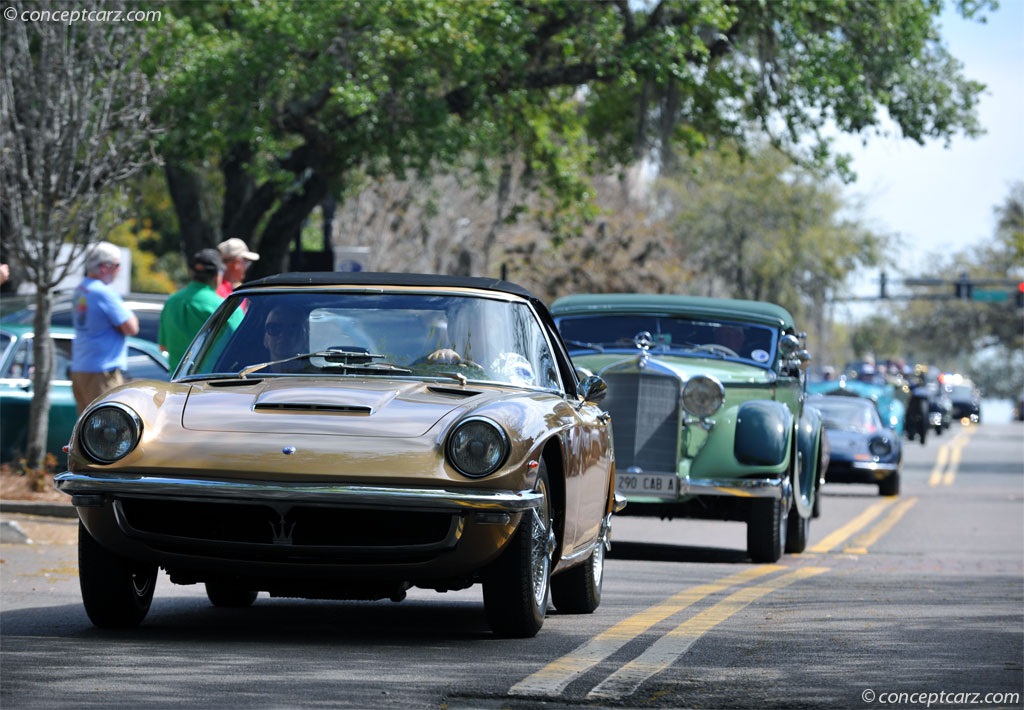 In 1963, Maserati introduced the Mistral at Auto Shows and a year later the production version was ready. Initially, the vehicle was to be outfitted with a 3.5-liter power-plant, however, the production version received a 3.7-liter engine. It was a derivative of the engine used in Maserati's motorsport. The cylinder head had hemispherical combustion champers, Lucas indirect fuel injection, and chain-driven camshafts. Mounted under the gently sloping hood, the 245 horsepower six-cylinder engine powered the rear wheels and could propel the vehicle from zero to sixty in 7 seconds.

The Mistral was outfitted with a ZF 5-speed gearbox, disc brakes on all four corners, and the traditional Borrani wire wheels. The later models had light-alloy wheels. The interior was plush, elegant, and inviting with rich leather bucket seats. A hardtop could be purchased as optional equipment for the Spyder version, making it more versatile.

In 1963, Maserati began naming their cars after the winds - the 'Mistral' blows across the Mediterranean bringing clear, fresh weather and helping create the climate of Provence.....[continue reading]

After the frustration 1957 season, Maserati concentrated on building high-quality gran turismos based on its magnificent dual overhead camshaft, twin-ignition six-cylinder engine. Proven in grand prix competition in the 250S and equally succes....[continue reading]

Total 1966 Maserati Mistral production: 0
© 1998-2021. All rights reserved. The material may not be published, broadcast, rewritten, or redistributed.