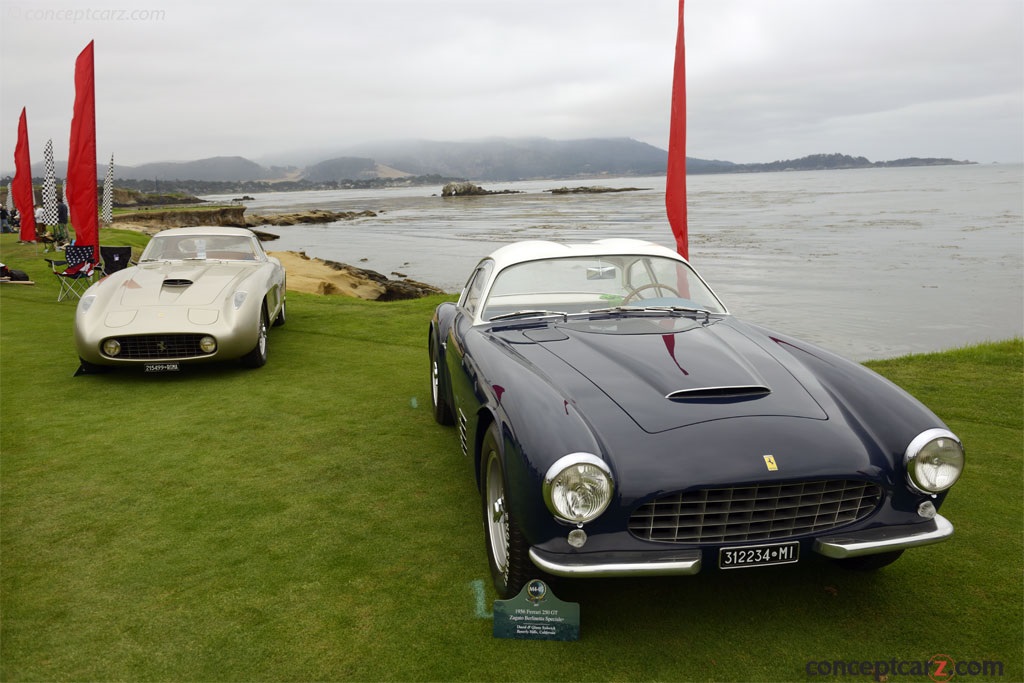 Scuderia Ferrari was created in 1929 by Enzo Ferrari, who had initially intended to call the company Mutina from the Latin name for Modena. The purpose of the newly formed company was to organize gentlemen drivers into a team to make it easier for them to compete in motor races. At the same time, Ferrari became the racing team coordinator for Alfa Romeo, overseeing and managing the development of the factory Alfas. While Ferrari lacked the talent and skill of the elite racers of the era, he would continue to race until the birth of his son, Alfredo in 1932. Under the Scuderia banner, the Alfas were raced with much success, in particular the twin-engined car built by Bazzi and the Alfetta 158 built in Modena by Ferrari. Not all partnerships last forever and a falling out between Ferrari and Alfa Romeo was inevitable. After a difference of opinion with one of Alfa's directors, Ferrari left Alfa Romeo at the end of 1939. Although still under contract to Alfa Romeo and not allowed to build cars or go racing under his own name for four years, Ferrari opened a factory in Modena. He was joined by a small team of ex-Alfa Romeo employees who assisted in building two eight-cylinder sorts. These were called Auto Avio Construzione 815s (8 for the number of cylinders and 15 for the 1.5-liter capacity). In 1940 both cars led their class in the Mille Miglia before retiring. Ferrari's racing ambitions were put on hold with the outbreak of World War II.

During the war, Ferrari manufactured machine tools while keeping his gaze on the future and the return to racing. When peacetime resumed, the first real Ferrari was built in 1946 - the Ferrari 125 and the start of a legendary stable. Its creation was impressive, particularly in post-war Italy where people were struggling to rebuild, survive, and return to some sort of 'normal.' The design team was led by Gioachino Colombo, who designed the Alfetta 158 for Ferrari in 1937, While the Alfetta employed a straight-eight cylinder engine, the Ferrari 125 was given a complicated V12.

The first Ferrari with the mark of the rampant black horse on a yellow background, with the colours of the Italian flag above and the long F below, appeared in 1947. This symbol had been with Enzo Ferrari since he was a young racing driver in the 1920s and was from the fuselage of the Italian First World War flying ace. It was suggested to Enzo that he use it as a good luck charm. The yellow background of the Ferrari trademark represents the colours of the city of Modena.

With luck, experience, and sound engineering, the Ferrari's racing success was immediate. Of the fourteen races the team entered in1 947, they won seven. The following year, they earned ten victories from twenty-eight events. In 1949, the success continued with thirty victories from forty-nine races.

1950 marked the start of the Formula 1 World Driver's Championship and Ferrari quickly proved to be a top contender. In April, Giannino Marzotto, wearing a suit and tie, with Crosara sitting next to him in their Ferrari Berlinetta, won the Mille Miglia. The following month Ferrari took three victories in one day – in Italy, Switzerland and the United States. Briggs Cunningham's win at Suffolk County Airport in his Ferrari was the marque's first in America, and the beginning of an expansion into the lucrative American market.

In 1952, Ferrari won its first World Driver's Championship with Alberto Ascari driving the type 500. It was also the year that Ferrari began its collaboration with Pinin Farina, beginning with the 212 Inter cabriolet. Other models built during that year were the 250 GT Europa, 340 Mexico, and the 340 Mille Miglia.

In 1953, Alberto Ascari won the driver's championship again and Marzotto, Farina, and Ascari won the World Constructors' Championship for Sports Cars driving the 340 MM and 375 MM. This was created in 1954 with the 375 MM and 750 Monza with drivers Farina, Maglioli, Gonzales, Trintignant, and Hawthorn.

Ferrari used the 1954 Paris Motor Show to introduce the 250 GT, the start of a class of vehicles that would carry legendary names such as the Testa Rossa, GTO, and Tour de France.

The final 250 MMs were built by 1954 and work began on what would become the 250 GT Berlinetta Tour de France (TdF). The 2,600mm wheelbase was built using a stronger tubular chassis design with the elliptic leaf spring suspension replaced with wishbones, coil springs and shocks. The Colombo Tipo 112 short block V12 engine - later further developed and re-designated Tipo 128B, C and D - was installed into the prototype Pinin Farina Berlinetta chassis, number 0369 GT. Three more Pinin Farina built examples were built between April and July of 1955, with similar appearance to the 250 MM. Another example was shown at the Paris Salon in October and was the first design with many side louvres. Two additional prototypes were built by Pinin Farina with one going into the ownership of Marquis de Portago from Spain, who scored his first victory for the car in December 1955 at Nassau, Bahamas.

The 1955 racing season was deeply scared by the tragedy at the 24 Hours of LeMnas, when Levegh's Mercedes was launched into the crowd, killing eighty people and injuring another two hundred. In response, the Gran Turismo category was created with an engine capacity of 3.0 liters.

250 GT Tour de France
At the 1956 Geneva Motor Show, Scaglietti displayed a prototype which would become the limited production, series I, fourteen louvre 250 GT Berlinetta. Production began in November of 1956 and would be the first of five series of 250 GT Berlinettas. The Series II cars were introduced in mid-1957 with three louvres and covered headlights, and just fifteen were produced. Twenty-nine series III cars were built; these retained the covered headlights but had just a single louvre. In compliance with a new requirement in Italian law, eight examples with a single louvre and open headlights were built in 1959. Zagato also bodied five lightweight examples which were intended for competition.

The 250 GT Berlinetta would enjoy a very successful competition career, beginning in 1956, and would win more raced than either of its successors - the 250 GT SWB and the GTO. In 1956, Olivier Gendebien won the GT class in the Tour of Sicily and Alphonso de Portago won the Tour de France. The Tour de France was nearly five thousand kilometers around France (sometimes it went into Italy, Belgium or Germany) and took five or six days to complete. There were six circuit races, two hill climbs and a sprint. A Spanish nobleman named 'Fon' de Portago is credited with giving the Ferrari 250 GT Berlinetta its sobriquet – The Tour de France. de portago was a three-time French amateur champion jockey, world-class swimmer and part of the Spanish bobsledding team in the 1956 Winter Olympics. Sadly, he perished in 1957 at the Mille Miglia just 40 kilometers from the end when his rear tire blew out on his Ferrari 335. His co-driver Nelson and eleven spectators also perished.

From 1956 through 1959, less than one-hundred 250 GT's would be given the prestigious title. Most of the exteriors were handled by the famous Italian coachbuilder Scaglietti and a few by Zagato. Throughout its life span, the exterior was modified to include front wings, covered headlights, three vent side panels, single ventilation ducts, and various other enhancements. Under the hood, the horsepower ranged from 230 to 240. The engine was mostly fitted with three twin-choke Weber 36 DCL downdraught carburetors. The engine was placed under the front bonnet and powered the rear transaxle. The Colombo 60-degree V-12 powerplant had a displacement of 2953 cc. The top speed, under the most modified circumstance, was around 145 mph with could go from zero to sixty in less than seven seconds. Ferrari used their all-synchromesh four-speed gearbox.

Enzo Ferrari and his team had an uncanny knack for predicting the future of motorsport and for creating a chassis that would absolutely dominate. After the Le Mans tragedy in 1955, the FIA regulations would lend themselves to facilitating a design Fe....[continue reading]

Scuderia Ferrari was created in 1929, although Enzo Ferrari was initially going to call the company Mutina from the Latin name for Modena. The goal was to organize gentlemen drivers into a team to better compete in motor races. Enzo was the racing ....[continue reading]

The Tour de France title was awarded to Ferrari for winning the famous French event. From 1956 through 1959, less than one-hundred 250 GT's would be given the prestigious title. Most of the interiors were handled by the famous Italian coachbuilder Sc....[continue reading]

All but five of the Ferrari 250 GT long wheelbase chassis were bodied by Scaglietti. This Ferrari is one of the five exceptions, each of which was designed by Zagato and each of which were unique. It was built for one of Ferrari's best clients, Vladi....[continue reading]

This Ferrari 250 GT Tour de France was the winner of the 1956 Tour de France Auto. It is the ninth example of fourteen first-series cars and the seventh of only nine to be clothed in Scaglietti's louver-less coachwork. The car was originally sold to ....[continue reading]