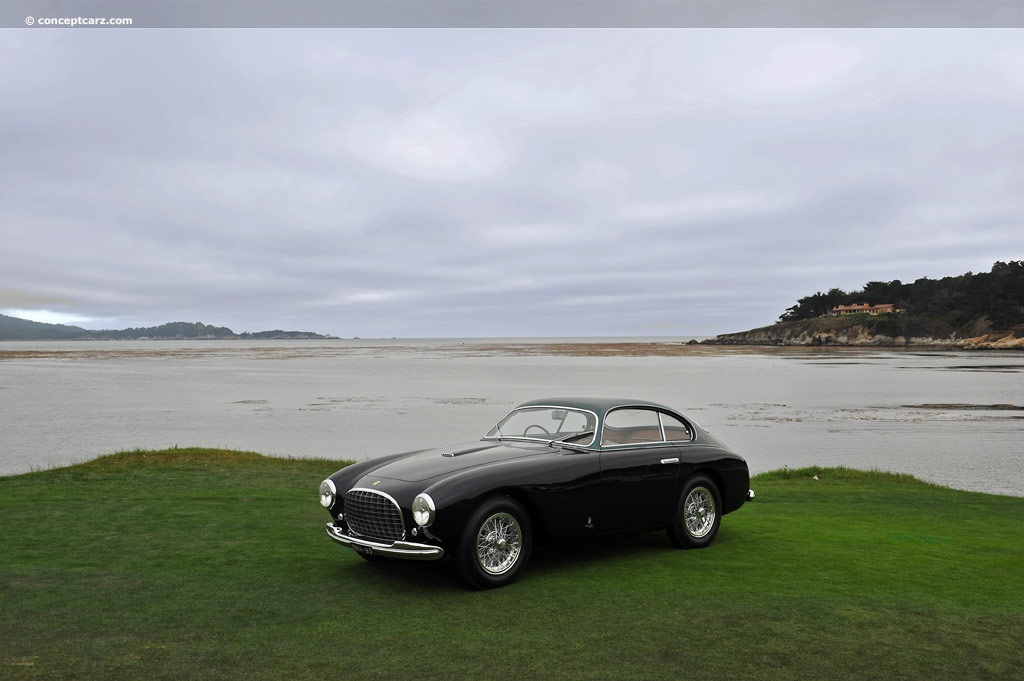 The 166 Inter was powered by a 2-liter V12 engine and produced 115 horsepower. These were road cars and were given odd chassis numbers. The even chassis numbers were reserved for the vehicles that were intended for racing. The bodies of the Inter vehicles were mostly Berlinetta and Coupes. At first, Touring handled most of the road going body construction but it was not long before Vignale, Ghia, Pinin Farina, and others were creating custom coachwork. The 166 Inter was mechanically similar to the racing versions; it was 25 horsepower shy of its racing sibling. The suspension was wishbones in the front and a live rear axle. The chassis was a simple steel tubular frame. A replacement was created in 1950 after around 40 examples of the 166 Inter were produced. The displacement of the engine was enlarged to just over 2.3 liters which resulted in a unitary displacement of 195cc. Thus, the 195 Inter came into existence. A year later, the engine was enlarged even further resulting in the 212 Inter. After a year of production and with only 142 examples being created, the production of the 212 Inter ceased.

Ferrari had found the car it had been looking for in the 166. Not only was it the perfect car for the track, but it also introduced the Ferrari name to the customer as well. It was a great car, but in Enzo's relentless pursuit for perfection and neve....[continue reading]

In the 1950s, the Ferrari 212 Export became the race car of choice for premier events such as the Tour de France, Mille Miglia and Carrera Panamericana. It followed Ferrari's first production racing car the 166 MM. The 212's finest hour came perhaps ....[continue reading]

This Ferrari is one of just two 212 Exports bodied by Vignale as a Cabriolet. Upon completion of the chassis in June of 1951, Ferrari sent this Export to Turin where Alfredo Vignale bodied it in its current coachwork. Original details include a 'cruc....[continue reading]

This Ferrari 212 Export Berlinetta, chassis number 0108E, won a Special Award at the 1995 Pebble Beach Concours d'Elegance, after it was driven from Wisconsin to the show by Tom Caulfield. These Berlinettas are closely related to Ferrari's first prod....[continue reading]

In the 1950s, the 2.5-liter V12 engined Ferrari 212 Barchetta with coachwork by Touring of Milan became the race car of choice for events such as the Tour de France, the Mille Miglia and the Carrera Panamericana. For more serious drivers, the 212 Exp....[continue reading]

This car is one of seven 2.3-liter Ferrari 212 Export Barchettas bodied by Touring. Its first owner, Pietro Palmieri, raced it in the 1951 Giro della Calabria and the Coppa Adriatica, finishing first in class and a second and fourth overall. It was l....[continue reading] 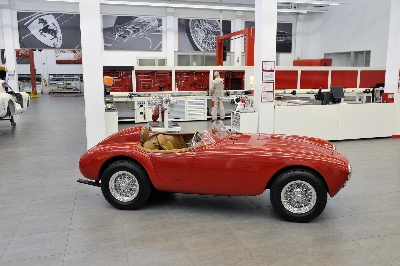 The car will be at the Maranello Museum until the end of April Maranello, 9 February – The Ferrari Classiche department in Maranello has produced another masterpiece. It has sympathetically restored a Ferrari 212 Export Coupé Vignale to...

PEBBLE BEACH, Calif. (August 17, 2015) -- An Italian Isotta Fraschini Tipo 8A Cabriolet that once turned heads and garnered top prizes in the classic era glided to victory at the 65th Pebble Beach Concours dElegance on Sunday. The competition...
© 1998-2021. All rights reserved. The material may not be published, broadcast, rewritten, or redistributed.