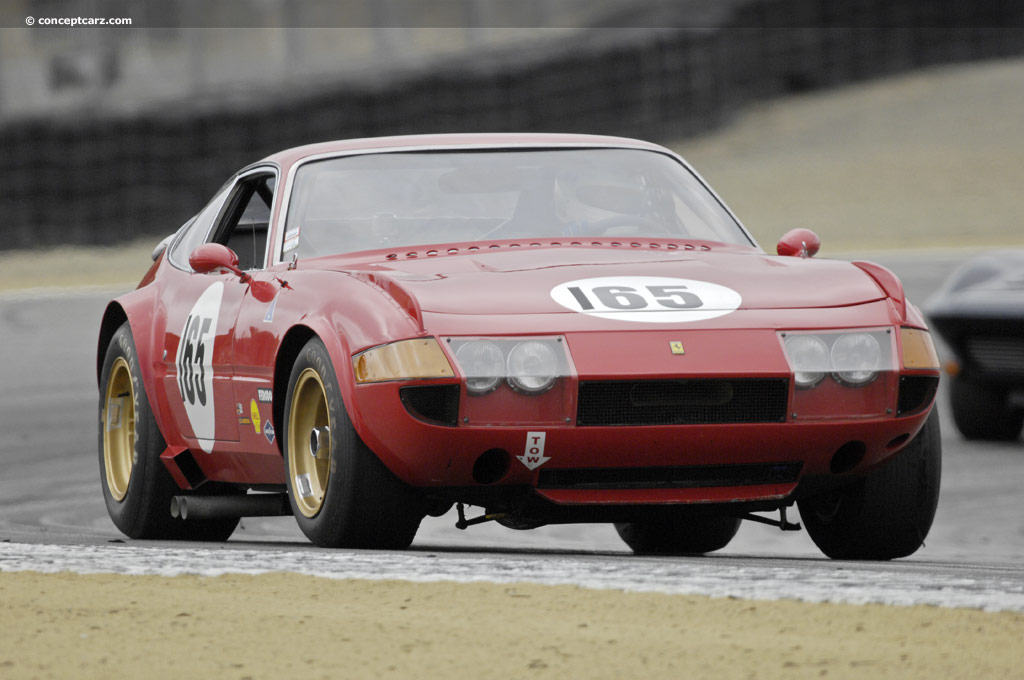 This Ferrari 365 GTB/4, a model known affectionately as the Daytona, started life as a European model street car burgundy in color with a black leather interior, air conditioning and alloy wheels. Exported to the United States in the mid 1970s, the c....[continue reading]