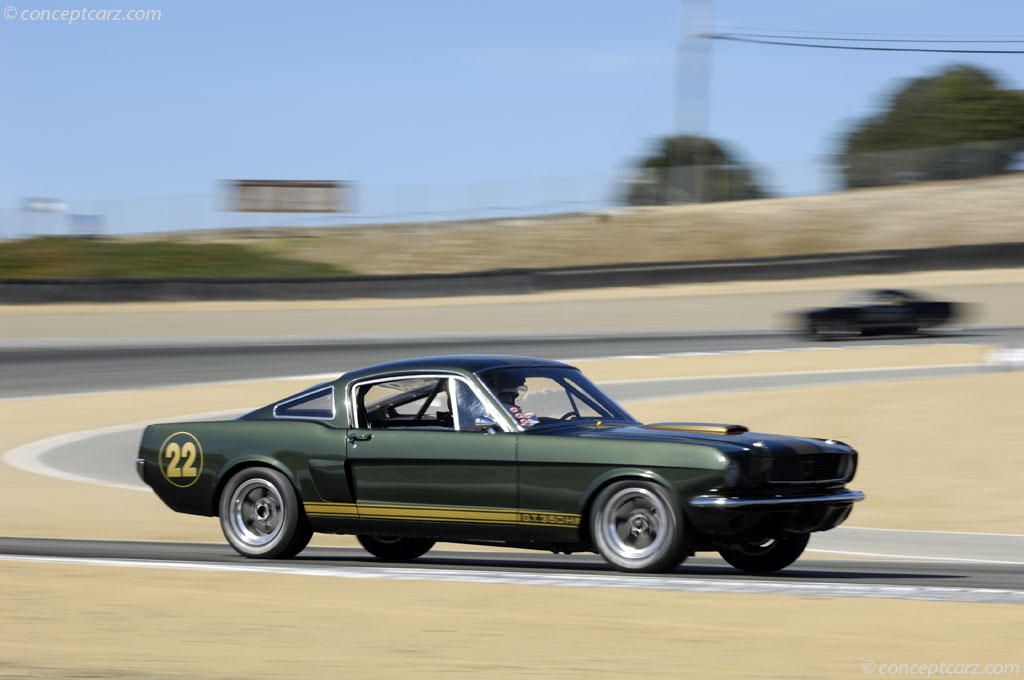 Carroll Shelby struck a deal with Hertz in 1966 to offer a high-performance rental car to the public for the first time. This offered the Shelby GT 350 to a very wide audience of the general public. Although it had been around for just a year, it had gained a reputation both on the street and on race tracks across the country.

Ford had only recently introduced the Mustang in April of 1964. It would quickly become a fixture in the Ford lineup and in many garages. The Shelby Mustang came about because Ford division boss Lee Iacocca wanted the Mustang to have more of a high profile image through performance. At the time, the Carroll Shelby managed Ford-powered Cobra sports car team were earning victories on the international circuit, including capturing the International Sportscar Championship for GT Manufacturers in 1965. Naturally, Shelby was the individual who could boost the performance of the standard Mustang.

The street specification Mustang GT 350 was introduced for the 1965 model year. Sales were brisk for these thinly-disguised racecars, and the 1966 GT 350 introduced a host of mechanical revisions that tempered the edges and made the cars more amenable. Additional changes found on the 1966 models including the installation of Plexiglass quarter-windows instead of the previous year's air vents, functional quarter-panel air-scoops that feed cool air to the rear brakes, an optional SelectShift three-speed automatic transmission, the exhaust was extended back further from the cockpit and the Cobra GT 350 logo was added to the gas cap. The interior gained a fold-down rear-seat, deluxe woodgrain steering wheel and Cobra tachometer. All GT 350s featured competition seat belts. The GT Equipment Group included the high-performance V-8 engine, dual exhaust system, foglamps, grille bar, special ornamentation, front disc brakes, special handling components package and GT striping.

Sales of the 1966 models reached 2,380, aided by the large order from the Hertz Rental Car Company. Shelby had tasked Peyton Cramer, the general manager and marketing manager, to attempt selling fleet sales. He was able to convince the Hertz Corporation for an order of 1,000 cars (999 units plus two prototypes). Hertz was the perfect customer, as they had previous created The Hertz Sports Car Club, whose purpose was to provide a limited number of high-performance rentals to customers over 25 and qualified to handle such vehicles.

The GT350 certainly set the Hertz Company apart from other rental car companies of the day. Individuals who were unable to afford the GT350 could enjoy it for a short period of time through the rental car program. Many of these cars were rented on Friday, raced on the weekend, and then returned back on Monday. The cost to rent all this performance was just 17 a day and 17 cents per mile or 70 per week.

Shelby American built these GT350 Hertz at the LAX facility for the Hertz Corporation, with the original invoice price to Hertz ranged from $3,750 to $3,850. Shelby American guaranteed an average value of $2,584 per car at the end of the program. After normal reconditioning by Shelby American, Ford agreed to assist in disposing of the cars which began in late September of 1966 as the cars came out of service.

The first 200 Shelbys delivered to Hertz were built as black fastbacks with gold rally stripes and gold rocker panel stripes. The remaining 800 units would be a mix of standard Shelby colors - white, red, blue, and green. However, Hertz reconsidered its choice of colors by January 26, 1966, in part due to production delays at Shelby American, and only a limited number of units were delivered that were not the standard black and gold livery. Only fifty Hertz examples were finished in Ivy Green with the requisite Gold Le Mans stripes.
by Daniel Vaughan | Dec 2019

The first year of sales for the GT350 models were good but they werent great. In an effort to stimulate even more sales for 1966, Carroll Shelby asked Peyton Cramer, his marketing man and general manager, to try some fleet sales. To everybodys amazement, the Hertz Rental Car Company purchased 1000 cars. The Hertz Company had founded The Hertz Sports Car Club which provided a limited number of....
Continue Reading >>

The national car rental company, Hertz, once manufactured its own cars and painted them in their corporate colors - black with gold trim. Shelby American executive Peyton Cramer remembered this and in 1966 suggested to Hertz management that they offe....[continue reading]

In 1966 Shelby American produced 2,378 GT 350s. Of those, 100 were made exclusively for Hertz Rent-A-Car and Lemans stripes. The only difference between the rental cars and production cars was the beefed-up three-speed transmissions in the former. ....[continue reading]

This 1966 Shelby Mustang GT350-H Fastback has chassis number SFM6S1571. It is fitted with a four-speed manual transmission but left the factory with an automatic, as was the case with most of these Hertz cars. Factory options include the 'Hertz spe....[continue reading]

The examples shown here is equipped with the manual gearbox and over-rider rear traction bar. It was sold to the Hertz Car Company on March 7th, 1966 for a price of $3,786.76. It carries chassis number SFM 6S 673.....[continue reading]

This GT350H is one of 47 models built in this color combination, of which there are only 17 left according to the SAAC registry. It is featured in Colin Comer's new book Shelby and has also appeared in various magazines and calendars. It was g....[continue reading]

Shelby GT350 production for 1965 amounted to 512 cars. The following year, they built 2,369 examples. This increase in production was in large part due to a contract with Hertz, who ordered 1,001 GT350 models that were to be badged GT350H. These cars....[continue reading]

The Mustang rented by the Hertz Company in 1966 (a one year program) was not simply a dress-up package, but an actual Shelby American constructed fastback ponycar powered by a Shelby-tuned 289 CID V8 engine. ....[continue reading]

Peyton Cramer, Shelby American's General Manager, approached the Hertz Corporation with his concept for a specialty model of the upcoming GT350 to be produced by Shelby American for rental use. What followed was the 'Hertz Sports Car Club' which bega....[continue reading]

The cost to rent the Shelby GT350 from Hertz was just $17 a day and 17 cents per mile. One thousand GT350s, with the majority finished in Hertz's colors of black and gold, were delivered to the company for use around the country in 1966.....[continue reading]

The Ford Mustang Sports Coupe was introduced partway through the 1964 season and was the brainchild of Lee Iacocca. Texan racing driver Carroll Shelby's team had been campaigning Ford's with considerable success in North America, winning the SCCA's B....[continue reading]

The Hertz line of 'Rent a Racers' were available at your favorite airport destinations. A one-year option, and only the first 85 came with a stick shift, with a reported 1,000 units sent to the rental car company. Hertz sent them back to Ford dealers....[continue reading]

This particular Shelby GT 350H is one of maybe 50 (plus or minus) Sapphire Blue cars built by the factory. It was shipped to Schwister Ford in Milwaukee, Wisconsin and was prepped for delivery to Hertz in Minneapolis, Minnesota. The current owner is ....[continue reading]

The Hertz Car Rental Company ordered 1,000 Shelby GT350s from Shelby American on December 21st of 1965. An H was added to the GT350 to designate these as Hertz cars. Initially, all 1,000 examples were to be painted black with gold stripes. By the tim....[continue reading] 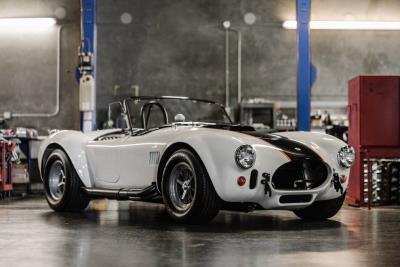