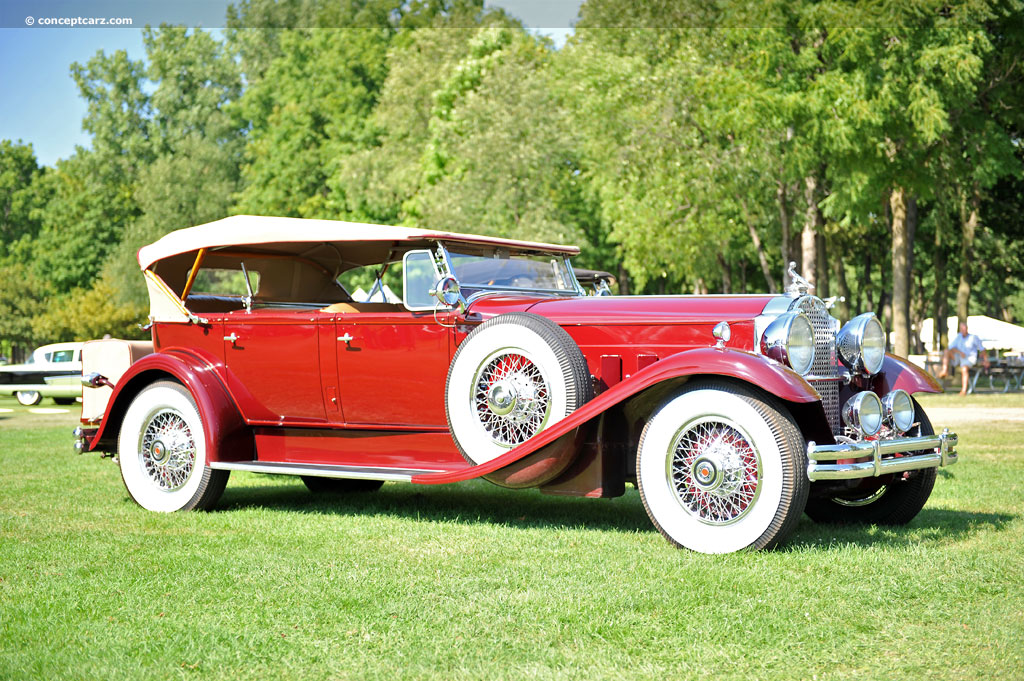 The early 1930's were devastating for many marques and for Packard it was no different. The onset of the Great Depression meant that many manufacturers were left with few buyers and as a result many went out of business. The cars that Packard produced were positioned for the high to upper class who could afford these beautiful but expensive creations. During the 1920's the company prospered but as the 1930's came into sight, the sales began to decline.

The 1930 Packard's were available in numerous bodystyles and could satisfy almost any buyers specifications or desires. Coachbuilders could be commissioned to create unique creations. New for this year was a centralized chassis lubrication system, front wheel brakes, four-speed transmission, shatter-proof laminated windows, and hypoid rear axle.

Packard had moved away from the annual model change adhered to by other manufacturers in 1923. Instead, they introduced the 'Series' concept, which did not necessarily follow the calendar year. This allowed the 'Series' to last for more than one year while others had a 'shelf life' of just seven months. For 1930, Packard automobiles are considered part of the Seventh Series. The Seventh Series was the last series to use piano spoke wire wheels. They had a new fender line that ran from the crown of the fender to the running board. Other Seventh Series styling cues included fender-mounted parking lamps, three-lens tail lights, new rounded headlamps, an adjustable driver's seat, and dual glove compartments. They had Watson Stabilizer shock absorbers, thermostatic radiator shutters, a centralized Bijur chassis lubrication system, shatter-proof laminated windows, a hypoid rear axle, new gauges, and a four-speed transmission. The engine offered 106 BHP peak engine power at 3200 RPM along with 350 lbs/ft of torque.

A United States based brand of luxury automobiles, the Packard Motors Company was located in Detroit, Michigan. Packard attempted to ride out the stock market crash at the beginning of the 1930s by marketing slightly less expensive vehicles than it had prior to October of 1929. Though they didnt have the luxury of a larger corporate structure that could absorb its losses, Packard did have a....
Continue Reading >>

The Packard 745 models were elegant cars that sat atop of a 145-inch wheelbase and were excellent specimens to receive custom coachwork. Delicately concealed under its long hood was a 385 cubic-inch eight-cylinder engine that produced over 105 horsep....[continue reading]

At the start of the Classic era, Packard was among the leading luxury marque. This all changed during the early years of the Great Depression, when Packard sales began to drastically decline. In 1930, the first year of the Depression, Packard sold ju....[continue reading]

The Seventh Series Packards were introduced at the beginning of the Great Depression. Packard had prospered in the 1920s, but as fortunes changed sales began to decline. Very few 745 Roadsters were produced in 1930 as the 745 chassis was mainly used ....[continue reading]

The Waterhouse Coachbuilding Company was formed by four men with diverse backgrounds but all had a love of automobiles. Amongst the group was a taxicab body manufacturer who had gone bankrupt, a stockbroker who had studied at Harvard, an accountant w....[continue reading]

Packard was the leading luxury marque at the start of the Classic era, but in 1930, the first year of the Great Depression, sold only 28,386 cars, down dramatically from 1929. Packard was one of the oldest car companies in America, with the first Pac....[continue reading]

The Model 745, the top of Packard's lineup, rode on a 145 inch wheelbase chassis and was powered by a 385 cubic-inch straight eight-cylinder engine producing 106 horsepower. It was priced at $4,885 and only 1,789 were produced.....[continue reading]

In the 1930s, Alexander M. Lindsay Jr. purchased his wife, Anne, a Packard seventh Series All-Weather Town car, a factory-catalogued 'semi-custom' by LeBaron. The car remained with the Lindsays in Rochester, seeing little use, for over two decades, d....[continue reading]

This particular Convertible Sedan with coachwork by Dietrich has been treated to a high quality restoration. It is powered by an inline 8-cylinder, L-head 385 CID engine fitted with a single Detroit Lubricator carburetor and offering just over 100 ho....[continue reading]

Many consider the Seven Series model 745 Deluxe Eight to be the ultimate Packard of the 1930s. With a wheelbase of 145.5-inch it provides an exceptionally smooth ride that has become a trademark of Packard.....[continue reading]

In 1929, before the Wall Street crash, more Americans held stock in Packard than in any other listed company, save for General Motors. Arguably, most of these shareholders didn't own a Packard, but nonetheless, recognized value and a smart investment....[continue reading]

By 1930 Packard was the long-standing leader in luxury car sales supported by its massive production facility in Detroit. Rather than designate its automobiles by model year, Packard preferred using 'Series' designations. ....[continue reading]

The Packard cars were presented in Series, not model years. This gave the impression that Packard made changes to its automobiles only when Packard though they were important enough to be warranted. Near the close of the 1920s, Packard was making ann....[continue reading]

In 1929, before the Wall Street crash, more Americans held stock in Packard than in any other listed company save for General Motors. Arguably, most of these shareholders didn't own Packards, but nonetheless, recognized value and a smart investment w....[continue reading]

The early 1930s were devastating for many marques. The onset of the Great Depression meant that many manufacturers were left with few buyers and collapsed. The cars that Packard produced were positioned for the upper class.....[continue reading]

The Seventh Series Packards were introduced at the beginning of what was the most volatile period in the American economy. The 745 Series cars were all powered by a 384.8 cubic-inch L-head straight-eight engine with 4-speed manual transmission, a lea....[continue reading] 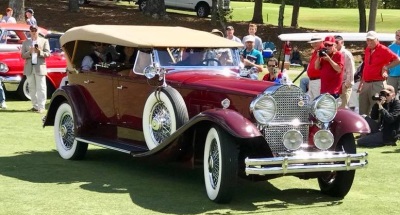 A Score Of Wins For 2nd Year Atlanta Concours