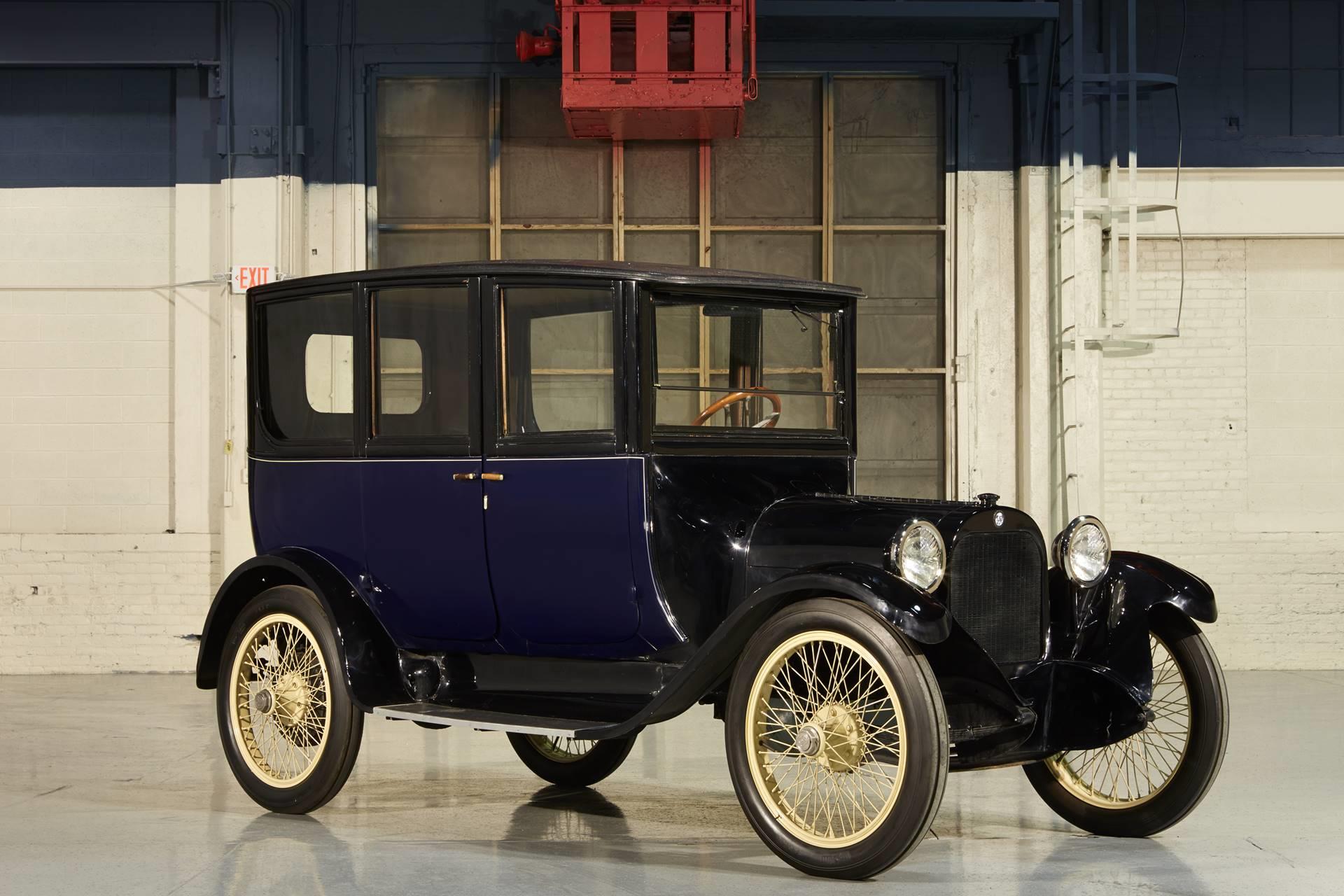 By 1919 Dodge was producing nearly 500 automobiles per day which equated to around 106,000 vehicles per year. This was also the year that Dodge produced its 400,000th vehicle.

New for 1919 were five-window coupes, custom-built limousines, four-door sedans, and town car taxicabs. The wheelbase measured 114 inches, and the engine was the same as previous years - an inline, L-head four-cylinder unit with a 212.3 cubic-inch displacement, solid valve lifters, four main bearings, and delivered 35 horsepower at 2,000 RPM. It was backed by a three-speed selective sliding transmission with floor shift controls, and a cone-type clutch. Braking was handled by two-wheel mechanical drums.

This 1919 Dodge Brothers Sedan was the last automobile owned and driven by automotive pioneer John F. Dodge, who formed Dodge Brothers, Inc. in 1914 with his younger brother, Horace.....[continue reading]