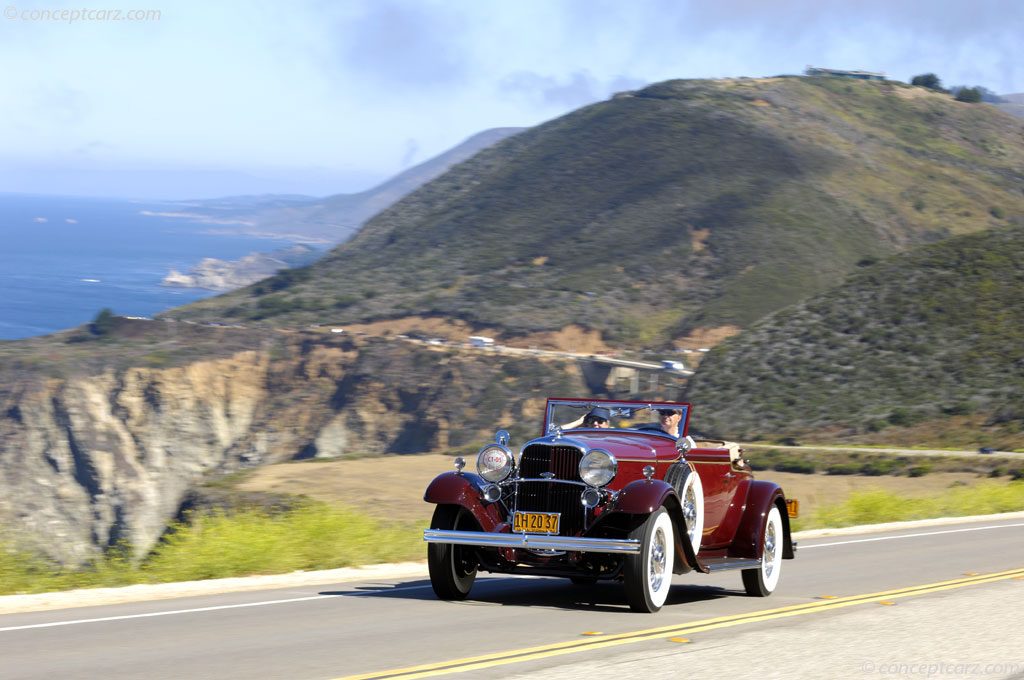 The 1930s were an exciting time for automotive development, though the true level of achievement would be hindered by the Great Depression. The cylinder wars began in the 1920's and companies that relied solely on style, such as Pierce-Arrow, were eventually out of business. Cadillac had raised the bar with its V12 and V16 engines and Marmon was quick to respond, introducing their version of the massive sixteen cylinder engine a short time later. Lincoln's response was a seven bearing, V12 engine with separate cylinder blocks, and fork and blade connecting rods. The engine was potent, powerful, and durable. It did have a flaw - its cost of manufacturing. It was so expensive, that within two years it was no longer offered, and had been replaced by a conventional design that was more cost-effective. The engine may have prevailed if not for the Great Depression, which was dwindling the numbers of potential buyers and making competition fierce in the luxury car segment.

The Lincoln automobiles were stylish and luxurious with many receiving custom bodies from some of the era's greatest coachbuilders including Waterhouse, LeBaron, Dietrich, Judkins, and Willoughby. Many of the creations were unique and built specifically for the customer. The most popular designs were group ordered by Lincoln and made available to a wider selection of buyers. This decreased the delivery time while maintaining a high level of quality. The bodies were built in advance with some available to customers to be trimmed to their exact specifications.

1932 Lincoln lineup included the Model KA powered by an L-head, 384.8 cubic-inch V8 delivering 125 horsepower. It rested on a 136-inch wheelbase, rode on 18-inch wheels, and offered in nine factory bodies, plus a bare chassis for outside coachbuilders. The Model KB came equipped with the 447.9 cubic-inch V12 L-head engine that used seven main bearings, mechanical valve lifters, a Stromberg downdraft two-barrel carburetor, and delivered 150 horsepower at 3,400 RPM and 292 lb-ft of torque at 1,200 RPM. Its wheelbase was 145-inches and its length was 214-inches. Along with nine factory bodies, fourteen catalog custom bodies were offered by Murphy, Brunn, Dietrich, Judkins, Willoughby, and Waterhouse.

Henry Martin Leland is inextricably linked as the brilliant engineer who founded Cadillac. He was 74 years old when he quit General Motors after a quarrel with Billy Durant. Leland set up a company to produce Liberty engines receiving a $10 million a....[continue reading]

According to factory records, this vehicle, KB1644, has custom coachwork by Judkins Company of Amesbury, Massachusetts. The aluminum body was built as the Salon exhibition car and was displayed at the Drake Hotel in Chicago, the Biltmore Hotel in Los....[continue reading]

During the early 1930s, the Great Depression was in full swing and the automotive industry was busy at work attempting to attract customers as their pool of potential buyers continued to dwindle. At least seven marque's introduced V12 flagship model....[continue reading]

In 1908, Hermann A. Brunn established his own company at Buffalo, New York. He had apprenticed with his uncle in the carriage trade and his new company was intended to use that skill in constructing automobile bodies. The early examples were one-of....[continue reading]

The 1930s was an exciting time for automotive development, though the true level of achievement would be hindered by the Great Depression. The cylinder wars began in the 1920's. Companies who relied solely on style, such as Pierce Arrow, were event....[continue reading]

Lincoln stepped into the multi-cylinder era when it introduced its fabled 12-cylinder KB series. Produced in very low quantity, this series offered a large variety of body styles from a variety of sources. This handsome Dual Cowl Phaeton was a prod....[continue reading]

The 1932 Lincoln KB model line was available with in-house coachwork but a few, such as this example by Judkins, were bodied by outside coachbuilders. This car is one of only 24 Lincoln Judkins coupes built in 1932, and is believed to be the only sur....[continue reading]

The Lincoln Model KB was built on a 145-inch wheelbase and received coachwork from such legendary names as Dietrich, Judkins, Brunn, Murphy, Lebaron, Willoughby, and Waterhouse. The fork-and-blade connecting rod arrangement which had been in use sin....[continue reading]

The coachbuilding firm of Judkins and Company of Amesbury, Massachusetts, began building horse-drawn carriages under the guidance of John B. Judkins and became one of America's most respected coachbuilders, surviving into the late 1930s. This vehicle....[continue reading]

This KB is one of just 1,515 such chassis produced for 1932, and one of only 24 Style 233 Seven-Passenger Touring cars originally built that year. ....[continue reading]

This elegant vee-windshield coupe was penned by Raymond H. Dietrich. Mounted on Lincoln's 145-inch KB chassis and powered by its famous 447 cubic-inch V12, this is the ultimate two-passenger luxury conveyance (with room for two more in the rumble sea....[continue reading]

This Lincoln KB Coupe with coachwork by Judkins entered the Ruger Collection in 1995 and then brought to the Pebble Beach Concours that same year where it earned a Third in Class. The car is finished in Birmingham Green and Jade Mist with painted wir....[continue reading]

The flagship car for the entire 1932 Ford line was the Lincoln Model KB. With its smooth-running V12 engines and highly appointed body styles, it had few rivals. The KB provided more performance than the earlier Model K and was offered with a wider a....[continue reading]

This Lincoln KB Berline Custom by Judkins was the 1932 Los Angeles show car and was purchased new by G. Henry Stetson, son to John Stetson of Stetson hat fame. He sold it in 1951, and the car passed to its current owner in 2006. This Judkins Berline ....[continue reading]

Henry Martin Leland is the brilliant engineer who founded Cadillac. He was 74 years old when he quit General Motors after a quarrel with Billy Durant. Leland set up a company to produce Liberty engines receiving a $10 million advance contract from th....[continue reading]

The 1932 Lincoln KB represents the pinnacle of aesthetic and mechanical achievement for Classic Era Lincolns. The Lincoln K Series was split in 1932 into two lines, the V8-powered Model KA and the new V12-powered Model KB. Built for only two years, t....[continue reading]

This 1932 Lincoln KB Judkins Coupe was given a 15 year restoration that was completed in 2009. The car is finished in a Ford dark tan color over black fenders with Brewster green reveals.

This is the first 1932 Lincoln KB LeBaron Convertible built and was shown at the 1931 Chicago Auto Show.....[continue reading]

The K-Series is a line of premium luxury vehicles produced by Lincoln from 1930 to 1940. The original K-Series models feature a 385 cubic inch V8 engine. Customers were given the choice of ordering a fully custom coachwork body.....[continue reading]