Particularly the constant high stresses and strains encountered in long-distance racing lead to the development of more durable solutions, which Carlsson integrates into its road-approved products and which benefit Carlsson customers. The same goes for the CK35.In the case of the Carlsson CK35 performance kit based on the SLK 350, the modifications express themselves in a boost in engine power by 17kW/23 hp to 217kW/295 hp, which is achieved at 6000 rpm. At the same time, the V6 engine develops a maximum torque of 385 Nm at 4800 rpm, an increase of 35 Nm compared with the series version. From a standstill, the Carlsson CK35 scorches to 100 km/h in just 5.68 seconds (series: 6.1 sec.). The performance kit includes two sports rear mufflers from corrosion-resistant stainless steel each with two oval exhaust tips, which clearly, but discreetly announce the increased power of the engine. In addition, Carlsson modifies the engine electronics, which it optimizes extensively. A sports air filter supplies the V6 with an extra portion of 'breathing air.' By overriding the Vmax restriction, the CK35 can travel a full 20 km/h faster, the top speed being 270 km/h. A chrome inscription proves that the modified engine is a genuine Carlsson. The increased torque and the enhanced power-weight ratio (instead of 5.4 kg/hp, now only 5.0 kg/hp has to be moved) are expressed in the superior pulling power and provide the driver with significantly greater driving enjoyment than before. Acceleration from 0 to 200 in 21.12 (series 22.6). Weight-saving: The two-piece Carlsson wheel 2/16 Brilliant Edition

Carlsson's motor racing expertise is also beneficial to its customers when it comes to wheel rims. After all, what produces a positive effect on the performance of a racing car also has an effect on a normal road vehicle. The multi-spoke design is the optimum solution for the weight-optimized wheel. The forces that act on the wheel are optimally channeled into the wheel spider due to the uniform spacing of the 16 spokes. This means that it is possible to avoid an over-dimensioned wall thickness, whilst also permitting an optimum wheel weight coupled with the highest possible strength.Luxurious sportiness and unparalleled finish combination

The elegant wheel 2/16 BE (Brilliant Edition) is characterized by its unparalleled surface finish, which makes it an expression of luxurious sportiness. A particularly attractive feature is the contrast between the brilliant-silver varnished wheel centre with its eye-catching metallic effect and the high-gloss varnished, wafer-thin stainless steel housing.
This finish combination is unique within the Mercedes-Benz tuning scene, making it the right choice for all those who wish to lend their Mercedes-Benz cars that extra touch of individuality.
Compared with its single-piece predecessor 1/16 BE, the composite design of the 2/16 BE lends the new wheel an even sportier look. The ultra-lightweight, forged rim well is firmly welded together with the elegant wheel star.
By way of an optimized combination for the SLK 350, Carlsson offers the wheel 2/16 Brilliant Edition in the dimensions 8.5 x 19' for the front axle (tires 235/35 ZR19 Dunlop SP Sport Maxx) and 10 x 19' for the rear axle (tires 265/30 ZR19 Dunlop SP Sport Maxx.
The wheel 2/16BE is available in the dimensions 8.5 and 10 x 19', and also in 8.5 and 10.5 x 20' for virtually all the current Mercedes-Benz models. Carlsson - close affiliation with motor racing

Enjoying a successful track record in long-distance championship racing spanning many years (winners of the class, pole positions, lap records and top 10 placements), since 2005 a modified Mercedes SLK 350, namely the Carlsson CK35 RS, has been the car used in such racing contests. Last year, Carlsson clinched victory as early as in the fifth race in the fiercely competitive SP6 class. This year, the CK35 RS is at the top of the class again after the fourth race in the BF Goodrich Long-Distance Championship and has been putting other cars - which have previously dominated the contest such as the Porsche 911 GT3 R and the BMW M3 GTR and M3 E46 - into their place.Source - Carlsson 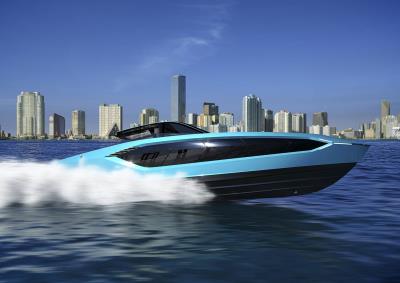 Additional investment of 200 million US dollars Medium-term capacity of 9,000 tons per year Moses Lake to become the worlds largest carbon fiber plant Workforce in Moses Lake to be stepped up to 200 Munich...

The participants in this years Concept Cars %26 Prototypes competition have been announced at the Concorso dEleganza Villa dEste press conference in Milan. Were delighted to see a steady rise in the...

New Manufacturers and Well-Known Names Build Strong Fan Following The highly regarded and competitive road racing organization, GRAND-AM, returns to Mazda Raceway Laguna Seca for The Continental...
© 1998-2020. All rights reserved. The material may not be published, broadcast, rewritten, or redistributed.