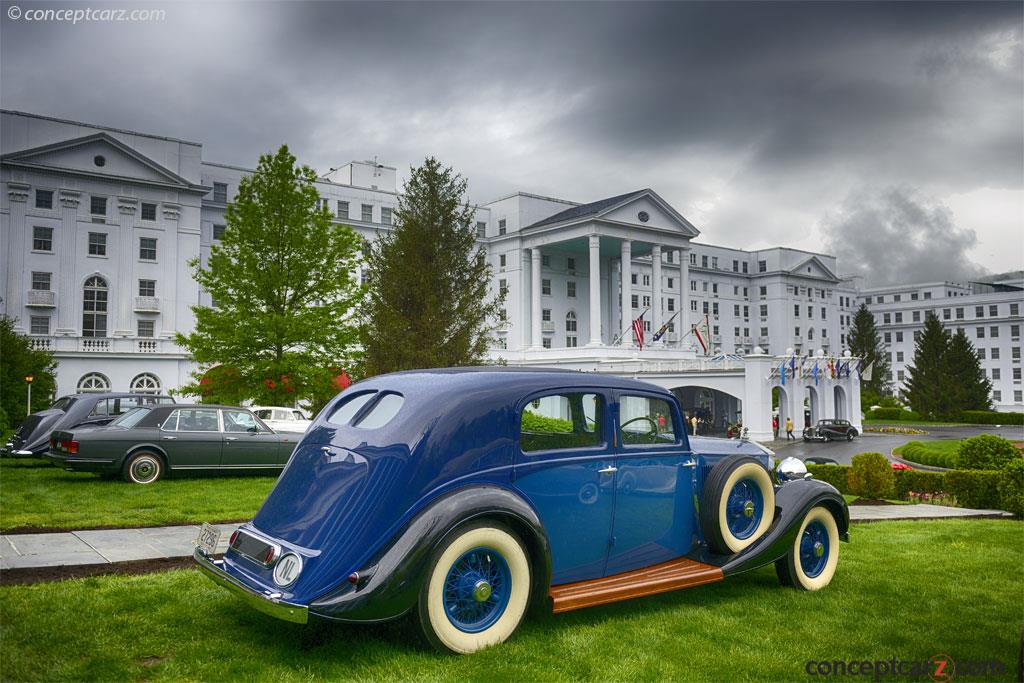 The Rolls-Royce Phantom III, originally dubbed the Spectre, was the first Rolls-Royce powered by a V-12 engine that was incredibly complex, yet silent, smooth and powerful. It was also the first Rolls-Royce to feature independent front suspension along with hydraulically adjustable shock absorbers and an on-board jacking system. The 160 horsepower 7.3-liter twelve-cylinder engine could go from zero-to-sixty mph in 16 seconds.

Between 1936 and 1936, Rolls-Royce built 727 Phantom IIIs. 21 of the V-12 powered Phantom IIIs were produced with American coachwork, most all by the East Coast Rolls-Royce importer and distributor, J.S. Inskip. Inskip had succeeded the former Brewster coachworks, were former employees, and built custom coachwork in the former Brewster facilities in very small amounts under Inskip's name. Brewster had been the most prominent builders of bodies for American Rolls-Royce chassis, prior to bankruptcy proceedings that began in mid-1935 and the last of Brewster's assets were sold by auction in 1937.

The Rolls-Royce Phantom III would be the only 12-cylinder engine produced by the automaker until 1998 with the Silver Seraph would arrive. Not all of the 727 PIII chassis were sold prior to the start of the war; records show the last unit wasn't' delivered to its owner until 1947. As was the practice of the era, the customer purchased only the chassis from Rolls-Royce, and then contract with a coachbuilder of their own selection for the body.

The Phantom III was the last model that Sir Henry Royce actually worked on before he passed away at the age of 70.
by Daniel Vaughan | May 2019

The Phantom III was the first Rolls-Royce to be fitted with a V12 engine, which was probably an inevitable development as the company was already manufacturing aero engines in this configuration. When the Phantom III was unveiled at the 1935 Olympia Motor Show it was the most technically advanced car in the world and many believe the best car ever made. The 7340 cc. V12 overhead valve engine had....
Continue Reading >>

The Phantom series culminated with the marques only 12-cylinder chassis, the Phantom III. These great cars were built from 1935 until 1939, when World War II ended production, with only 710 produced. The extremely complex design was the last Henry Royce had any involvement in before his death in 1933, and borrowed heavily from Rolls Royces experience building airplane engines.....
Continue Reading >>

The 6200 pound Rolls-Royce Phantom III was driven by a 7.3-liter twelve-cylinder engine producing 160 horsepower, making it capable of 16-second 0-60 mph dashes. W.A. 'Roy' Robotham was responsible for the decision to build the twelve-cylinder PIII a....[continue reading]

Gurney Nutting Coachwork At its Finest
Frederick Henry Royce made his first car, a 'Royce,' in his Manchester factory in 1904. He met Charles Stewart Rolls on May 4th of that year, and the pair agreed to a deal where Royce would manufactur....[continue reading]

This 1936 Rolls-Royce Phantom III Saloon has an unusual design and history of ownership. It was originally ordered to the specifications of Alan Samuel Butler, the chairman of the de Havillard Aircraft Company. The chassis was sent by Rolls-Royce to ....[continue reading]

In 1884, Frederick Henry Royce started an electrical and mechanical business and made his first car, the 'Royce', in his Manchester factory in 1904. He met Charles Stewart Rolls that same year and the two agreed to a plane in which Royce would manufa....[continue reading]

This Hooper-bodied Phantom III Enclosed Limousine was delivered to its first owner, Sir Walter Rea of London, in January 1937 after its coachwork had been completed. The car was finished in beige and black with grey cloth in the rear passenger compar....[continue reading]

This Rolls Royce Phantom III Sedanca De Ville wears coachwork by Windover Coach, Ltd. It has spent many years resting in a private collection. It is currently finished in white and appears to have been given a cosmetic restoration in the 1970s. At th....[continue reading]

The Phantom III, introduced in 1936, was Rolls-Royce Motor Cars' final prewar model and the only one ever built with a V12 engine until the introduction of the Silver Seraph in 1998. A total of 727 Phantom IIIs were built before World War II put a ha....[continue reading]

The Phantom III carried on the tradition of special names including the Ghost and the Wraith; and the Spirit, yet-to-be introduced. This was the first Rolls-Royce to be powered by a V-12 engine - incredibly complex, yet silent, smooth, and powerful i....[continue reading]

This example is 1 of 3 Schutter and van Bakel bodies known to exist. The coachwork was completed in the Netherlands. Many years later the car eventually found its way to Amsterdam and underwent a partial restoration. In November 1970, the car was lis....[continue reading] 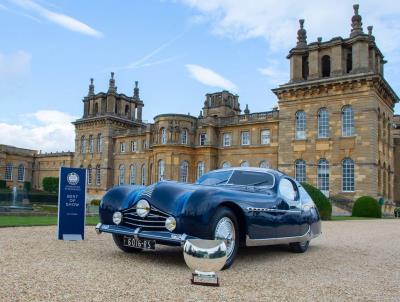 Total 1936 Rolls-Royce Phantom III production: 0
© 1998-2020. All rights reserved. The material may not be published, broadcast, rewritten, or redistributed.