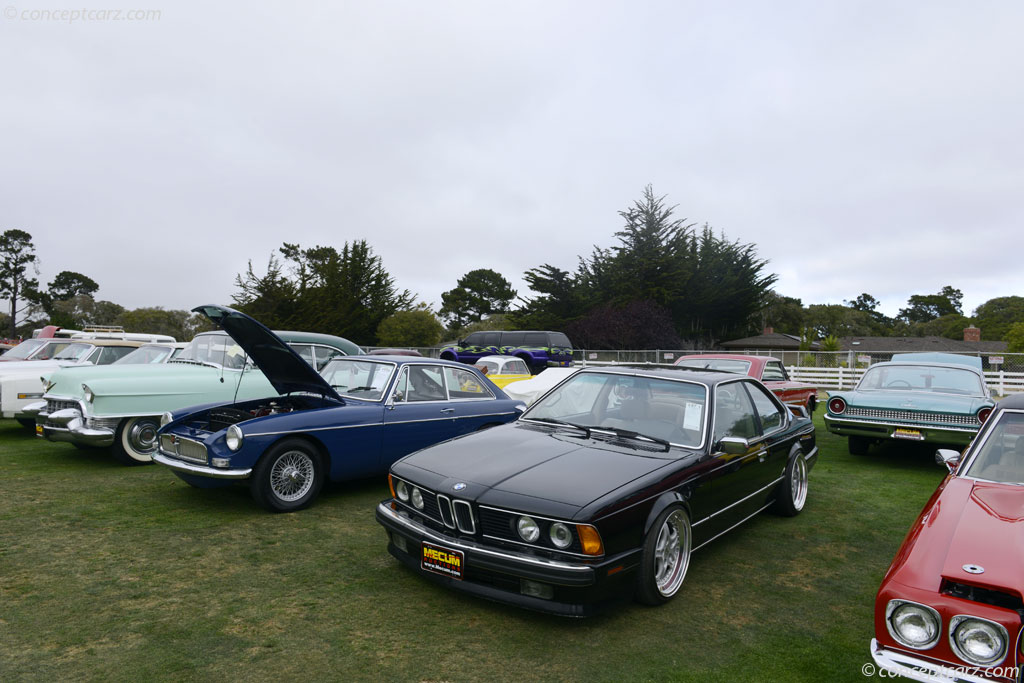 Unlike any other automobiles in the world, the BMW sport coupes have monumental performance and style with the added luxury of design and technology. Showcased at the Geneva Motor Show in March of 1976, the 6 Series E24 sport coupes were the successor to the E9 3.0 CSi coupe. The coupe tradition in the early and mid seventies had been so widely successful, that BMW decided the era of 1965-75 coupes needed a successor. Transferring the tradition and image created by BMW with beautiful models like the 2000 C/CS and the 3.0-3.5 CS/CSi/CSL coupes, the new generation of coupes needed timelessly capture this same image and effect.

Convinced that the following generation of coupes for the late seventies and eighties needed to be a six cylinder, high-tech, efficient yet luxurious vehicle, the image had to be uniquely its own. Able to withstand both the compulsory and extensive crash tests necessary for legislations in other countries, the body of the newest coupe had to be designed strong enough. Considered to be a worthy successor, the E24 went through fairly few body changes during its production run.

Both models had an optional 3 gear ZF HP-22 auto transmission along with standard transmission. Refined for better performance, the suspension was taken from the E12 5-series. All E24's were based on the M30 'big six' engine and all were 12-valve units except the 24-valve M6. The only non-injection engine model was the 630. The M30 engine came in various forms in the earliest vehicles, but most had the 2.8, 3.5 or S38 24-valve 3.5 M-Tech version.

The most popular model was the 635, introduced in 1978, and produced as the 635CSi which featured an available 5-speed gearbox. Other earlier E24 models included the 628, 630 and 633. The 628 CSi was introduced in 1979, at the same time the 630 CS was withdrawn from the model range. The 628 model was produced until 1987 and was a budget model for the European market. The 633 CSi featured the first generation of DME, and ABS brakes were available as an option. The following year, the 635 CSi received the same DME as the 633 Csi.

The main update in 1982 was the entire reworking of the body which included a new front and rear end, which achieved a lighter and stronger vehicle. ABS brakes were now standard in all E24 models. A new 3430 cc engine was placed in the 635 CSi along with new engine management, DME II. Upgraded to the engine version from the seven series in June of 1982, the 635 models now utilized less fuel due to improved computer control systems. The 633 CSi was no longer available in Europe in 1982, and the following year was the final production run.

Responsible for setting various standard for BMW, the E24 showcased the concept of the ‘check control' test panel that has been utilized widely in BMW ever since. A test panel was placed in the dashboard with seven green lights that showed the status of the engine oil level, brake fluid level, brake lights, tail lights, brake pad wear, coolant level and windshield washer level. This was a highlight of the E24, and the beginning of a standard widely used in the future models.

The M635 CSi was introduced in 1984, and in 1987 a catalyst version of this model was made available. Producing an amazing 286bhp, the ‘shark-like' profiled M6 24 valve model remains the most desirable BMW ever. Only a total of 5,803 models were ever produced.

Suffering terribly from anti-pollution regulations, the US versions had greatly reduced engine power, unattractive huge impact bumpers and much heavier body. European models were much better performers than their US equivalents, until the introduction of the US L6 version.

Introduced only in the USA for 1987 only, the 635 CSi L6 was a luxury version with an automatic transmission. The L6 had an impressive 182 bhp engine and as a result of all the luxurious extras, was 450 kg heavier. The 635CSi Highline was the dubbed name in the UK and several manual transmissions vehicles were made. The L6 featured luxury features all leather details, including head lining, seat backs, doors skins and dashboard and rear A/C with a cooler cabinet.

During 635CSi's production run, a total of 51,564 3.5-liter models were produced with engines that ranged from the early 211 hp catalytic converter model to the impressive 286 hp M6 model. The 635CSi won the European Touring Car Championships three times in 81, 83 and 86, even though it topped the scales at 1510 kg. In 1983 the 635CSi also claimed the German National Title while the 2-valve cylinder 3.5-liter vehicle produced nearly 400 hp in race trim.

Though rumors of a ‘new six' series, based on the E39 five series have surfaced, there has never been a true successor to the E24.By Jessica Donaldson

1989 was the last year for the iconic 'shark nose' BMW. Power was from a 208 horsepower, 3.5-liter six and fitted with a four-speed automatic gearbox. A five-speed manual was available at no additional cost. They had a Servotronic power steering syst....[continue reading]

The BMW 6 Series, introduced in 1976, was the company's grand touring vehicle for 14 years. The design, courtesy of Paul Bracq, incorporated traditional BMW styling cues in a modern package.....[continue reading]