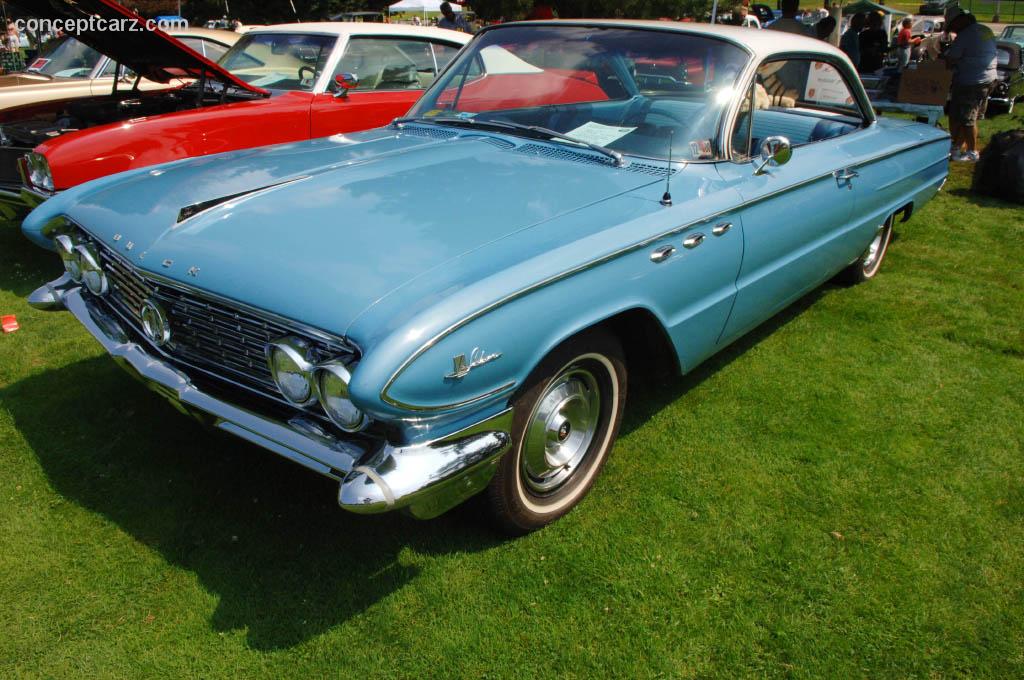 Buick's model lineup for 1961 included the entry-level Special, priced from $2,330 to $2820, the LeSabre with prices in the $3000-range, the sporty performance Invicta in the mid-$3000s, and the top-of-the-line Electra in the upper-$3,000s and lower-$4000s. All were powered by eight-cylinder engines with the Special using a 215 CID with 155 horsepower, the LeSabre using a 364 CID V8 rated at 250 hp, and the Invicta and Electra sharing a 401 CID V8 with 325 horsepower. A two-barrel version of the 364 CID was optional, with 9.0:1 compression and 235 horsepower at 4400 RPM. The LeSabre had the widest range of body styles of all 1961 Buick models, offered as a 2- and 4-door sedan, 6- and 9-passenger station wagon, convertible, hardtop sedan, hardtop coupe, and a convertible coupe. The 113,250 LeSabre's produced in 1961 accounted for approximately 41-percent of Buick's total sales that year, with the four-door hardtop and four-door sedan being the most popular, with 37,790 and 35,005 examples produced respectively. The two-door hardtop had 14,474 units built and 11,971 of the convertible coupe. 5,959 were two-door sedans.The LeSabre, Invicta, and Electra model names were used in 1959 and 1960, the Special was new for 1961, although it had been used by Buick in the past, the most recent was 1958. In 1959 and 1960, the LeSabre served as Buick's entry-level model, in 1961 it moved up a notch with the re-introduction of the Special.
Both the Lesabre and Invicta shared a 126-inch wheelbase chassis for 1961, with both having a length of 213.2-inches. The Special (in Standard and Deluxe from) had a 112-inch wheelbase while the Electra (and Electra 225) rested on a 126-inch platform. The entire Buick range was slimmed down for 1961, with more restrain application of brightwork and a single, narrow bright molding on the upper body being the only adornment. The brand new X-Type frame received a new rear suspension consisting of a three-link design, with the rear axle located to the frame by two outboard lower links and one upper stabilizer bar. The suspension system consisted of coil springs front and rear, true-balance stabilizer bar, track bar, and hydraulic shock absorbers all round.
The 364 CID V8 had 10.25:1 compression, a Carter four-barrel carburetor (with built-in de-icer), hydraulic valve lifters, five main bearings, and 250 horsepower at 4,400 RPM. It was backed by a Turbine Drive automatic transmission giving the LeSabre smooth power delivery and ample performance. The 'Step-On' brake system with power assist comprised large finned aluminum drums up front and air-cooled, finned cast-iron brake drums at the rear. Steering was power-assisted and of the standard recirculating ball-nut type. The electrical system was of the Delco-Remy 12-volt variety. Standard interior features included a 'Mirro-Magic' instrument panel with a safety pad, Deluxe steering wheel, dual armrests, dual horns, electric windshield wipers, and cigar lighter. Cloth and vinyl trim combinations and carpeting were used for most models, while the Estate station wagons used all-vinyl for its interior, with cloth and vinyl being optional. A power rear window was standard on the three-seat Estate wagon.LeSabre script was applied to the front fenders, along with the three ventiports. Buick's big Electra had four ventiports per fender, a hallmark of the model. 1961 was the start of the second generation of Lesabre style which would last through 1964. Mild updates were applied in 1962, with the bodies gaining a few extra inches, a new grille, and taillights. A larger 401 CID V8 used in Invictas and Electra 225s replaced the 364 CID V8. A major facelift occurred in 1963 with the designs becoming boxier with revised rooflines on four-door hardtop sedans. A new instrument panel with round instruments was among the interior improvements and a seven-position tilt steering wheel/column, AM/FM radio and Electro-Cruise control were new options. Minor facelifting occurred in 1964, with completely restyled designs for the 1965 model year.
By Daniel Vaughan | Nov 2020

With over half a centurys worth of memories, the earlier models of the LeSabre inspire a sense of nostalgia back to a time when life was supposed to be simplified. The image of technology in the early stages, design, dynamic lines, unique and individual accessories, and the advanced exterior engineering is apparent in the LeSabre models of old. Maintaining the same qualities that carried it through....
Continue Reading >>
Concepts by Buick 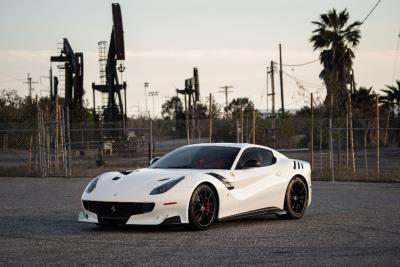 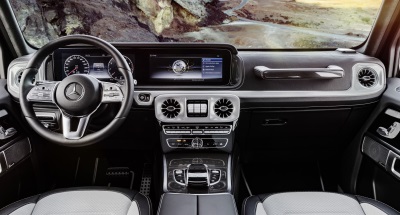 Exclusive interior the G-Class, reinterpreted for today It is an off-road legend and the ultimate benchmark for so many fans of cross-country driving the G-Class. Since 1979 more than 300,000 examples of it have allowed their owners to experience... 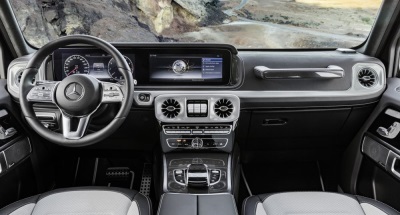 It is an off-road legend and the ultimate benchmark for so many fans of cross-country driving the G-Class. Since 1979 more than 300,000 vehicles have allowed their owners to experience adventures that would have been unachievable with any other vehicle....