Sold for $1,017,500 at 2011 RM Auctions at Monterey.
This 1924 Mercedes 28/95 Sport Phaeton was offered for sale at the 2007 RM Auctions, held in Amelia Island, Florida where it was estimated to sell for $300,000 - $400,000. It is powered by a 7280cc single-overhead camshaft inline six-cylinder engine capable of producing 90 horsepower. There are four-wheel mechanically-actuated drum brakes and its elegant body rests comfortably on a 98.4-inch wheelbase. The vehicle has coachwork by Sindelfingen.There are many aspects of this vehicle that make it unique, attractive, and elegant. The sweeping front fenders gracefully flow down into the running boards. The front grille is 'vee' shaped with two Mercedes symbols located at the top The early history is not fully known. Its first owner was from the UK. It later passed into the collection of Kirkland Gibson of Rhode Island and at some point, George Waterman. Care of the vehicle later passed to Ben Moser who commissioned a restoration. Part way through the restoration, ownership passed to Edwin C. 'Ted' Jameson, Jr, who continued the restoration. The restoration was completed in the early 1990s. As much of the original body and components were spared. The wood and metal body components were stripped and refinished.
This car has been in the care of discernable collectors since its inception. Its restoration is still very new, and its engine is capable of carrying the vehicle to speeds that could keep pace with modern traffic. Its unique characteristics, styling, and potential were realized at the RM Auction. The car was estimated to sell for around $400,000, but the bidding quickly made a mockery of that figure. At the conclusion of the auction, the vehicle had found a new owner, selling for $775,000.
By Daniel Vaughan | Sep 2011
The Targa Florio was traditionally dominated by Italians but in 1922, 7 of the 46 cars were Mercedes. Four prototypes nicknamed 'Sascha' were the inspiration of film producer count Alexander 'Sascha' Kolowrat, who had approached Austro-Daimler and Ferdinand Porsche about building a small people's car. But it was Max Sailer who won the production car title in a supercharged Mercedes 28/95 HP.

The Mercedes 2895 enjoyed much sporting success during their lifespan. A short-wheelbase 2895 was driven at the Coppa Florio by Max Sailer to an overall victory. At the Targa Florio, the care finished in an impressive second place. The 2895 Mercedes was one of the last models to be produced by Mercedes before the 1926 merger with Daimler and Benz. Under the bonnet was a six-cylinder engine....
Continue Reading >>
Concepts by Mercedes 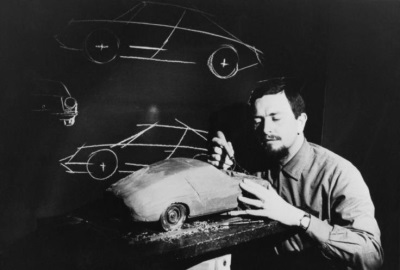 An unusual Volkswagen pick-up truck, which belonged to a member of the world famous Porsche family and designer of the iconic 911, will be auctioned by Silverstone Auctions at The Classic Race Aarhus motorsport festival in Denmark, on 28th and 29th May. This... 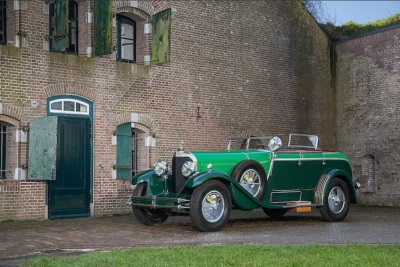