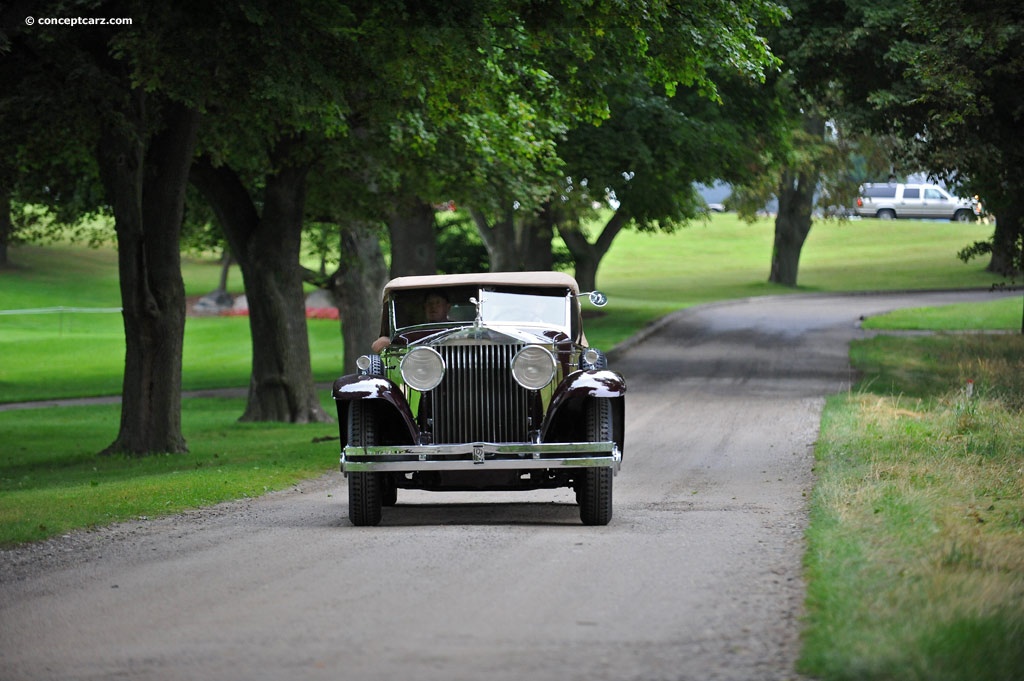 Only a few names in automotive history evoke the word and meaning of 'luxury'. From a standpoint of luxurious and elegant styling, perhaps no name comes to mind faster than Rolls-Royce. However, Rolls-Royce became one of the world's prominent luxury ....[continue reading]

Rolls-Royce of America was commissioned by Mrs. Luden to build a Phantom II left-hand drive chassis in England and ship it to the USA in....[continue reading]

This Phantom II Sedanca de Ville with coachwork by Barker was ordered by the distinguished French actress Marie Bell, also known as Marie-Jeanne Bellon-Downey. It includes special features such as an extended bonnet that reaches to the windshield and....[continue reading]

This Rolls-Royce Phantom II is one of seven Henley Roadsters built by the New York coach building firm, Brewster. When new, such a car cost $21,500.....[continue reading]

This 1932 Rolls-Royce Phantom II Henley Roadster with coachwork by Brewster was the 1931 New York Auto Salon show car. The first owner was F.K. Brewster of New Haven, likely a member of the Brewster coachbuilding family. It is believed that this car ....[continue reading]

Rolls-Royce production in the United States ended during the Great Depression, so left-hand-drive Phantom II chassis were built in the England and shipped to Springfield, Massachusetts. Once here, the cars were bodied by various coachbuilders, most o....[continue reading]

The Rolls-Royce Phantom II was the third and last of the marque's 40/50 hp models, replacing the New Phantom in 1929. This 1931 Rolls Royce Phantom II Continental Drophead Coupe is one of just two Phantom IIs bodied by James Young. It is thought to h....[continue reading]

Total 1932 Rolls-Royce Phantom II production: 0
© 1998-2021. All rights reserved. The material may not be published, broadcast, rewritten, or redistributed.