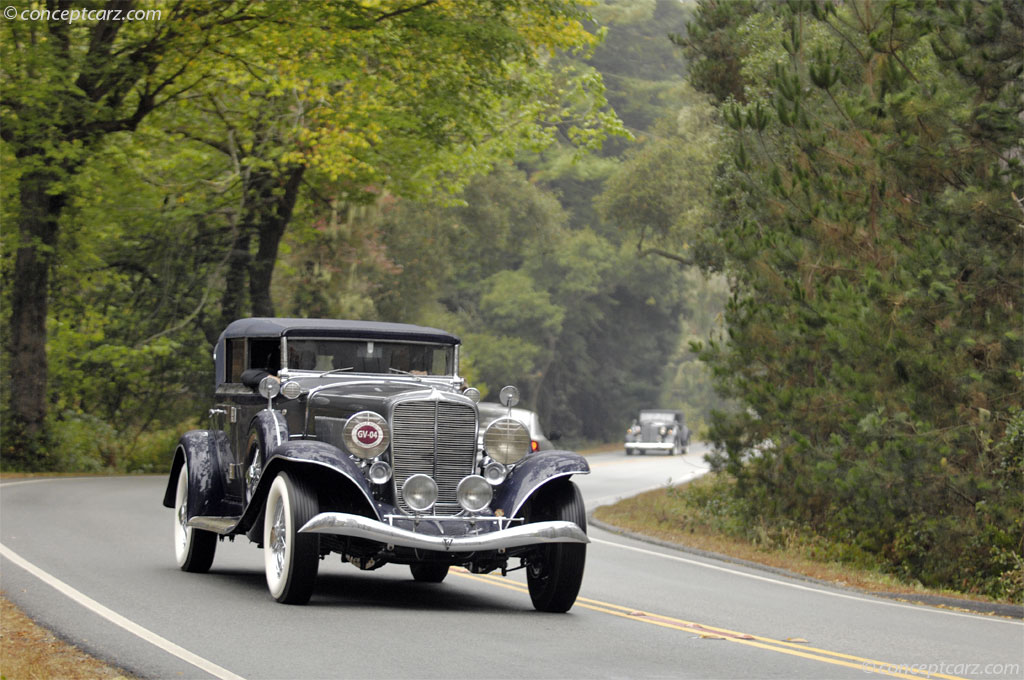 The Auburn 12-160A Speedster body was the most exclusive of the offering. With its low price tag, the vehicles were a bargain. Tough times and consumer fears were its ultimate demise and its potential was never realized.
by Daniel Vaughan | Aug 2011
Vehicle Profiles

Production of the Auburn automobile began in 1900. The company was founded by the Eckhart brothers, former carriage builders in Auburn, Indiana. After World War I, the government was slow to pay automakers for war work and Auburn cars could be sold d....[continue reading]

Though modest in price in comparison to Duesenberg and Cord, the Auburn was an impressively designed and beautifully made marque and remains so to this day. Auburn introduced an upscale Salon series for 1933 in an attempt to boost lagging sales. The ....[continue reading]

This Auburn Twelve Salon Speedster was part of the Malcolm S. Pray Jr. Collection. It has Alan Leamy's 'boattail' styling which features chrome trim, unique headlamps, a unique dashboard, and the Salon 'ribbon' bumpers. It is believed that only nine ....[continue reading]

Auburn produced approximately twenty-seven examples of their Model 1250 Cabriolet, and just five are known to survive. This example is believed to have been delivered in California and had its windshield shortened and top modified to the present conf....[continue reading]

Auburn's 12-cylinder Salon models were launched for 1933 in hopes of boosting sales of the Auburn Twelve. The Salon Twelve had many unique features including a vee'd grille, unique headlamp lenses, fenders edged in chrome, and 'ribbon' bumpers. It wa....[continue reading]

Some of the greatest American automobiles ever produced were sparked by the Great Depression. Among them were Auburn's 12-cylinder Salon models launched in 1933. This was a desperate attempt to improve sales of the slow-selling Auburn Twelve. The Sal....[continue reading]