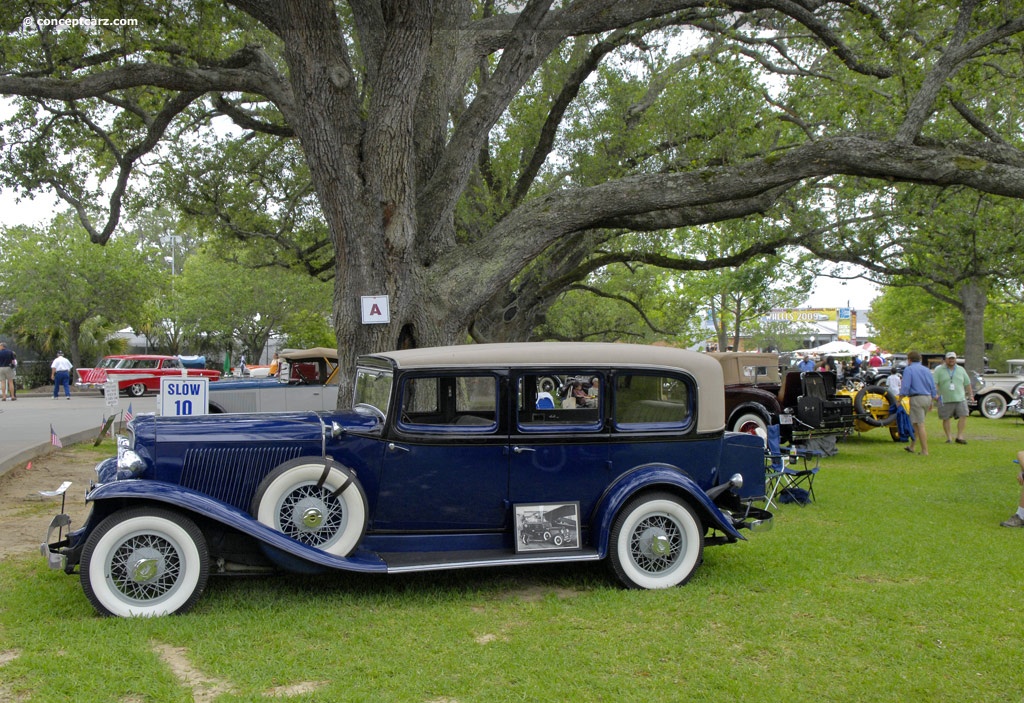 The Auburn Company was owned by E.L. Cord, whose Cord Corporation owned a number of companies including Duesenberg, Inc. and Stinson Aircraft.....[continue reading]

Errett Lobban Cord joined Auburn as general manager in 1924. Cord quickly set about restyling the cars, increasing sales, and diverted the company's path away from bankruptcy. In 1925 Cord arranged for Lycoming straight-eight engines to be installed ....[continue reading]

Failing Auburn initially thrived under the direction of salesman E.M. Cord and the late twenties saw a 1300% sales increase. Convertibles accounted for more than a quarter of the sales and most of their coachwork done as was this one by the Limousine....[continue reading]

This Auburn was give its speedster body in the late 1970s by Carl Amsley. It was further restored in the early 1980s in ts present black and silvery livery, accented by red pinstriping, a black convertible top, and a tan leather interior. It was an A....[continue reading]

This Auburn Speedster was acquired from the estate of well-known Minnesota collector Kermit Wilson in 2014. The Custom line 'A' distinguishes it from the Standard line (8-95), as the company wanted to put emphasis on performance.....[continue reading]