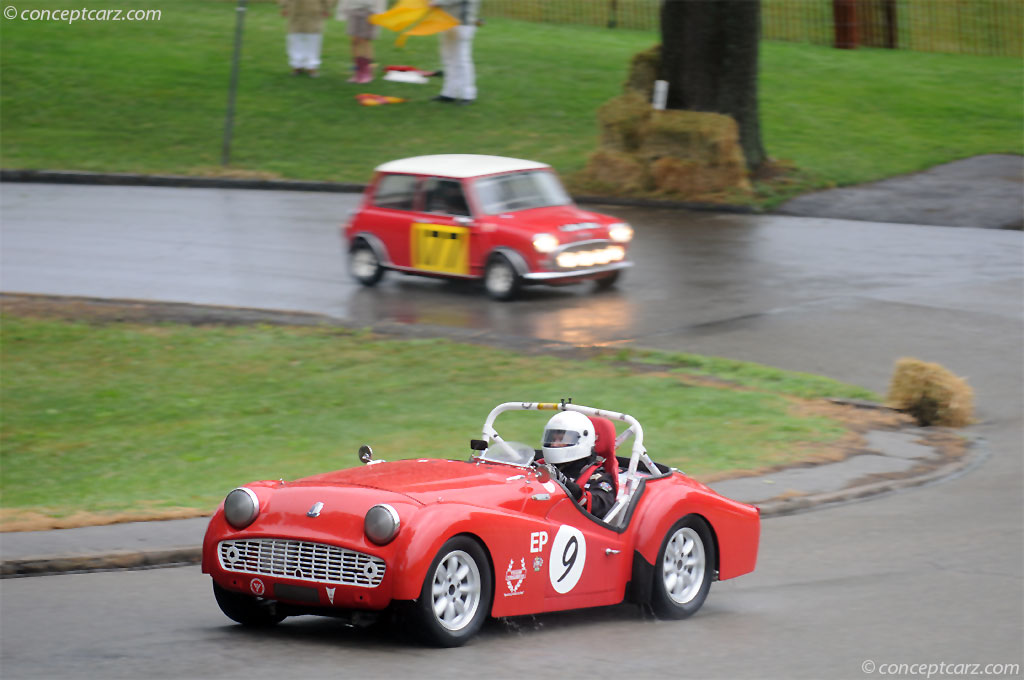 Triumph developed the TR2 sports car to compete with those of MG and Jaguar. Introduced in March of 1953 at the Geneva Motor Show, it became an enormous success both at home and abroad. The TR3 that followed represented evolution rather than revolution, as to not disturb the sales enthusiasm. The Triumph TR3 was introduced in October of 1955 and it closely followed the mold established by the TR2. It was a classic British Roadster with long body lines, low cut doors, and sports car handling characteristics. It came with a 95 horsepower, five more than the TR2, and an 'egg box' radiator grille that was among the most distinguishable features of the new model. The suspension was comprised of double A-arms with coil springs and tube shock absorbers. By mid-1956, a new cylinder head had brought horsepower up to 100, and then in August, Girling front disc brakes were introduced. In 1957, additional cosmetic changes brought about the introduction of the TR3A, complete with new front-end styling with a full-width grille incorporating sidelights/indicators, and locking door and trunk handles plus an improved interior.Nearing the end of production, Triumph dealers became concerned about the new model's popularity, so they requested an extension of the TR3 design for an additional year. The result was the TR3B, sold exclusively in America during 1962. They had very minor styling changes, with the early examples (having a commission number preceded by 'TSF') being identical to the TR3A and powered by a 121.5 CID overhead-valve four-cylinder engine. Later production versions (with commission numbers preceded by 'TCF') used the TR4's 130.4 CID engine that had similar power output to the prior 121.5 CID unit, backed by the new all-synchromesh gearbox. It was priced at $2,675 and approximately 3,334 examples were built. Approximately 530 were 'TSF' and 2,804 were 'TCF.'
The TR3B (an unofficial name that is now common) was produced concurrently with the TR4.
By Daniel Vaughan | Sep 2020

In 1957 the Triumph TR3A was introduced as a replacement for its predecessor, the TR3. The 3A featured improved design and mechanics, resulting in a top speed of 105 mph. The TR3A was a reliable vehicle this was proven in 1960 during the grueling Le Mans 24 Hour race where three cars were entered and finished, placing ninth, eleventh, and fifteenth. The vehicle featured a four-cylinder, 95 horsepower....
Continue Reading >> 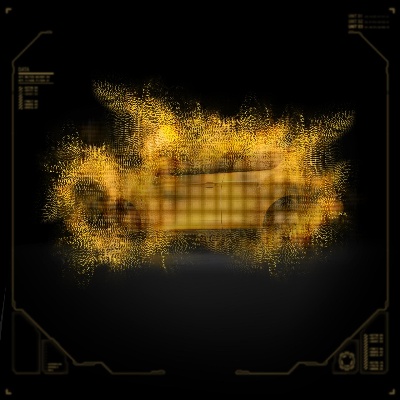 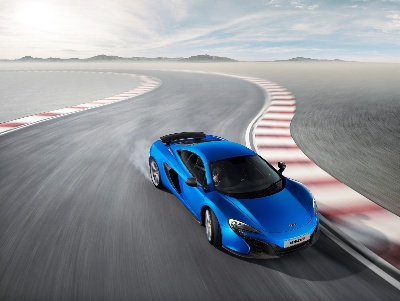 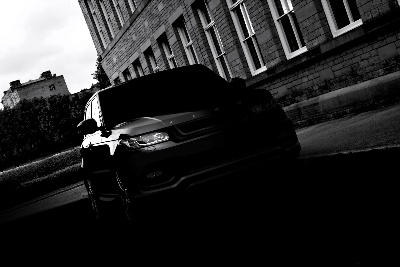 As the first Kahn Range Rover Sport RS-300 takes its position in the Palexpo exhibition centre, a world exclusive unveiling is set to follow. A. Kahn Design will be showcasing the breadth of its latest bespoke offering at the 2014 Geneva Motor Show...
© 1998-2021. All rights reserved. The material may not be published, broadcast, rewritten, or redistributed.