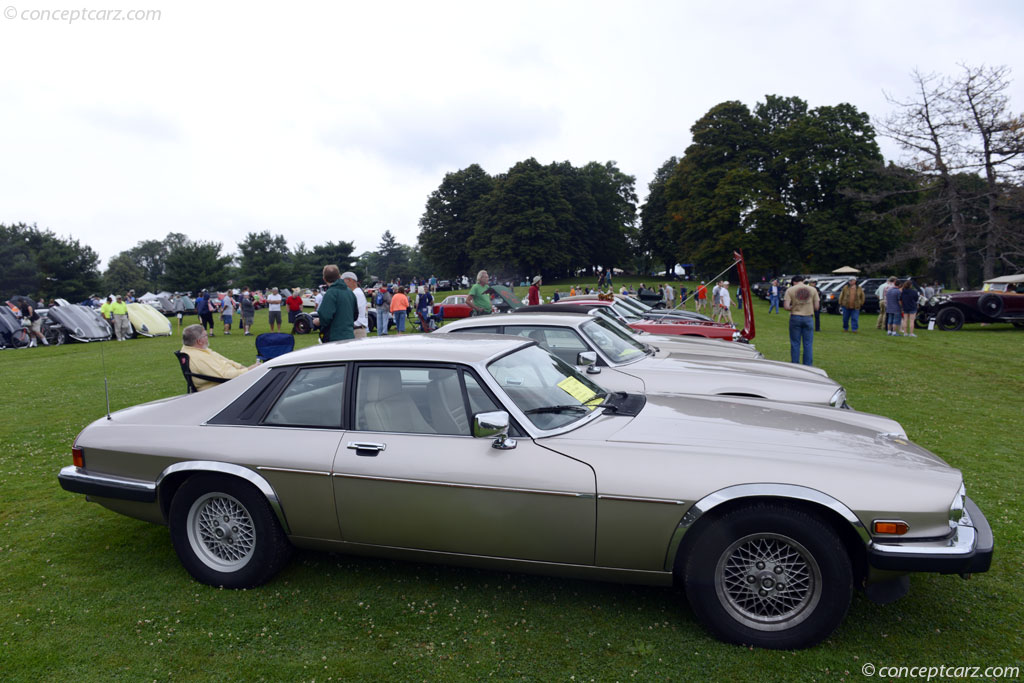 The Jaguar XJS leaned more towards a comfortable Grand Touring car rather than a race-bred sports car, and it was infused with successful design elements of the XJ6/XJ12 saloon platform and running gear. Introduced in 1976 at the Frankfurt Motor Show, the V12-powered coupe rested on a shorter wheelbase platform than its four-door sibling, with six-cylinder and soft-top versions following in the 1980s. Among the developmental evolutions of the V12-powered XJ-S was the introduction of the HE (High-Efficiency) engine in 1981. With the help of a new cylinder head design, this more fuel-efficient unit allowed the XJS to comply with stricter worldwide emissions legislation.The 1991 Jaguar XJS was available as either a coupe or a convertible with the base coupe selling for $53,000 while the convertible sold for $63,600. Power was from an overhead-cam 24-valve aluminum V12 offering 265 horsepower. It had a multi-point fuel injection system along with twin spray injectors. The engine was mated to a four-speed automatic gearbox, four-wheel disc brakes, and a rack-and-pinion steering system. For 1991, two new interior colors were added, including Magnolia and Doeskin. Charcoal-toned leather trim was added to the shift knob and to the steering wheel, and contrasting piping was on the upholstery. The Classic Collection XJS was only available to the United States market. It is appointed similar to the Collection Rouge with lattice alloy wheels, four-headlight arrangement, new Classic badging on the boot lid, and a gold-plated growler badge on the hood.
The Jaguar XJS would enjoy a long production lifespan, lasting through April 1996 with over 115,000 examples built. It was one of Jaguar's best-selling sports car ever with 12,372 Convertible XJSs and 5,013 Cabriolet XJ-SCs built before the model range was replaced by the XK8.
By Daniel Vaughan | Feb 2015

Floridas sunny weather is creating the perfect back-drop to honor the 50th anniversary of the famed Mercedes-Benz Pagoda, SL which takes center stage during this weeks Amelia Island Concours dElegance, March 8-10, 2013. The launch of the Mercedes-Benz...
© 1998-2020. All rights reserved. The material may not be published, broadcast, rewritten, or redistributed.