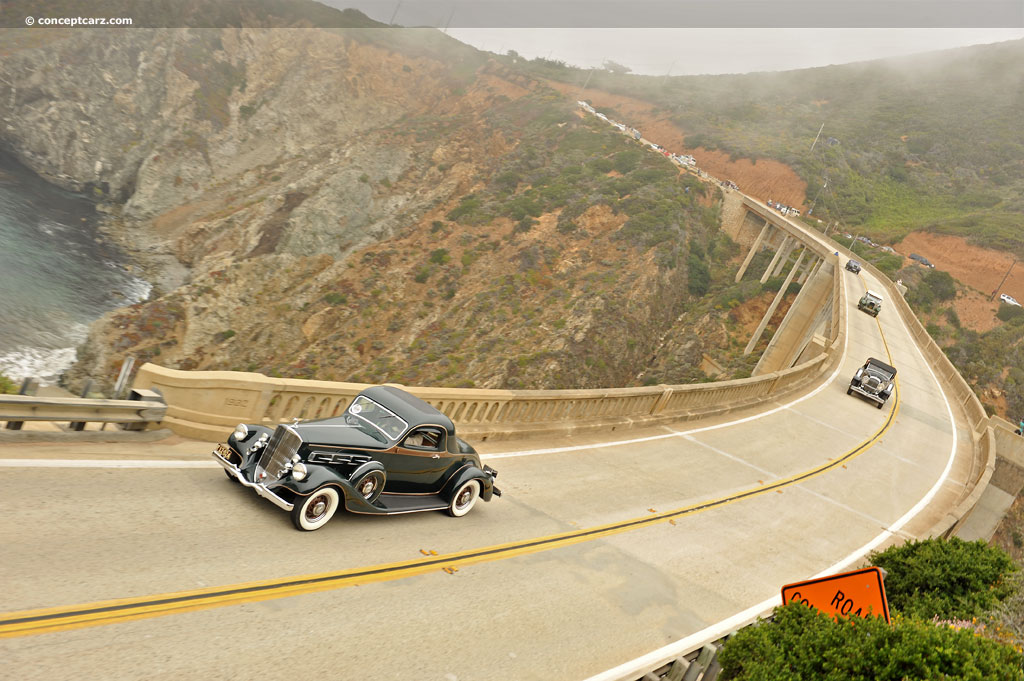 The Pierce-Arrow Company of Buffalo, New York produced vehicles that were recognized as status symbols and many were owned by captains of industry, royalty, and movie stars. Two examples were ordered by President William Howard Taft for use at official state occasions. Pierce-Arrow became synonymous with the ultimate in motoring luxury, earning a reputation for their stylish cars and the well-engineered and massive six-cylinder engines of the 1910s. The reputation grew with the Great Arrow and continued with the Model 36 and 48, culminating with the Model 66 which had an 847 cubic-inch T-head engine resting in a 147-inch wheelbase. By the 1920s, the competition had caught up, stealing market share from Pierce-Arrow until the company was in trouble. The other marques had continued to enhance and develop their products while Pierce-Arrow had rested on their

Pierce-Arrow was rescued by Mr. Albert R. Erskine - an accountant who ascended to the Presidency of Studebaker. He was focused on assembling an automotive empire and the Pierce-Arrow name was more than adequate to compete in the fine car marketplace. A stock swap deal was quickly negotiated and he gained control of Pierce-Arrow in 1928.

To modernize the Pierce-Arrow, work began on an eight-cylinder engine, new bodies, and a host of new features. Better cars at lower prices gave Pierce its best year in 1929, with 9,700 cars delivered. Unfortunately, sales would soon decline due to the Great Depression and the crippling effects it had on the economy.

In hopes of revitalize sales, Pierce-Arrows new sales manager, Roy Faulkner, instructed designer Phil Wright to create something new and dramatic. What he came up with was the Silver Arrow, introduced in 1933 at the New York and Chicago Auto Shows. They were sensational, elegant, and thoroughly modern. Their Achilles Heel was the $10,000 price tag which resulted in just five examples ever built. The attractive styling of the Silver Arrow did result in updated styling across the line, producing a dramatic, yet short lived, sales boost for Pierce-Arrow.

The 1935 Pierce-Arrow Model 845 had a 140-horsepower eight-cylinder engine and available with either a 138-inch or 144-inch wheelbase. The Convertible Roadster, Club Brougham, Club Sedan, Coupe, and Sedan all rested on the shorter platform. The larger size was reserved for the seven-passenger sedan, Silver Arrow, and Enclosed Drive Limousine.
by Daniel Vaughan | May 2019
Vehicle Profiles

The aerodynamic styling seen on this V-12 Silver Arrow Coupe is a very rare production series development based upon the famed Pierce Silver Arrow created for the 1933 Century of Progress Exposition in Chicago. This Pierce-Arrow is powered by a 175 h....[continue reading]

This aerodynamic coupe was influenced by the styling of the famed Silver Arrow show car of 1933 and the subsequent 'production' Silver Arrow models.....[continue reading]

This 1935 Pierce-Arrow Model 845 Four-Door Sedan is a left hand drive vehicle with a 400 cubic-inch eight-cylinder engine that produces 140 horsepower. Its three-speed manual gearbox sends power to the rear wheels while the four-wheel mechanical bra....[continue reading]

This 1935 Pierce-Arrow Model 845 Club Sedan is one of only 875 Pierce-Arrow motor cars sold in 1935. It was acquired by the current owner in 1935 and has been treated to a restoration since new. This car was part of the Sterling McCall Old Car Muse....[continue reading]

The original owner of this car was William Henry Vanderbilt, III of Portsmouth, Rhode Island. The Club Sedan offered slightly more privacy for rear seat passengers than the standard 5-passenger sedan. After about seven years, the car was given to the....[continue reading]

Pierce-Arrow began by producing bird cages and later bicycles before producing one of the grandest automobiles of all-time. One of the 'three Ps' of automotive aristocracy in the United States - including Packard and Peerless - a Pierce-Arrow is inst....[continue reading]