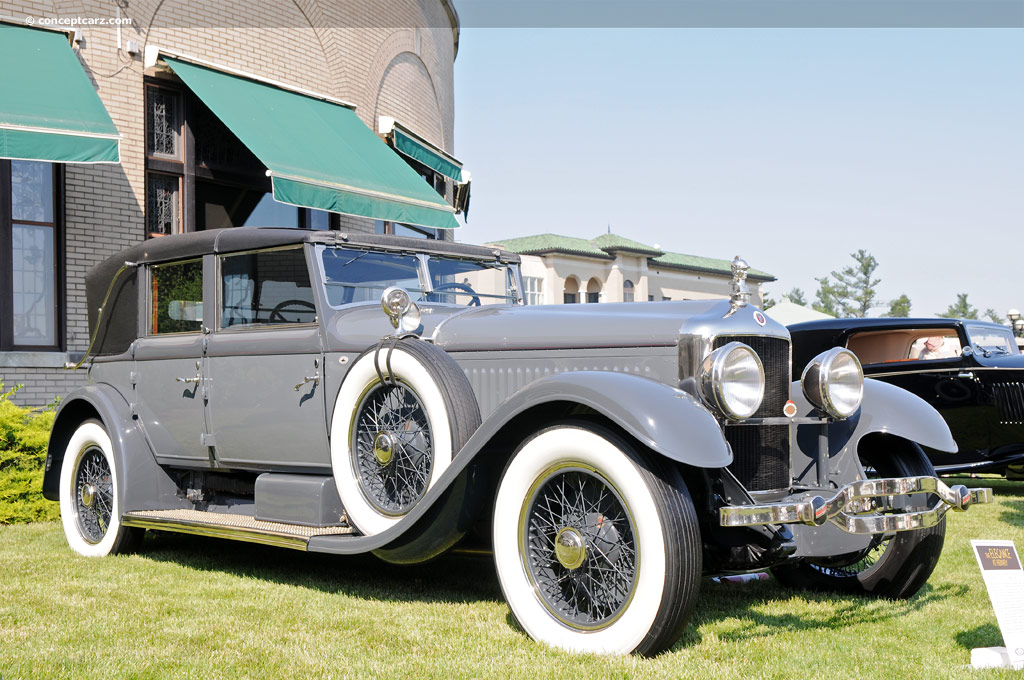 Sylvain De Jong, a Dutchman living in Antwerp, Belgium, began building motorized and non-motorized bicycles in 1897. By the early 1900s, De Jong began constructing automobiles and, by 1903, he formed Minerva Motors Société Anonyme. A few years later, Minerva obtained a license from Charles Knight for their double sleeve-valve engine. The sleeve valve engine design was a revolutionary concept that dropped engine noise substantially over the conventional combustion engine. The near-silent engine was to be fitted into all Minerva models to follow and most of the vehicles were given formal coachwork. Some of the Minerva's were built to participate in racing events. Two notable and victorious endeavors were at the Austrian Alpine Trials and the Swedish Winter Trials.

During the 1920s, Minerva offered their models with six-cylinder engines in varying displacement and power ratings. In 1926, the company introduced their AF models which featured a 5.3-liter, six-cylinder powerplant rated at 30 cv. After the company joined forces with Fabrique Nationale (FN) in 1927, the sales and revenue increased for these two large Belgian automobile manufacturers, partially through refinement of the AF. The engines received a boost in power, with an increase to six-liters.

In 1930, the company introduced straight eight that was available in two sizes, the 6.6-liter AL and the 4 liter AP. The last Minerva was the 2-liter M4 of 1934 but unfortuntaely, it was not a strong seller. The slow sales and the financial crisis of the 1930s forced the company to restructure as Société Nouvelle Minerva but in 1934 merged with the other major Belgian constructor Imperia. Imperia continued to make Minervas for a year and the AP until 1938 and from 1937 badged some of their cars and trucks for export to England and France as Minerva-Imperias. Just prior to World War II, a group of businessmen from Verviers bought out Minerva.
By Daniel Vaughan | Nov 2011

At the age of 15 in 1895, Holland native Sylvain de Jong emigrated from Amsterdam to Antwerp, Belgium. In 1895 he began manufacturing his Mercury bicycles. After a two-year stint in America to learn about machining tools, he returned to Belgium in 18....[continue reading]

Town Car by Hibbard and Darrin

BARRINGTON, ILL. – July 3, 2013 – The 7th Annual Barrington Concours dElegance will feature a wide variety of vehicle classes, including some of the most celebrated pre and post war collectible...

Concours-Winning ‘Best of Show 1931 Voisin Demi-Berline Headlines the Sale on Friday, March 12, 2010 Gooding %26 Company, the internationally-recognized auction house, is thrilled to announce that...
© 1998-2020. All rights reserved. The material may not be published, broadcast, rewritten, or redistributed.