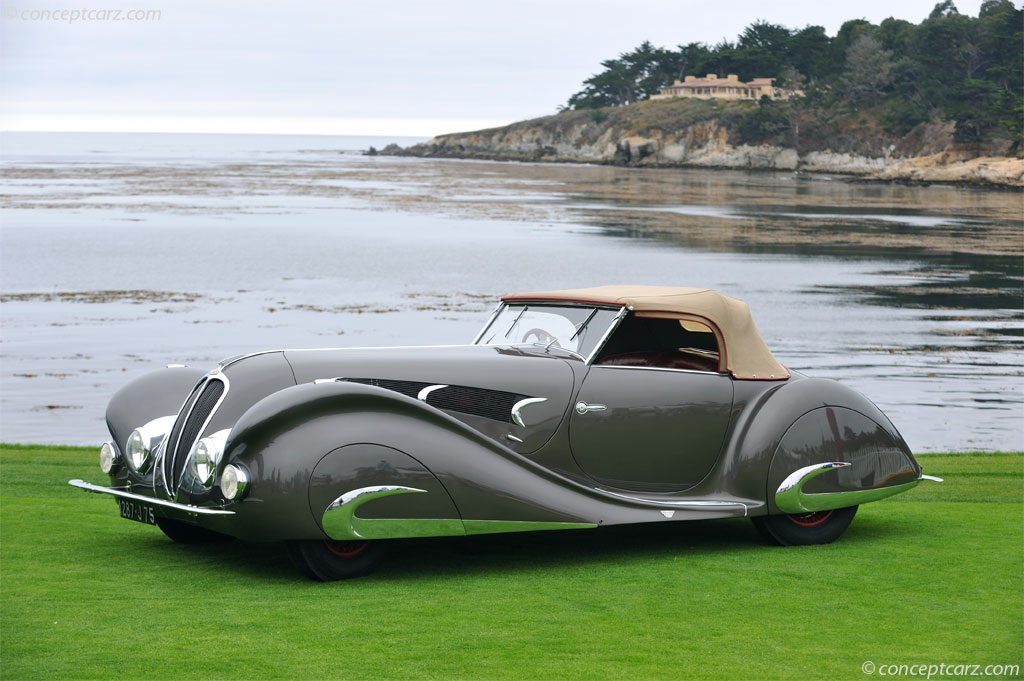 Delahaye was founded in 1895 by Emile Delahaye, and it would grow to become one of the most successful French luxury car manufactures of the pre-World War II era. The early examples were belt-driven single and twin-cylinder horseless carriages. The designs and innovations attracted investors eager to help the company succeeded, but sadly Delahaye did not live long enough to see his company's success, as he passed away in 1905. Before he died, he hired several influential and creative engineers who continued his legacy. Prior to World War I, Delahaye was issued many patents with perhaps the most important being a V-6 layout as well as a twin-cam multi-valve engine.

Delahaye would build magnificent touring cars and high-performance machines that racked up success on the Grand Prix circuit as well as the great sports car races such as the Mille Miglia and the 24 Hours of Le Mans. Production of their most successful and recognized model, the Type 135, began in 1935 and came with a 3.2-liter 90 or 110 horsepower overhead-valve engine. Engineered by Jean Francois, it received the nickname Coupe des Alpes after winning the grueling Alpine Rally. In the front was an independent suspension setup with a live axle in the rear. Bendix brakes and either a partial synchro four-speed manual or Cotal pre-selector gearbox were offered. The perimeter frame was designed for a low center of gravity and exceptional handling.

Competition variants dominated in sports-car racing during the late 1930s. Delahaye 135s took 2nd, 3rd, 4th, and 5th at the 1936 French Grand Prix, which was run to sports-car regulations that year. Labor unrest forced the cancellation of the 1936 Le Mans 24 Hours, however, Delahaye 135s scored 2nd and 3rd in 1937 and 1st, 2nd, and 4th in 1938. Siam's Prince Bira won the 1938 Donington 12-Hour Sports Car Race and Prince Chula was victorious at Brooklands' 'Fastest Road Car in England' event. After World War II, Delahaye 135s continued to race well into the 1950s, with one contesting the 1954 Tour de France.

Production was halted due to the war, but when peacetime resumed, so did the production of the 135 and MS in various forms until 1951, when the parent company Hotchkiss ended its run.

Delahaye did not produce its own coachwork, but its low ride height and purpose-built chassis made it the perfect platform to receive some of the most luxurious and sporting custom coachwork ever conceived. The list of coachbuilders included Figoni et Falaschi, Saoutchik, Pennock, and Marcel Pourtout who were eager to create coachwork streamlined bodies.
by Daniel Vaughan | Nov 2019

The origins of Delahaye lie in a company started in 1845 to produce brick-making machinery. Emile Delahaye was a railroad engineer who designed rolling stock for the French and Belgian railroads. He designed his first car similar to the German Daimle....[continue reading]

Forty five years ago, the owner saw the car and fill in love with it. Two years later he saved it from being unceremoniously pushed over a cliff by its former 'unhappy' owner and immediately bought it from him. After forty three years of shared adv....[continue reading]

A Mr. Jourde from India asked his friend Joseph Figoni to build this car in the style exhibited at the Paris Auto Show. It was then shipped to Bombay where it remained until 1986. During its time in India, the car's headlights were removed from the....[continue reading]

The Delahaye 135 was introduced in 1935 as the 'Coupe des Alpes' after its success in the Alpine Rally. The M-135 version was added in 1936 with a larger 3.5L overhead valve inline six-cylinder engine with three carburetors producing 115 horsepower. ....[continue reading]

This Delahaye was originally built by Figoni and Falaschi of Paris, France, in 1937 for sale new or delivery new to the Algeria region of North Africa. It remained there until the mid-1970s when it was re-discovered by Maurice Ragout of Southern Fran....[continue reading]

Delahaye originated in 1845 to produce brick-making machinery. Emile Delahaye was a railroad engineer who designed rolling stock for the French and Belgian railroads. He built his first car in 1895, and took over Delage in 1935, a maker of elegant ca....[continue reading]

The Delahaye Type 135 was first seen at the Paris Salon de l'Automobile in October 1935. It achieved enormous success in competition, winning its class in the International Alpine Trials in 1935, Monte Carlo Rally in 1937 and 24 Hours of LeMans in 19....[continue reading]

This Delahaye 135 MS Competition Special Roadster by Figoni & Falaschi was built on a short competition chassis with aluminum coachwork and a leather interior by Hermes. It debuted at the 1937 Paris Auto Salon where it was the most talked about car o....[continue reading]

France's Delahaye was one of the world's earliest automobile manufacturers. They were established during 1845 in Tours and later relocated to Paris, building their first horseless carriage in 1894. Years later, at the 1935 Paris Salon, they introduce....[continue reading]

Delahaye showed its new 135 model at the Paris Auto Salon in 1935. The car boasted a brand-new chassis but had the same 3.5-liter, 6-cylinder engine as its predecessor. One year later, Delahaye introduced the more powerful Type 135 M, which offered a....[continue reading] 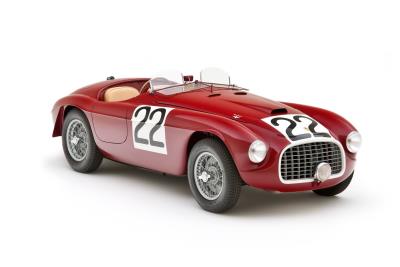 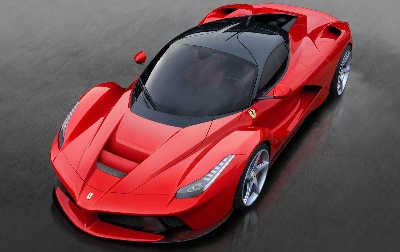 2014 CONCOURS OF ELEGANCE CONFIRMS THE FIRST CONCOURS CARS TO APPEAR AT HAMPTON COURT PALACE – FROM AN 1896 LUTZMANN TO A 2014 FERRARI LaFERRARI 2014 Concours of Elegance at Hampton Court Pala...
© 1998-2020. All rights reserved. The material may not be published, broadcast, rewritten, or redistributed.