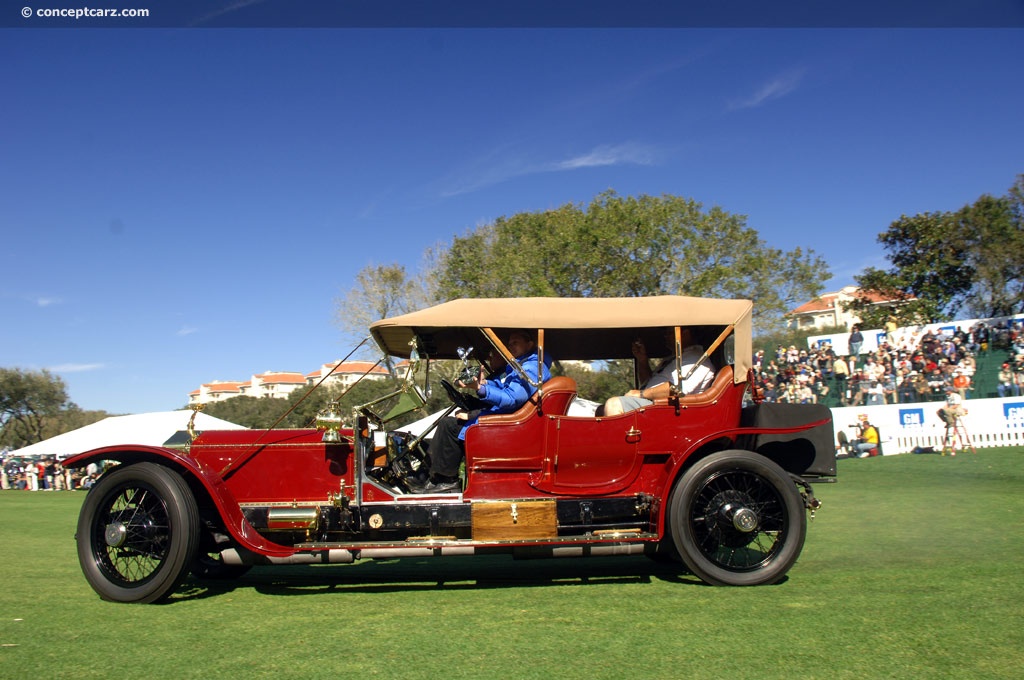 Frederick Henry Royce was trained in the British electric power industry as an engineer, and Charles Stewart Rolls (14 years Royce's junior) was educated at Cambridge University. In 1902, Mr. Royce began experimenting with motor cars and soon decided he could built a better product than most other vehicles on the road. Mr. Rolls was fond of bicycle racing and took to motor racing in 1899 with a DeDion-Bouton tricycle. The meeting between Mr. Rolls and Mr. Royce was arranged by Rolls' friend, Henry Edmunds (a pioneer motorist and founder of the Royal Automobile Club) in May of 1904. The two individuals hit it off, and Rolls began selling Royce's entire output. The first Rolls-Royce car was put on display at the Paris Salon in December of 1904. By 1906, Rolls had cancelled all of his other franchise arrangements and the two business men formed Rolls-Royce Ltd.

In 1906, Henry Royce began designing a six-cylinder engine with a basic design that consisted of two blocks of three cylinders on a common crankcase. Pressure lubrication was a forward-looking feature. A year later, production began with the most famous example being a silver Barker-bodied tourer built for Managing Director Claude Johnson (the 13th chassis built). It was christened 'Silver Ghost,' a name that was later appropriated for the entire 19-year model run of what was officially called the 40/50, from its horsepower rating (40 taxable horsepower and 50 true horsepower). They would become known as 'The Best Car in the World' and would build a reputation based on their reliability, virtually silent operation, smoothness, absence of vibration, performance, and style. They would continue in production for nearly two decades during which time the essence of the car remained mostly unchanged.

Production continued in England through 1925 and in America at Rolls-Royce's Springfield facility from 1921 to 1926.

The aforementioned 13th chassis became a demonstration car for Rolls-Royce. It was tested during a 2,000-mile trial under the supervision of the Royal Automobile Club, where during the test it recorded a figure of better than 20 mpg on the road between London and Glasgow. The car was then entered in the Scottish Reliability Trials, where it unfortunately had to make an unscheduled stop at 629 miles caused by a faulty petrol tap shaking shut. It ran flawlessly day and night following the trials, resting only on Sundays, until 15,000 miles had been covered. This mean 14,371 miles had been travelled without an involuntary stop, which set a new world record. Under the supervision of the R.A.C., the car was dismantled with all parts reported 'as new.'

The 40/50 HP Silver Ghost was powered by a 7,428cc inline L-head six-cylinder engine breathing through a single Updraft carburetor and offering 50 horsepower. The engine was backed by a three-speed manual gearbox and braking was handled by mechanical drum brakes at the rear. Both the front and rear suspension were comprised of a live-axle setup with semi-elliptical leaf springs.
by Daniel Vaughan | Nov 2019

Known simply as 'The Best Car in the World', the 40/50 hp Rolls-Royce was produced from 1907 until 1926. The name 'Silver Ghost' was given to the 13th 40/50 produced that was used by the company for test runs and reliability trials. That car was so r....[continue reading]

Edwardian Elegance for the Maharaja of Mysore
The rulers of India, the Maharajas of various states and city-states, were loyal customers of the Rolls-Royce marque. Many lived a very lavish lifestyle in palaces with staff and attendants to ....[continue reading]

This car was originally built for Robert Hardy Williamson, a successful ship builder from the Northwest coast of England. Most Silver Ghosts are just that - silver - having German silver brightwork. When Williamson first saw the car, he thought it ....[continue reading]

This Rolls-Royce Silver Ghost has a period Roi-des-Belges Tourer body with coachwork that is believed to be by Alford & Alder. It is an RROC national Meet Best in Show, AACA Senior National Award Winner. It has been given a professional restoration s....[continue reading]

The Rolls-Royce model first introduced in 1906 was not initially referred to as a Silver Ghost, but rather the '40/50', referring to its 40 taxable HP and 50 true HP. Silver Ghosts became known not only for their incredible reliability, but also for ....[continue reading]

'The Best Car in the World' - a claim first made in 1911 was bolstered by a Silver Ghost covering 14,371 miles nonstop, except for Sundays, without any problems. This Rolls-Royce was originally a Derby trials car and then used for the 'London Open Tr....[continue reading]

In the affluent years preceding World War I, Rolls-Royce Silver Ghosts were often bodied with formal limousines with high roof lines to accommodate the top hats of their owners. This Hooper Limousine, built in 1914, was the second body on this chassi....[continue reading]

This car was sold with engine #67 on May 18, 1911, to G.F. Smith of South Port. Smith specified, among other things, brass fittings rather than the more usual nickel. It was shipped to Cockshoot in Manchester where a landaulette body was erected on t....[continue reading]

The early 'parallel bonnet' model 40/50 HP Silver Ghosts were those produced between the start of production in 1907 and 1915. They were given their name for the distinctive design of their front ends. This particular example was 'on test' on Februar....[continue reading]

This Silver Ghost has a six-cylinder, 7224cc, side valves, 38 horsepower at 1,000 RPM engine with a three-speed manual gearbox. Crafted in precisely the same style as an original Alford and Alder tourer, this Ghost has all bright work in brass, inclu....[continue reading]

This 1911 Rolls-Royce 40/50 HP Silver Ghost was originally UK-registered LE 7043. It was commissioned by Thrupp & Maberly in November 1911 and delivered in March 1912 to be fitted with Seven-Passenger Landaulette coachwork in similar fashion to the L....[continue reading] 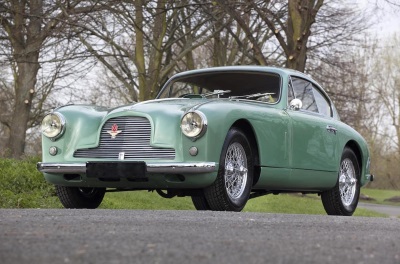 The worlds oldest bloodstock auctioneers will play host to some rather spectacular thoroughbreds of the four-wheeled variety on July 12th, at Barons Connoisseurs Classic Car Collection sale at Tattersalls... 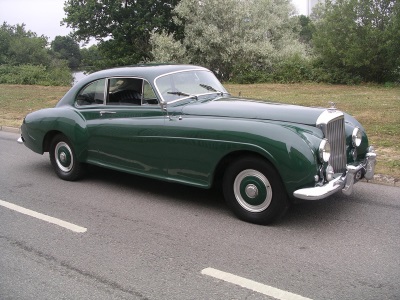 With three sales in five weeks, Barons has a busy time ahead in June and July, and the Barons team has amassed some superb entries. The intense auction action kicks off with British Heritage, Classic...