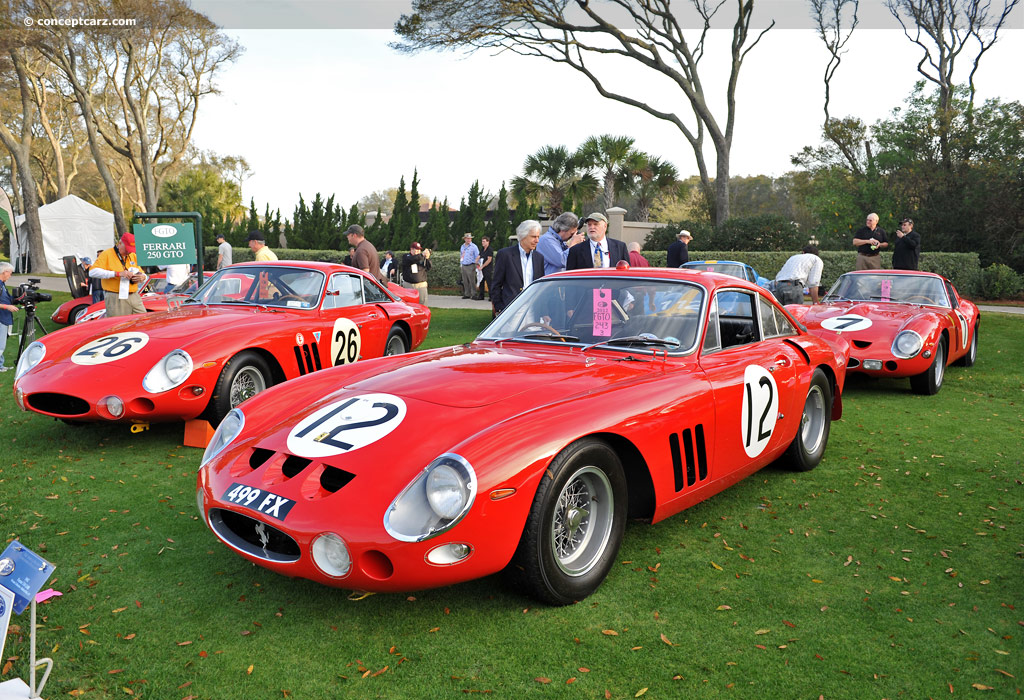 The 1962 World Sportscar Championship consisted of the Coupe des Sport, which was contested in three engine capacity divisions, and the International Championship for GT Manufacturers, which also had three engine capacity divisions. There were 15 events, and focus shifted to production-based GT cars instead of the previous seasons' purpose-built sports racers. Ferrari had won the 1961 Championship and would go on to clinch the next three championships with the 250 GTO despite the rule changes. For the 24 Hours of LeMans, Ferrari felt they needed a more powerful car to contest the prototype racer class which had a displacement limit of four liters.

So Ferrari looked to their production car lineup which included the recently launched four-liter 400 SuperAmerica. Convinced the 400 SA engine would work, they began preparing it for racing. Its engine had a similar Colombo design to the 250 GTO although its longer stroke made it slightly taller. It was given six Weber carburetors and a dry-sump lubrication system, resulting in an increase in power from 340 bhp to around 400 bhp. This engine was fitted into two different types of chassis that included a longer version of the 250 GTO chassis and a similar chassis of the 250 TR. The engine installed in the 250 TR chassis was known as the 330 TRI/LM and only one example was built. It had a Fantuzzi body and would be raced by Phil Hill and Olivier Gendebien to an overall victory at the 24 Hours of LeMans. Three examples of the '330 GTO' were built and had coupe bodywork in a similar fashion to its 250 GTO sibling. Due to its larger engine, the 330 GTO had a larger bulge on the engine cover. All three had slightly different design cues throughout the exterior. Two of the three cars were raced, with one earning a class victory at the Nürburgring 1000 km while the other raced at LeMans but was forced to retire prematurely due to overheating problems.

For the 1963 season, four additional four-liter V12 racing cars were built. They were installed in a larger wheelbase size chassis of 2500mm and fitted with a Pininfarina designed body built by Scaglietti. In the front was a design similar to the 250 GTO and at the back, it was similar to the 250 GT Lusso. Called the 330 LMB, they were brought to the 24 Hours of LeMans during the test days and became the first car to break 300 km/h on the track.

Three examples of the 330 LMBs were sent to privateers and the fourth was used during the LeMans test days. The three privateer cars were entered in the 24 Hours of LeMan with only one making it to the finish, scoring fifth overall and first in class. Two months later, the class-winning car scored another Class victory at the Guards Trophy at Brands Hatch.

The four-liter front-engine 330 LMBs would enjoy a short racing career as privateers and Ferrari continued the move to the smaller and more nimble mid-engine configuration.
by Daniel Vaughan | Aug 2019
Vehicle Profiles

Only four of these Ferrari 330 LM Berlinettas were built, and this car (serial number 4725 SA) is the only one with a competition history having finished fifth overall at Le Mans in 1963. After Le Mans, this car saw any further significant competitio....[continue reading]

This Ferrari 300 LM Berlinetta raced at the 1963 24 Hours of LeMans were it was piloted by Dan Gurney and Jim Hall. Unfortunately, it failed to finish. Gurney raced it later in the year at the 500km Bridgehampton race where it finished 3rd overall an....[continue reading] 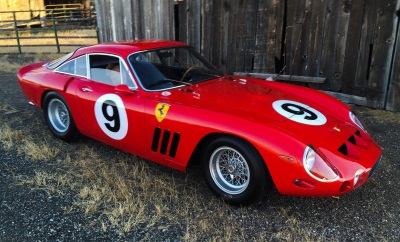 BurbankCA, July 7th, 2016 -- Even in the realms of classic Ferraris there are few cars as exclusive as this one. At its 2016 Monterey event, Rick Cole Auctions will be offering one of the best-known... 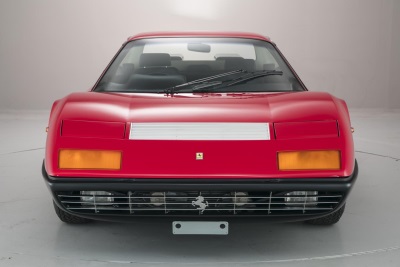 Leading London classic car retailer Hexagon is pleased to offer for sale one of the ultimate Berlinetta Boxer Ferraris Beautiful 1975 Ferrari 365 GT4 BB is one of just 58 cars ever brought to the... 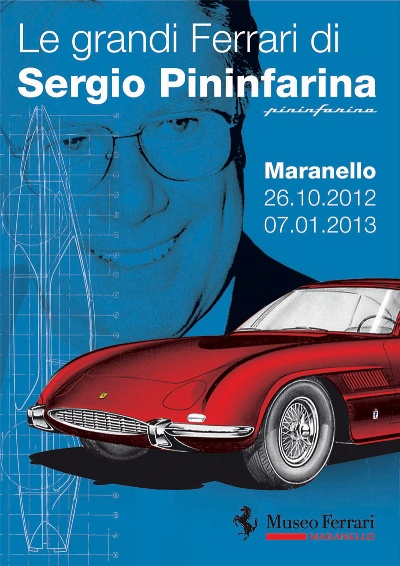