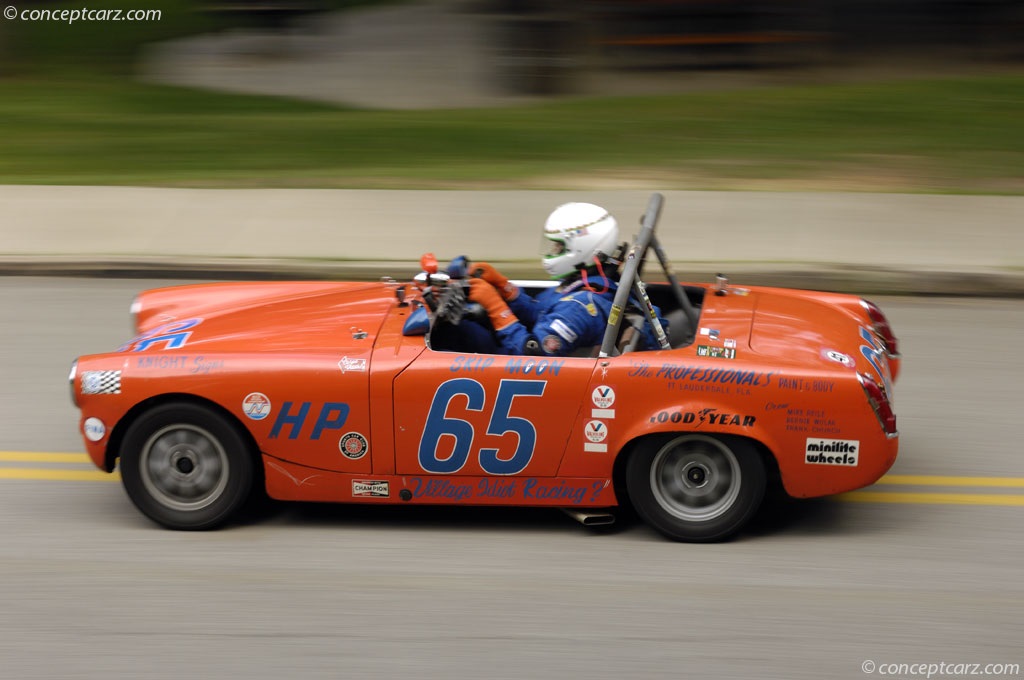 The Mark II was announced at the end of May 1961 and came with the same 948cc engine (engine code 9CG) as the Mark I, but with larger twin 1.25-inch SU carburetors, increasing power to 46.5 horsepower. The engine was backed by a close-ratio gearbox and rested on the same 80-inch wheelbase as its predecessor. The big news was the completely revamped bodywork with a more conventional layout for the headlights and a full-width grille and bonnet. The styling of the back end was similar to the soon-to-be-announced MGB, with an opening boot lid and conventional rear bumper bar.

The Austin-Healey Sprite MK II was introduced around the same time as the MG version, the new Midget. The 'Midget' name had previously been used by MG during the 1930s and again on the T-Type Midget of 1945 to 1955. The MG Midget would ultimately become more popular than the Austin-Healey and by the early 1970s, only the Midget remained in production.

The 1962 Austin-Healey Sprite was powered by an overhead-valve four-cylinder engine that displaced 948cc and produced 46 horsepower. This engine was replaced later in the year with a 1098cc unit that raised the horsepower to 56. The Sprite had a top speed of nearly 90 mph and could race from zero-to-sixty in just under 17 seconds. They had a four-speed manual transmission with a 4.22:1 final drive ratio. Hydraulic disc brakes were in the front with drums in the rear.

There were approximately 10,019 Austin-Healeys sold in the United States during 1962. The total production of Mark II Sprites reached 31,665 units.

Innocenti also produced their own version of the Sprite with styling by American Tom Tjaarda, then working at Carrozzeria. The Innocenti 950 spider (later the 1100 Spider) was produced from 1961 through 1968.
by Daniel Vaughan | Jul 2011

The Austin-Healey Sprite was produced from 1958 through 1971 with 129,347 examples of the two-door, low-cost, open roadster produced. The car was designed by the Healey Motor Company, more specifically Donald Healey, and produced in partnership with the British Motor Corporation. There were four series of the Sprite. The first series was produced from 1958 through 1961 with approximately 49,000....
Continue Reading >>

Austin-Healey introduced the Sprite at the Monte Carlo Grand Prix weekend in 1958. This sports car utilized parts from BMC econoboxes and did not even had a trunk lid. The luggage had to be loaded through the cockpit. Even with these inconveniences, ....[continue reading]

Total 1962 Austin-Healey Sprite production: 0
© 1998-2021. All rights reserved. The material may not be published, broadcast, rewritten, or redistributed.