While the launch was low-key, both drivers hope that the new 2007 challenger will raise the team above the mid-field standard and both drivers have their eyes set firmly on the big manufacturers, namely BMW, Toyota and Honda.

Australia's Mark Webber - who joins the team after a woeful 2006 season with Willams - is buoyed about the upcoming season, and admits that while his motivation was challenged in the previous two years, is now itching to get back into the fighting spirit with his new team. 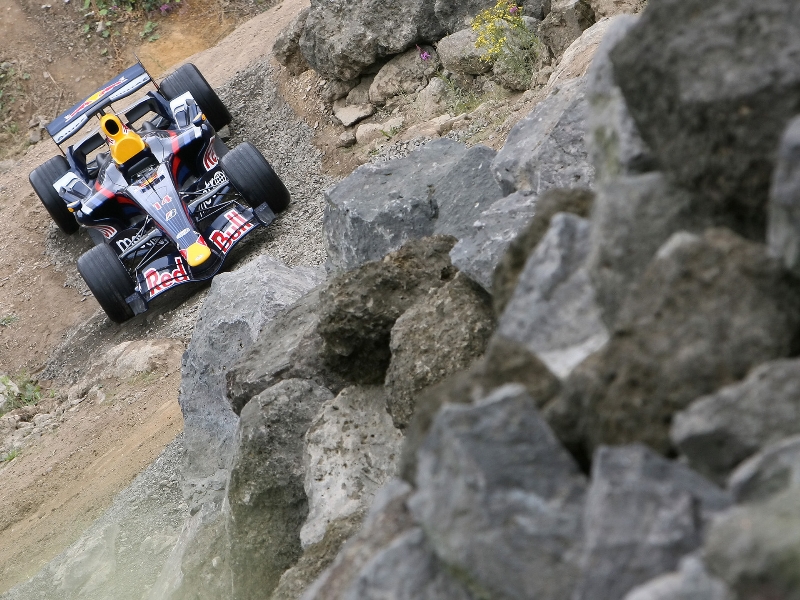 I'd say I've been quite motivated to get fit, which in the last few years was there but maybe wasn't as intense as it has been in the last few months – which is good for me because it shows my general excitement for the whole campaign basically. I am refreshed, I'm different at home apparently! I'm excited.

The feeling in the team is good and everyone's got a spring in their step. It's an exciting young team – obviously it's been around with Stewart and Jaguar but it's still quite young. We're going up against big manufacturers but we want to get amongst those guys and that's what we're here for, to go out and make a difference. Mark Webber.

David Coulthard was a little more realistic in his predictions for 2007, but confirmed he still has the determination to succeed with Red Bull.

The first step has to be to get out of the back division, which is where we've been for the last two years, and trying to get into the middle division, which means beating manufacturer teams which have been around for longer than the Red Bull organisation. That has to be the goal, I believe it's achievable. Only time will tell whether this car can deliver or not. David Coulthard.

David also gave us a little taste of some of the technical knowledge he has picked up in his many years of compeition.

Vital Stats
Engine : 8-cylinder
7-speed Manual
The Renault engine is proven, but it's not proven strapped to the back of a Red Bull, so we need to go through those growing pains of getting the electronic boxes to talk to each other, cooling and all those sorts of things. David Coulthard.

I'm sure Red Bull Racing are steering themselves in the right direction. They have acquired the services of quite possibly one of the world's finest aerodynamicists, they have strapped a Renault to the back of it and they appear to have remotivated Mark Webber, who in turn will keep Coulthard on his toes. While it may not be enough for this season, I'm sure Red Bull will continue their pursuit and one day step on the top step of the podium on merit.Source - Renault

Ornery old bulls can still put up a fierce fight. Nothing gets David Coulthard more ornery than being reminded of his age. And this is one Red Bull driver that still can be fiercely competitive and can be extremely dangerous when tangled with.
Coming into Spain, David Coulthard's performances had gone relatively unnoticed, and justifiably so since Coulthard had been unable to finish any of the first three races. However, if Coulthard had been behind the wheel of the McLaren-Mercedes once again things might have been looked at differently. People probably would have been saying, 'Bad luck' while speaking praises at the same time. But David isn't behind the wheel of the McLaren anymore. He is behind the wheel of the Red Bull Renault RBR3. And so far, the car's performances, and more so its reliability and stamina, have appeared more akin to the short-lived buzz the title sponsor's energy drink provides.
In the race for the championship and for the hearts of the fans results are paramount, not the 'good' drive. However, if a person was able to look past the results for a moment, he or she would have noticed some fantastic performances by the old, seemingly 'Out to Pasture' Red Bull driver. To the casual observer, it all came together in Spain, and one fantastic drive was the result. But ironically, while Spain produced David's best finish of the year to date, it may not have been his best race.
In Australia, David's race ended prematurely as the result of a collision. He was running well to that point given the fragility the car had shown in pre-season testing. Malaysia was going even better. David was climbing up through the field. However, toward the end of the race his car became too dangerous to drive. The full travel of his brake pedal was being hindered. This meant Coulthard couldn't keep up the pace without the fear of being unable to stop the car. This unusual condition led to Coulthard's retirement just when things were looking promising.
Then there was Bahrain. The Bahrain grand prix proved to be like a dog on a leash for David Coulthard; room to play but too short to reach the ultimate goal. But what leash Coulthard had he made the most of. He turned in a spirited and fantastic drive, one any racer would have been proud to claim for his or her self. If David had been able to finish he may have been the highlight of the whole race.
Relegated to the back of the grid due to gearbox problems, Coulthard faced the reality of a long day and the uncertainty of a car able to make it to the end. This would be one of those races where David simply chose of will to fight his way through the field for the best possible result. At times in the past when David made up his mind like this the drive was sensational to behold. This grand prix looked to be another one of those moments. Sheer will seemed to propel Coulthard forward in a fashion similar to that of Nigel Mansell in his days with Ferrari.
This day and age in Formula One, a car following fifty yards back is considered to be racing wheel-to-wheel with a competitor. David, however, revived the old style of racing in Bahrain as he climbed his way up. With laps winding down, Coulthard had ascended all the way up to seventh. This would have been a splendid result and a drive for the history books would it have ended right then. But again, the RBR3 proved fragile and a broken driveshaft ended David's glorious run.
And so, here David was coming into Spain amidst rumors he was racing for his job next season. Yes, based on results, such rumors were justified. But were they really justified? Were an individual to believe the rumors, then David provided as good a negotiating offer as possible—a good result.
Coulthard started the Spanish grand prix well by qualifying in the top ten—the first time, up to that point in the season. David was able to make good ground at the start which allowed him to move up just outside the top five. Coulthard would hold position and would be patient. Mistakes and failures by others led to Coulthard moving up even further. In fact, by the last round of stops Coulthard wasn't merely running in the points, he was running a solid fifth. But David's experience would have to help him to bring that fifth spot home.
Spain saw the debut of Red Bull's seamless-shifting gearbox. While confidence about what the system would provide was high, confidence about its ability to make it a race distance was extremely low. The team made the decision that at some point their drivers would have to switch back to the old style shifting gearbox. Coupled to this decision was the fact Coulthard had lost a gear late in the race. So, to merely finish his first race of the season, Coulthard would need all of his experience and will. But the old veteran built up enough of a lead over hard charging Nico Rosberg that he would eventually hold him off over the last ten laps for a hard fought and well-deserved fifth.
Before Spain, there were no highlights for Red Bull Racing. With one drive, Coulthard became the highlight of the Spanish grand prix. Good drives are quite often overlooked when they don't produce results. But to be so blinded means spirited and memorable performances go unnoticed. The highlight of Spain was provided by one of the old men of Formula One. And this serves as a reminder. Even old bulls can be dangerous when threatened or provoked.By Jeremy McMullen 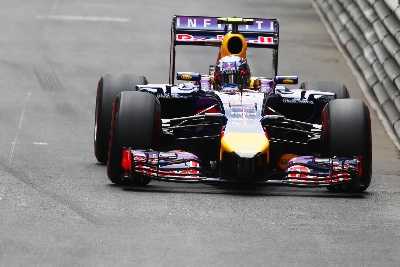 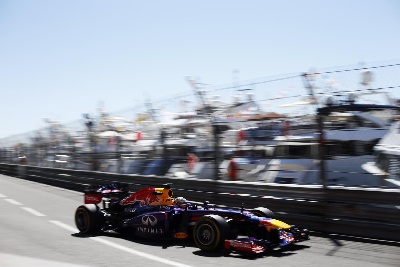 Second Row Lockout For Seb And Mark In Monaco

MONACO – Sebastian Vettel and Mark Webber will line up third and fourth respectively for tomorrows Monaco Grand Prix after the duo finished marginally behind pole winner Nico Rosberg and Lewis... 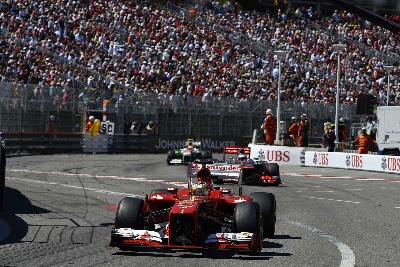 Monaco, 26 May – It is ironic that while the streets of the Principality are swarming with beautiful Ferrari GT cars all week long, come Sunday, the single-seaters from the same factory seem to struggle...