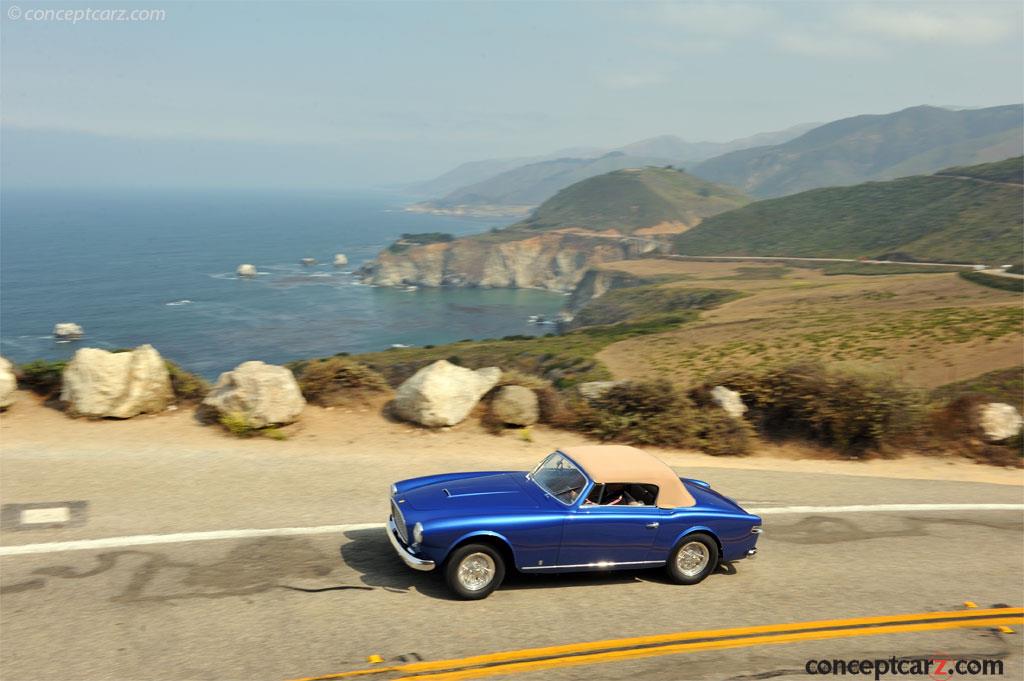 Enzo Ferrari joined the racing department of Alfa Romeo in 1920 as a driver. He won his first Grand Prix in 1923 in Ravenna on the Savio Circuit. The following year was his best season, with three victories, including Ravenna, Polesine and the Coppa Acerbo in Pescara. Following the death of his friend, Antonio Ascari in 1925, and the birth of his son Alfredo (Dino) in 1932, Ferrari decided to retire from racing and to focus instead on the management and development of the factory Alfa race cars. The team was called Scuderia Ferrari (founded by Enzo in 1929) and served as a racing division for Alfa Romeo. In 1937 Scuderia Ferrari was dissolved and Ferrari returned to Alfa's racing team, named Alfa Corse. Following a disagreement with Alfa's managing director Ugo Gobbato in 1939, Enzo left and founded Auto-Avio Costruzioni, a company supplying parts to other racing teams. A clause in Enzo's contract with Alfa Romeo restricted him from racing or designing cars for four years. The outbreak of World War II in 1940 forced Ferrari's factory to undertake the production for Mussolini's fascist government. Following the Allied bombing of the factory, Ferrari relocated from Modena to Maranello. When peacetime resumed, Ferrari began making cars that bore his name and founded Ferrari S.p.A. in 1947.

Enzo's final years working at Alfa Romeo were alongside an engineer named Gioachino Colombo, who had proven his mechanical talents with the creation of the 158 'Alfetta' racer. After forming his company, Enzo enlisted Colombo to design and build an engine that could compete at the highest levels of motorsport, which meant taking on his old team and battle against the 158 racers they had created. Racing regulations stipulated a maximum displacement of 1.5 liter with forced induction of 4.5-liters in Naturally Aspiration configuration. In a similar fashion to the Alfa Romeo engine he had constructed, Colombo selected forced induction to power Ferrari's first race car.

The new Ferrari V12, built with contributions from Giuseppe Busso and Luigi Bazzi, shared very little with the Alfa Romeo straight eight, apart from the displacement size and the designer's name. To ensure the engine was versatile and could be used for a variety of purposes, it was initially designed for natural aspiration. Colombo's role in the new Prancing Horse company stretched beyond engine design, as he also created the design for the chassis. The first Ferrari-Colombo engine appeared on May 11th of 1947. It was a 1.5-liter V12 unit used to power the Tipo 125, 159, and then 166 sports cars. This engine is known as the 'Colombo engine' and would be used for both road and racing cars for over four decades in displacement sizes up to 4.8-liters.

The Colombo engine enjoyed early success in the 166, but in supercharged form, it was not very competitive in Formula One. Hedging his bets, Enzo hired a competing designer named Aurelio Lampredi to create a large naturally aspirated V12. Lampredi had worked for Ferrari in 1946, then temporarily resigned to go back to Isotta Fraschini, only to return to Ferrari at the beginning of 1948 where he designed 3.3, 4.1, and 4.5 liter V12 family of engines, known as the 'Lampredi engines.' In the mid-1950s, Vittorio Jano, one of Colombo's former mentor, became Ferrari's head engineer and displaced the work of both men.

Colombo left Ferrari to oversee Alfa Romeo's racing department in 1950, leaving Lampredi in charge of design and development. Colombo and Lampredi design preferences were different, with Lampredi favoring large, naturally aspirated alternatives to the diminutive Colombo-designed V12s. Lampredi's new engine, known as the 'long-block' v12, was first used early in 1950 having a displacement of just over 3.3 liters. It shared similarities with the Colombo engine, including the single overhead camshafts, two valves per cylinder, light-alloy construction, a 60-degree angle between the cylinder banks, and three twin-choke Weber carburetors. It used individual intake ports in the cylinder heads, and utilized hairpin valve springs similar to the Columbo V-12 but had roller cam followers. Lampredi's engine was longer, and pistons grew from 58.8mm to only 68mm but the bore of the design-capacity 4.5-liter engine grew to 84 mm from the Colombo's 68 mm bore in the 212. These changes necessitated a longer cylinder block with 108 mm between cylinders, a significant increase from the 90 mm in the original Colombo engine. Another significant difference between the two engines was Lampredi's solution to sealing the cylinders to the head. Rather than using removable heads with gaskets, the 'long-block' engine employed cylinder liners that screwed into the heads and required only a low-pressure oil-water seal at the liners' seat in the cast aluminum cylinder block. This solution resolved a long-standing reliability issue with the Colombo engine, however, it made routine service more difficult.

Ferrari's chassis would employ a conventional tubular ladder setup with two elliptical side members, and a double-wishbone suspension with transverse leaf springs at the front and a live axle to the rear. Stopping power came from hydraulic power drum brakes at all four corners. This basic chassis design would be used to carry Ferrari vehicles for nearly two decades.

Two Touring bodied Ferrari 275 S examples made the Lampredi V12 engine debut at the 1950 Mille Miglia, where both were forced to retire prematurely due to gearbox and tire issues. Further development throughout the year saw the displacement increase to 4.5-liters for Grand Prix racing. Lampredi's engine would help Ferrari take the Grand Prix championship away from Alfa Romeo and its superior power and torque proved equally successful in sports car competition. The first Lampredi-powered sports car appeared almost immediately after the appearance of the 375 Grand Prix, at the Paris Salon in October 1950. Ferrari's sportscar racers, dubbed the 340 America, used a 4.1-liter version that developed 220 horsepower and installed in a slightly longer version of the 275 S chassis. The 340 America was ultimately built in a vast array of specifications and styles ranging from Spyders and lighter-weight Berlinetta to luxury coupes and cabriolets. A total of 23 examples of the 340 Americas were sold.

The cars that followed the 340 America were built for specific purposes, with the 340 Mexico and Mille Miglia developed specifically for competition, while the 342 America catered to Ferrari's most exclusive clients' desires for a luxury gran turismo.

The 342 America
The 200 horsepower Lampredi V12 engine was installed in an extended 2,650-wheelbase and a total of six examples were built over two years. Each example had an even chassis number, carrying the suffix 'AL' for 'America Lungo,' and all had left-hand drive. Ferrari's intention for the 342 was not racing, but the engine's competition heritage was acknowledged by the even chassis numbers, a practice hitherto reserved for racing cars. In keeping with Ferrari practice, '342' signified the individual cylinder capacity of its 4.1-liter Lampredi V-12.

The extended wheelbase size allowed adequate space for the long engine to reside within the engine bay, proper luggage space, and to accommodate four passengers as befitting a true grand touring car.

The first 342 America wore coachwork by Vignale and the remaining five were clothed by Pinin Farina. Three examples wore cabriolet bodies while the other three were coupes. Chassis number 0246AL was the 1953 Geneva Show Car bodied by Pinin Farina, and it foreshadowed the exclusive nature of the custom-built Ferraris that followed. Longtime Ferrari client King Leopold of Belgium and Enzo Ferrari himself ordered the first two cars.

Chassis 0246AL was sold by Scuderia Ferrari in Modena to James Gerard Murray from Pittsburgh, Pennsylvania. At the time of the sale, Mr. Murray was a temporary resident, in care of the Automobile Club of Italy at Corso Canalgrande in Modena. Chassis 0234AL was a Pinin Farina Cabriolet built for King Leopold III of Belgium. Chassis 0248AL was a Pininfarina Cabriolet shown by Ferrari at the New York Auto Show in 1953 and it had a 4.5-liter version of Lampredi's engine producing 300 horsepower. Chassis 0232AL was the Vignale bodied cabriolet.
by Daniel Vaughan | Feb 2005

Ferrari built five 342 Americas with Pinin Farina coachwork, including this 342/375 America cabriolet (0234AL) for King Leopold III of Belgium. One of two cabriolets powered by the Lampredi V12 favored by Ferrari for Grand Prix racing, these 342 Amer....[continue reading]

This Ferrari, chassis number 0248AL, is one of only six 342 Ferraris ever manufactured. It is also one of only two Pininfarina 342 Cabriolets. It was shown by Ferrari at the New York Auto Show in 1953 and was the first grand touring Ferrari to ever h....[continue reading]

The Ferrari 342 America was a luxurious and powerful custom road car for the factory's best clients. They were built on an extended 2,650-mm wheelbase and powered by an enlarged 200 horsepower Lampredi V-12 engine. In total, just six examples were bu....[continue reading]