Panasonic Toyota Racing's TF105 race car has been influenced predominantly by the new technical regulations implemented for the 2005 season. Adapting to these changes has offered the team a new and exciting technical challenge, placing an even greater onus on work carried out in the windtunnel.

'The most significant changes on the chassis lie in the aerodynamics area,' said Technical Director Chassis Mike Gascoyne, 'with changes to the front wing, rear wing and diffuser the most noteworthy. To combat these changes we have placed a lot more resources into the wind tunnel area over the last year and I hope that the TF105 will represent the fruits of our labours.'

In its fourth year of participation in the FIA Formula 1 World Championship, Toyota believes that it can finally extract the maximum performance from its 50 per cent-scale Cologne wind tunnel in order to reduce the gap to the front-running teams.

The team took a strategic decision mid-way through the 2004 season to freeze development on its revised TF104B chassis -which made its race debut at the German Grand Prix in July and instead turn its undivided attention to the TF105, a risk that Gascoyne believes will reap substantial rewards this season: 'Únfortunately, we were forced to stop development of the TF104B and abandon our original plan to continue the progress right to the season finale in Brazil. Although this was detrimental to us at the time, I now feel that we are in a much stronger position compared to our rivals given the number of regulation changes that we have had to take into consideration for 2005.'

Chief Designer Gustav Brunner said: 'Mechanically, the car is an evolution and we have worked hard to reduce the weight of the car from the TF104 to the TF104B,' Brunner concludes. 'This has now naturally progressed to the TF105, but the devil is in the detail, so we have made many meticulous changes to the mechanical side of the car.'

Gascoyne added: 'Aside from the aerodynamics, we have improved in all other areas of the car by paying close attention to the detailed design. Gustav and his team have looked at the entire mechanical package and put in a large effort particularly on the rear end of the car, something we felt was one of our weaknesses last season. We have greatly enhanced stiffness and damping characteristics at the rear of the TF105. As part of this process, we have also concentrated on producing a lighter and stiffer gearbox.'

'Together with Technical Director Engine Luca Marmorini, we have worked closely on the engine installation, producing a significantly improved package. Overall performance has not been compromised at any stage and there has been a highly proficient co-operation between chassis and engine, which is only possible with Toyota's all-under-one-roof philosophy.'

2005 also sees further challenges imposed within the engine department with the introduction of the two-race engine rule. After successfully increasing the lifespan of the RVX-04 engine from 400km to 800km in 2004, Luca Marmorini and his team of engineers have been forced to double the reliability yet again for 2005. The brand new RVX-05 model has been designed and built to last for two race weekends, which equates to approximately 1500km.Source - Toyota

Toyota Beats other Teams to the Punch: Unveiling the Toyota TF105

The TF105 was built in accordance with the new regulations instituted for the 2005 season. 'The biggest changes to the chassis were aerodynamic,' said chassis department technical director Mike Gascoyne, 'with the new regulations we lost 25% downforce, but we will do everything we can to regain downforce before the Australian GP and throughout the rest of the season.'

Mid-way through the season, Panasonic Toyota entered the revised TF104B in the July 2004 German GP, and then made the strategic decision to freeze all further development of the TF104B. For the remainder of the season, Mike Gascoyne concentrated on developing the TF105, all the while understanding the risk of not being sure of the final car regulations. 'Last season was really tough on us, but it gave us the chance to start early on incorporating the upcoming new technical regulations for the 2005 season. I think that put us in a superior position compared to our rivals.'

Chief designer Gustav Brunner said, 'It's an evolution in terms of mechanism. We went to great lengths to reduce the weight from the TF104 to the TF104B. But it was an extremely natural evolution to the TF105. The biggest changes were made in more detailed areas. We made some terrific improvements in the car's mechanics.'

With new regulations for the 2005 season stipulating one engine for two races, the Panasonic Toyota engine department is in for a great challenge. During the 2004 season, the team was able to extend the life of the RVX-04 engine from 400Km to 800Km, but the new rules forced Luca Marmorini and his engine department technical team to find yet another two-fold increase in engine reliability. The new RVX-05 has a lifespan of almost 1500Km - a design that should hold up to the rigors of two grand prix races.

Also new for the 2005 season is the driving combination of Jarno Trulli and Ralf Schumacher. Olivier Panis continues to contribute to car development as test driver, and Ricardo Zonta drives the third car during Friday practice sessions.Source - Toyota / Panasonic 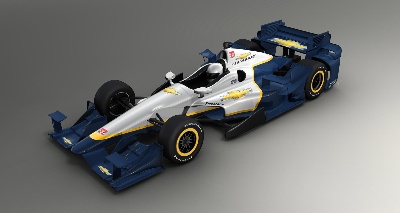 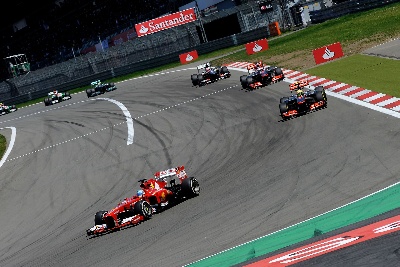 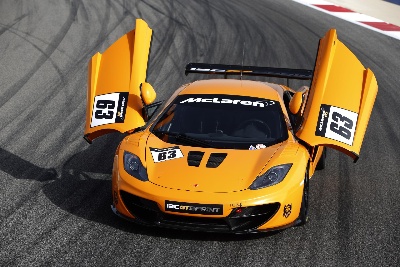 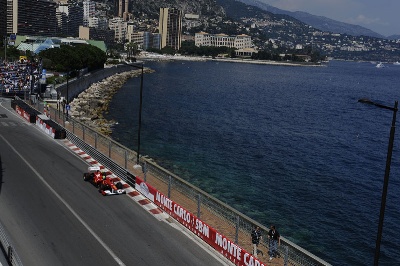 At the previous round of the championship in Barcelona, where Fernando Alonso produced yet another fantastic drive in his Ferrari F2012 to take second place, the majority of teams had introduced new packages...
2005 Formula One Season2005 Season Review