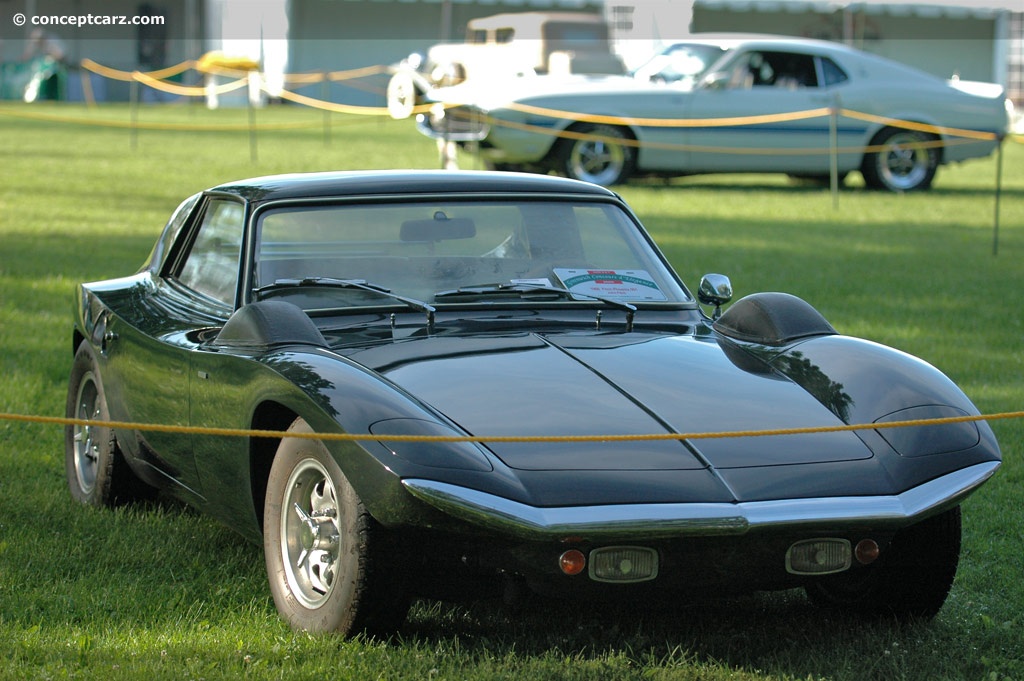 Given the bowtie badge on its nose, the Chevrolet Corvair was a surprisingly un-American car. Chevy, which had for so long specialized in hulking Detroit iron and big V8's, decided to gain entry into an opening compact car market with the Corvair. The idea of a small, economical car was still relatively new to American manufacturers, so Chevy looked to the overseas experts when seeking inspiration for the Corvair.

An important influence on the Corvair was the Volkswagen Beetle. One of the least American cars on the face of the Earth, the Volkswagen was great at its job. Tidy and efficient, it helped put many people on wheels for the first time and provided a reliable and economical form of transportation for the masses. It was the ideal compact car benchmark.

As Chevy's small car, the Corvair featured an air-cooled engine mounted behind the rear axle. Chevrolet reasoned that, as such a design had worked so well for Volkswagen, the Corvair would be able to soundly tackle any competition. Much was overlooked, though, and the high weight of the Corvair's flat six behind the rear wheels led to very shaky handling. The cars become notorious for their tricky antics and were declared thoroughly unsafe by the motoring press.

Such problems did not deter John Cooper Fitch, who saw potential in the Corvair's basic design. As a P-51 fighter pilot during World War II and a successful racing driver for both Mercedes-Benz and Cunningham, Fitch had plenty of experience with riskier maneuvers than a Corvair's handling limits. Fitch introduced a Sprint package for the Corvair that helped turn the little deathtraps into finer handling cars with a sporting edge. Corvair Sprints had tighter steering ratios and increased power from a modified flat six with a quartet of carburetors. Most importantly, they had a revised rear suspension that, coupled with radial tires, gave far superior handling over a stock Corvair.

Fitch opened up his own company, called John Fitch and Co., to install the Sprint kits. The installation facility was located at what had previously been a Chrysler dealer in Falls Village, Connecticut.

After developing the Sprint kits, the Fitch company decided to work towards the creation of a more exotic car built on the platform of a Corvair Sprint. Called the Phoenix, it was to have a racy body over a shortened platform. The idea of an air-cooled, rear-engined sports car was hardly an American concept, and the Phoenix was assembled by Intermeccanica. Built in Italy for a company in America and with a hearty number of ideas borrowed from a couple of German auto makers, the Phoenix was set to be a real world car with international influences. Fitch ran into pre-production uncertainty, though, and the cross-cultural collaboration never amounted to anything but a single prototype.

The root of Fitch's uncertainty was the passage of the National Traffic and Motor Vehicle Safety Act. The law was put into action in 1966, and Fitch was worried about how the new regulations would affect the final design of the Phoenix. There was great irony in Fitch's worries about the new Safety Act, as the Phoenix had been designed to keep passengers safe even before the law was introduced. The Phoenix featured an energy-absorbing crush zone to reduce the risk of injury in a collision, and its targa top design incorporated a functional roll bar.

Beyond the Safety Act's passing, Fitch was also worried about the future of the Corvair. Chevrolet had decided to cease any further development of its small car, and the company was preparing to end production in the foreseeable future. As Phoenix production would necessitate an accessible supply of new Corvair components, the bleak future of the Corvair made it clear that producing the Phoenix would be risky.

Had the Phoenix made it to production, it likely would have been a success. The 500 units planned for sale should have had no problem selling, as 100 orders had already been placed before production had begun. With a sub-2000lbs weight and a 170hp Weber-fed engine, performance would have lived up to the highest expectations. Even the styling would have found plenty of fans. Though strangely proportioned, the Phoenix looked special. Its frontal features and roofline were similar to the C3 Corvette (the final iteration of the Stingray theme), and its low 45-inch height helped give the appearance of a fast and sporty car.

One of the design's most unusual features, a single hump behind each front fender was incorporated into the body. Beneath these humps were the car's twin spare tires. Two were deemed necessary as the Phoenix used a staggered tire setup with 175mm-wide units at front and 185mm rubber out back. The staggered arrangement emphasized the car's performance potential, as did the Girling disc brakes used on the front of the car. With a top speed of over 130mph, the Phoenix was designed to be quick and capable.

While it's unfortunate that the Phoenix never reached production, it's comforting to know that the prototype is still a functional car. The one and only example is still owned and driven to shows by John Fitch himself. Wherever the Phoenix goes, it reminds that even a flawed platform can be reworked to greatness by a bright and enthusiastic mind.

Just as Ferry Porsche envisioned a sports car based on the Volkswagen, John Fitch envisioned one based on a Corvair. The result was the beautiful and nimble Fitch Phoenix. The Phoenix was built on a 95-inch wheelbase (13 inches shorter than a stock....[continue reading] 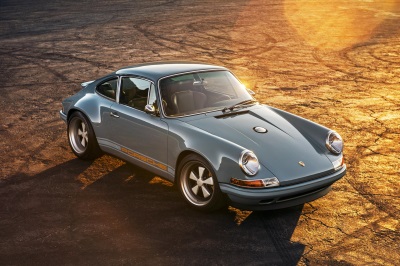 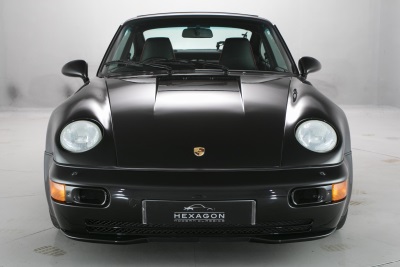 2,206,639 total vehicles produced by Chevrolet in 1966
Total 1966 Chevrolet Corvair Fitch Phoenix production: 0
© 1998-2020. All rights reserved. The material may not be published, broadcast, rewritten, or redistributed.