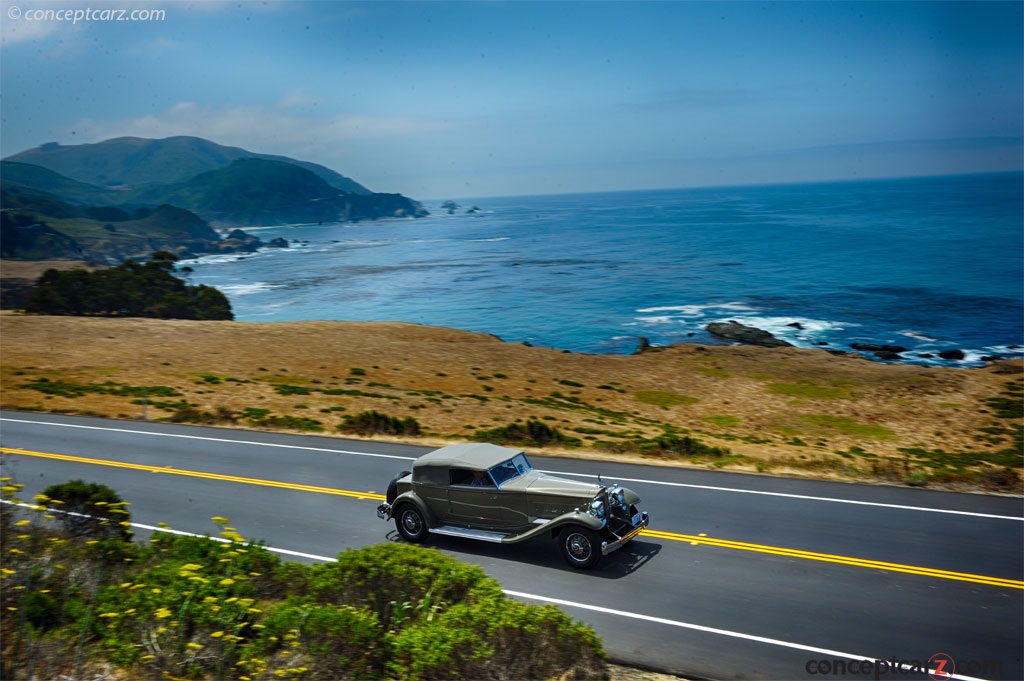 Packard built their first automobile in 1899 making them one of the oldest car companies in America. They began life as the Ohio Automobile Company based in Warren, Ohio and in 1902 the name was changed to the Packard Motor Car Company. After Cadillac introduced a V8 engine in 1915, Packard responded the following year with the Twin-Six. This engine was replaced by the smooth running straight eight in 1924.

In 1930, Cadillac once again set off a cylinder race by introduced a V-12 and a V-16. Packard responded with a new V12 introduced in 1932, designed by Cornelius Van Ranst of Cord L-29 fame. The V12 engine had originally been intended for a front-wheel drive Packard, however the project never made it passed the development phase. A narrow, 67 degree vee, it was of unusual configuration with valves nearly horizontal, actuated by hydraulic tappets. Its 'modified L-head' nickname was due to the combustion chamber being partially in the block. The 445.5 cubic-inch engine offered 160 horsepower which was very similar to the 165 horsepower produced from the V16 Cadillac engine. Equally impressive was the Packard V12 torque rating of 322 lbs-ft at 1,400 RPM. The power was sent through a four-speed gearbox on early ninth-series examples. Stopping power was employed by vacuum-assisted brakes. The new-for-1932 bumpers employed harmonic dampers designed to smooth the ride and maintain composure during cornering.

The new V12 engine was installed into the chassis of the Deluxe Eight, where it was offered with no fewer than 21 body styles, priced from $3,745 to $7,950. Ten body styles were offered on the 905 chassis and another 11 on the 906 chassis, including six Dietrich styles.

The 906 chassis had a 147-inch wheelbase and the vast majority wore Packard's conservative production coachwork. Company President Alvan Macauley advocated bringing custom coachbuilding in-house, and in 1931 his plan was implemented. A few custom bodies were built by Dietrich Inc., and today these examples are known as the 'V-windshield custom Dietrichs.' They were built largely to individual tastes, as true 'factory customs,' and were tremendously expensive.

Dietrich had gained automotive experience while working at Brewster and Company and continued through his partnership with Tom Hibbard and their resultant LeBaron Carrossiers, followed by the creation of Dietrich Incorporated in Detroit in 1925.

The Packard Ninth Series was introduced on June 17th of 1931, nearly eight months ahead of the typical new model introduction. In January of 1932, Packard introduced the new Light Eight, it first medium-priced automobile, along with the introduction of the Twin Six V-12 Series 905 and 906. The 905 cars had a 142.5-inch platform while the 906 was on the longer 147-inch version. The re-introduction of the Twin Six was a welcomed return and was even flashed across the ticker tape on the floor of the New York Stock Exchange. A total of 311 examples of the 905 and 238 of the 906 were produced for 1932.

In the early teens of the 20th century, Packard would introduce the first V12 engine. It would be called the Twin Six because of the twin rows of six cylinders. However, the twin six would give way and would be lost for about a decade until pressure ....[continue reading]

On October 29th of 1929 the Stock Market Crash sent the United States into The Great Depression. This day would become known as Black Tuesday. Soon, the depression spread to Europe and every part of the world. Prices fell by 40 to 60 percent on mo....[continue reading]

Packard was the leading luxury marque at the start of the Classic era. It was one of the oldest car companies in America, with the first Packard built in 1899. The company began life as the Ohio Automobile Company based in Warren, Ohio. In 1902 it be....[continue reading]

In 1931, Company President Alvan Macauley was successful at implementing his plan to bring custom coachbuilding in-house, despite the company's success in providing high-quality chassis for custom coachbuilders. Dietrich Inc. continued to build a few....[continue reading]

The 1932 Twin-Six Packard was produced to compete face-to-face with the multi-cylinder Cadillacs, Lincolns, and Marmons. It was very much their equal, and in many ways, superior. Its V-shaped radiator, matching head and side lamps add a sense of styl....[continue reading]

Packard Twelves were produced from 1932 through 1939. The 1934 Packard Series 1108, with its 147 inch wheelbase, was the largest of the three chassis options and was used for the most luxurious cars. Most of these Packard Twelves received factory bod....[continue reading]

Packard was the leading luxury marque at the start of the Classic era. It was one of the oldest car companies in America, with the first Packard built in 1899. The company began life as the Ohio Automobile Company based in Warren, Ohio. In 1902 it be....[continue reading]

Packard introduced its first Twin Six V12 in 1916, and the smooth-running engine remained popular until the introduction of the less fussy straight 8-cylinder in 1923. The company introduced another V12 engine in 1932, which was also referred to as t....[continue reading] 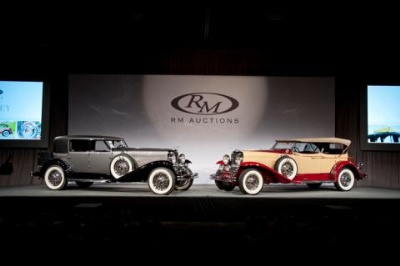 RM Auctions generates %2410.7 million in sales with 95 percent of all lots sold at its Hershey, Pennsylvania auction Top sales honors go to a pair of historic Duesenbergs from the distinguished Ray Bowersox Collection Pair of Packards – one magn...
© 1998-2020. All rights reserved. The material may not be published, broadcast, rewritten, or redistributed.