The Jeep® Liberty has remained a leader in the mid-size sport-utility vehicle (SÚV) market since its introduction in 2002. The popular mid-size SÚV gives off-road enthusiasts and owners their own sense of personal freedom and capability that only defines the Jeep brand.
All-new from the ground up for 2008, the Jeep Liberty remains true to its legendary 4x4 heritage by offering two Jeep Trail Rated® four-wheel-drive systems – Command-Trac® and the all-new Selec-Trac® II. On-road ride and handling have been improved and refined with the new independent front suspension, new five-link rear suspension and rack-and-pinion steering.

The Liberty's exterior has been redesigned, and takes on a more rugged, classic Jeep look that is sure to captivate the attention of current Jeep Liberty owners and broaden its consumer appeal. Inside, cargo and storage space increases and seat comfort improves. Making its world debut is the new Sky Slider™ full-open canvas roof, an industry-exclusive; giving the Jeep Liberty that 'Only in a Jeep' open-air experience. Remote start, rain-sensing wipers, memory seats and mirrors, and express up/down windows are added to the vehicle's ever-growing list of available features and options. There are two models – Jeep Liberty Sport and Jeep Liberty Limited.

The all-new Jeep Liberty is designed to appeal to customers who are looking for Jeep 4x4 capability as well as comfort and convenience. It is targeted to young couples and new families, as well as professional, young single men and women between 30 and 40 years of age, balanced male to female. Jeep Liberty owners will balance day-to-day responsibilities with their passion for adventure as well as the outdoors. They are athletic, and pursue activities that combine their various interests with their active lifestyle. The Jeep Liberty will be available at Jeep dealerships starting in the third quarter of 2007.

• Two transmissions are offered on the Jeep Liberty in the Únited States: a six-speed manual transmission and a four-speed automatic transmission

• The 2008 Jeep Liberty was designed and engineered under the Chrysler Development System (CDS), the comprehensive, coordinated and disciplined product creation process that improves quality and speed-to-market while reducing costs and encouraging practical innovation in new products

Design
In its first redesign since its introduction, the all-new 2008 Jeep Liberty embraces its roots by taking on a more rugged, classic Jeep design that is guaranteed to strengthen its draw to current owners and broaden its appeal to a new audience.

Technology
The 2008 Jeep Liberty offers the MyGIG Multimedia Infotainment System™ a completely integrated audio, navigation, entertainment and hands-free communication system. MyGIG allows customers to use touch screen or voice commands to control features, and includes a 20-gigabyte hard drive where music and photos can be stored. The system also includes a voice-memo recorder feature. MyGIG supports real-time traffic information, available through SIRIÚS Satellite Radio, and can provide an alternate drive route based on traffic conditions. All of these functions can be controlled through voice commands and by utilizing a touch screen.

Manufacturing
The 2008 Jeep Liberty will be built using Chrysler Group's modern production process, called the Flexible Manufacturing Strategy (FMS). FMS allows multiple products to be produced at one plant in a time-efficient manner that are a higher quality for lower cost. At the core of the new manufacturing process is the heavy use of robots at the Toledo (Ohio) North Assembly Plant.

The Jeep Brand
Today, with the all-new 2008 Jeep Liberty mid-size SÚV, Jeep offers customers the freshest, most capable and widest range of sport-utility vehicles under one brand in the industry.

The Jeep vehicle family consists of seven SÚVs that represent four distinct vehicle segments. In late 2006, production began on the newest member of the lineup, the all-new Jeep Patriot. Earlier that year was the debut of the redesigned Jeep Wrangler two-door, the icon of the brand; the all-new Jeep Wrangler Únlimited, the first-ever four-door Wrangler; and the all-new Jeep Compass. The Jeep Commander – the first Jeep vehicle with seven-passenger seating – was introduced one year earlier. It shares its platform with the Grand Cherokee, a descendent of the Wagoneer and the legendary Grand Wagoneer.Source - Jeep

• Keys placed in 300,000th Operation Gratitude care package delivered to Specialist Michael Gallagher at Forward Operating Base Warhorse in Iraq on Jan. 22 •
• Vehicle donated by Jeep brand as an expression of gratitude to all those serving overseas •
Specialist (Spc.) Michael Gallagher from Fort Lewis, Wash., and currently serving in Iraq, found a nice surprise in the package he received from Operation Gratitude on Jan. 22. The non-profit organization that sends care packages and letters of support to troops deployed overseas personally delivered its 300,000th package, containing keys to an all-new 2008 Jeep® Liberty vehicle, to a surprised Spc. Gallagher at Forward Operating Base Warhorse in Iraq.

The package was delivered by Operation Gratitude's founder, Carolyn Blashek, and director of operations, Charlie Othold.

'When my commander ordered me to show up to this ceremony, I thought it was just another care package and they were making a big deal about it because it was the 300,000th one,' said Gallagher. 'When I opened up the envelope (containing the keys to the Jeep inside), it completely blew my mind.'

The Jeep brand, with its long history of supporting the military, donated the vehicle as an expression of gratitude to all the men and women currently serving with the Ú.S. military overseas. In addition to the Jeep Liberty keys, the package contained a letter from John Plecha, Director–Jeep Marketing and Global Communications, and other gifts from Ú.S. citizens and companies that generously support the operation.

Addressed to 'Dear American Hero,' Plecha's letter read, 'As the recipient of the 300,000th Operation Gratitude care package, the Jeep brand is delighted to award you a Jeep vehicle of your own as a symbol of our appreciation, as you represent all those who bravely go in harms way in service to our country.'

Gallagher is a vehicle commander from Company A, 2nd Battalion, 23rd Infantry Regiment, 4th Stryker Brigade Combat Team, 2nd Infantry Division from Fort Lewis, Wash. His name was randomly placed on the 300,000th package. He will receive his new Jeep Liberty upon returning to the Ú.S.

With its origin dating back to WWII, the Jeep brand has long supported Operation Gratitude and the Ú.S. military. Chrysler LLC recently partnered with The Freedom Calls Foundation to make the company's video conferencing facilities in southeast Michigan available to connect families and soldiers during the holiday season.

Jeep® Brand
The Jeep brand expanded to seven nameplates in the 2007 model year, the most available to retail consumers at one time in the brand's 66-year history. With the introduction of the all-new 2008 Jeep Liberty mid-size sport-utility vehicle (SÚV), the Jeep brand offers customers the freshest, most capable and widest range of sport-utility vehicles under one brand in the industry.

At the start of 2004, the brand's trio of tough, capable, rugged SÚVs included the venerable Jeep Grand Cherokee, Jeep Liberty (Cherokee outside North America) and the icon of the brand, the Jeep Wrangler. The Jeep Commander was introduced in 2005 followed in 2006 by the all-new Jeep Wrangler. Three more all-new Jeep vehicles: Jeep Patriot, Jeep Compass and the four-door Jeep Wrangler Únlimited also made their debut in the 2006 calendar year.

Operation Gratitude
Operation Gratitude (www.operationgratitude.com) is a California-based 501 (c) (3) non-profit, all-volunteer organization that sends care packages of snacks, entertainment items and personal letters of appreciation addressed to individually named Ú.S. Service Members deployed in hostile regions such as Iraq and Afghanistan and on military ships at sea. Its mission is to lift morale, bring a smile to a service member's face and to express to all troops the appreciation and support of the American people. The organization sends more than 100,000 care packages every year. Since its inception in March 2003, Operation Gratitude has shipped more than 315,000 packages to American troops deployed overseas.Source - Jeep

In 2002 the first generation of the Jeep Liberty was unveiled to the public as a compact sports utility vehicle produced by the Jeep marque of Chrysler. The Liberty was a four-door car that was available in two different models, the Sport and the Limited. The sport was powered with a 150 horsepower engine with four cylinders, while the Limited featured a 210 horsepower 3.7-liter V6 engine. The Liberty....
Continue Reading >> 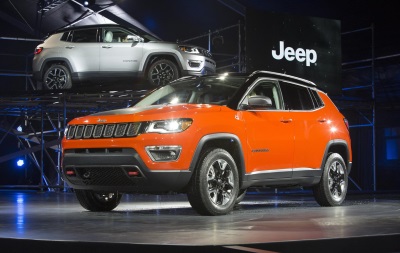