Ted Cannon built the Cannon MK 1 at his machine shop in North Hollywood, California, from parts accumulated from other projects. The chassis came from a 1934 Dodge and most of the running gear is from an early Ford. Cannon also invented a driver-controlled balance bar to synchronize the front and rear brakes. The engine was a hot-rodded Mercury Flathead V-8 and the Ford 3-speed transmission came from a wrecked Lincoln Zephyr that also provided the sheet metal for most of the body work. The car was finished just in time for the inaugural Pebble Beach Road Races in 1950 where Jim Seely drove it to third place behind Phil Hill's and Don Parkinson's Jaguar XK120s in the Pebble Beach Cup race. Seely raced the car twice more at the Pebble Beach Road Races in 1951 and 1952. After 68 years, the Cannon MK 1 Special is still owned by the Cannon and Seely families.
Shortly after the end of World War II, Ted Cannon opened Cannon Engineering, a machine shop in North Hollywood, California. His skills and talents had him creating three unique and creative race cars: the MKI, MKII, and MKIV. The first called the MKI, though it was given the nickname - Cannonball or Vacuum Sweeper. It was constructed in 1950 and built by hand from items lying around Ted's shop. Many of the mechanical components came from Dodge, Mercury, and Lincoln parts. The chassis was from a 1930 Dodge that had been shortened to a 100 inch wheelbase. A Ford axle with transverse leaf springs was placed in the rear and the Dodge independent front setup was left untouched. Ford brakes were used in the rear, and Dodge brakes in the front. The engine was a Mercury flathead V8 which was matted to a Lincoln Zephyr three-speed manual gearbox. The engine was tuned by Cannon Engineering to increase its horsepower output. One Stromberg carburetor was used initially, but was later replaced in favor of three Stromberg carburetors. Spare tire covers were used for the vehicles cycle fenders.The Cannon MKI was driven mostly by Jim Seely in hillclimbs and road racing events during the early 1950s. It competed in the first Pebble Beach road race in 1950, where it finished in third behind two Jaguars, one driven by Phil Hill and the other driven by Don Parkinson. The MKI continued to be raced during the 1951 season. For 1952, Ted Cannon introduced his MKII. The car had a six-cylinder aircraft engine mounted in th rear with a chain drive gearbox. The chassis was of space-frame construction with a live axle with quarter-elliptic springs in both the front and the rear. It was raced only once and failed to gain the success its builder had hoped. Changes to the SCCA rules meant the car was obsolete. As a result, the car was recycled and used in other racing endeavors.
The MKIII was the next planned racer, though it was never constructed.
The Cannon MKIV was built in 1953, and would be the final racer built by Ted and Cannon Engineering. Like the others, it was assembled from spare parts lying around the machine shop. The chassis was constructed from steel tubing of 1.75 and 2.0 inch diameter. The front and rear suspension were both live axles. The rear was a Ford unit with transverse leaf springs. The engine was a four-cylinder, 270 cubic-inch, Offenhauser unit matted to a three-speed Lincoln Zephyr gearbox. The clutch and flywheel were Ford units. The car was finished in a coupe configuration, with the body built by California Metal Shaping, of Los Angeles, CA. The vehicle had a high roofline, partly because the space-frame chassis had been built very tall, which fully enclosed the driver in a cage. There were gullwing doors since conventional doors would not have worked with the setup. The car was fast, but it did have its drawbacks. The brake pads wore quickly and were unreliable. Among other growing-pain problems, the car did rather well in SCCA competition, finishing seventh in the C-Modified national point standing in 1955. When not being raced, the car was used as a daily driver. It was driven regularly by its owner, Ted. So even though there were initial growing pains, as is the case with any new creation, they were able to be identified and fixed which left fewer surprises on the racing circuit.
By Daniel Vaughan | Apr 2007 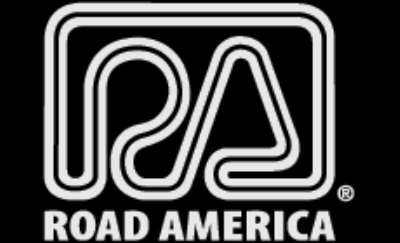 It has been 62 years since racers tore through the streets of this tiny village about 60 miles north of Milwaukee. Still, every spring you would swear that the town speed limit doesnt exist when the sounds of historic racecars from days gone by seem...
© 1998-2021. All rights reserved. The material may not be published, broadcast, rewritten, or redistributed.