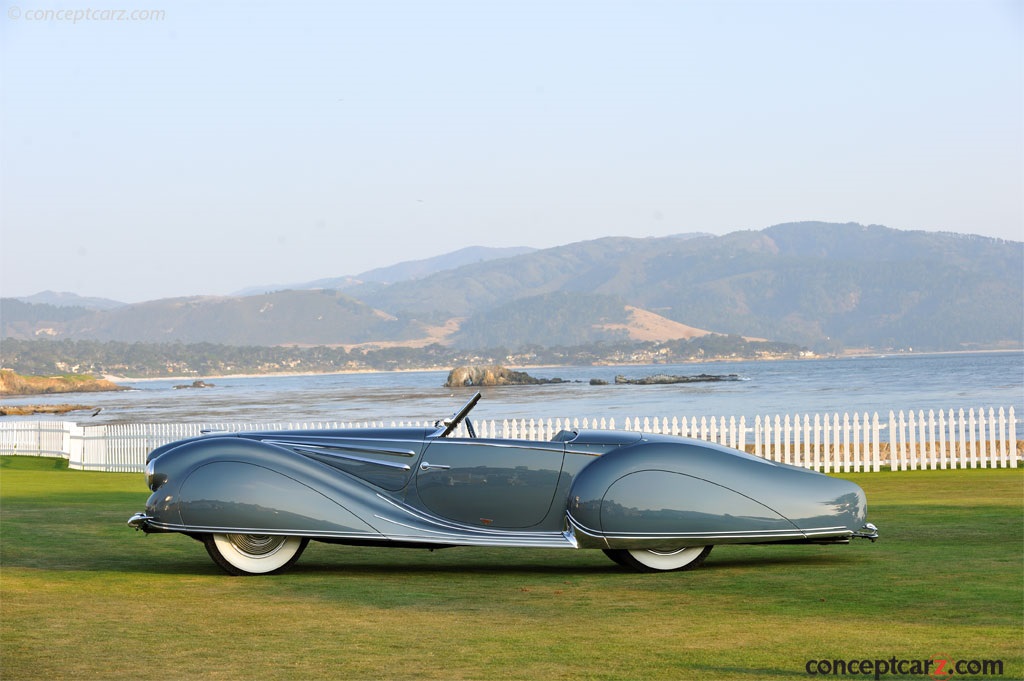 Delahaye was founded in 1845 in Tours and later relocated to Paris, France. They were one of the world's earliest to enter the automotive industry, having manufactured its first horseless carriage in 1894. They soon found success with commercial vehicles, however their signature product was the Type 135, introduced at the 1935 Paris Salon. It ushered in a new era for the company and profoundly influenced future design.

The chassis for the 135 was designed by engineer Jean François (successor to Amédée Varlet who had served as chief designer since the early 1900s), with standard mechanical features including the low-slung chassis, independent front suspension, Bendix cable-operated brakes, 17-inch center-lock wire wheels, and a choice of a partially-synchronized four-speed manual or Cotal pre-selector transmissions. The inline six-cylinder engine initially displaced 3.2 liters and featured modern overhead-valve architecture, and four main bearings supporting the crankshaft. With the help of twin carburetors, the engine offered 95 horsepower, or 110 hp with triple Solex downdraft carburetors fitted. Power increased for 1936 with the help of enlarged 3.6-liter engine.

These sporty and elegant vehicles were named 'Coupe des Alpes' for its early success in the Alpine Rally. Development and several variants for the road included the 135 (Modifié), and 135 MS (Modifié Speciale). Competition models were built to contest Grand Prix and sports-car events. Delahaye 135s took 2nd, 3rd, 4th, and 5th at the 1936 French Grand Prix, which was run to sports-car regulations that year. Labor unrest forced cancellation of the Le Mans 24 Hours that year, however, in 1937 Delahayes scored second- and third-place podiums followed by first, second, and fourth in 1938. Siam's Prince Bira won the 1938 Donington 12-Hour Sports Car Race and Prince Chula was victorious at Brooklands' 'Fastest Road Car in England' event. After World War II, Delahaye 135s continued to race well into the 1950s, with one contesting the 1954 Tour de France.

The 135 would persevere and endure through the late 1930s and postwar reconstruction through 1954, when Delahaye automobile production effectively ended. Delahayes were sold after WW2, however in very small numbers, the result of France's punitive taxation rates for large cars. By 1954 the situation had become untenable and Delahaye merged with Hotchkiss, producing nothing but trucks thereafter.

Delahaye emerged from The Great Depression and World War II with an eagerness to return to the brilliant designs and elegantly sculptured works of art of the 1920s and 1930s. The low-slung chassis of the 135 was an excellent candidate for coachbuild....[continue reading]

Delahaye emerged from WWII with enthusiasm to return to the brilliant designs and elegantly sculpted works of art of the 1920s and 1930s. The Model 135 was designed by young engineer Jean Francois, and produced from 1935 until 1954 in many different ....[continue reading]

This vehicle is a right-hand drive 1947 Delahaye 135M Cabriolet with coachwork by Carrossier A. Guillore of Coubevoie, France. The bodies design was influenced by aerodynamics, as were an increasing number of vehicles at the time. This car was trea....[continue reading]

The Delahaye Company created their first automobile in 1894. By the mid-1930s they had evolved into one of the most influential marque's of their era, creating impressive thoroughly modern designs fitted to state-of-the-art chassis and powered by a ....[continue reading]

The Delahaye Company was started by Emile Delahaye in 1895 and quickly fostered a reputation for reliability, power, and fuel economy. It would become known as one of France's grandes routieres enjoying racing success in grand prix and sports car com....[continue reading]

France's Delahaye was founded during 1845 in Tours and later relocated to Paris. They were one of the earliest manufacturers, having built their first horseless carriage in 1894. The company later diversified, building commercial vehicles, which led ....[continue reading]

This example of a Delahaye features coachwork by Carrosseriefabriek P.J. Pennock & Zonen, which was one of the largest coachbuilders in the Netherlands. The firm built various coachworks for public transport vehicles, but would also create bodies for....[continue reading]

This Delahaye 135M 3-Position Drophead wears coachwork by Henri Chapron. This right-hand drive example is one of an estimated 200 Delahaye Type 135 automobiles produced from 1935 to 1950 before the model was replaced by the Type 235. This example has....[continue reading]

This Delahaye 135 M Cabriolet wears coachwork by Henri Chapron. Its older restoration has been recently been refreshed, and the exterior is finished in a shade of metallic sage green with a three-position drophead convertible top upholstered in dark ....[continue reading] 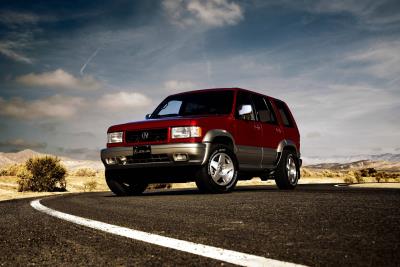