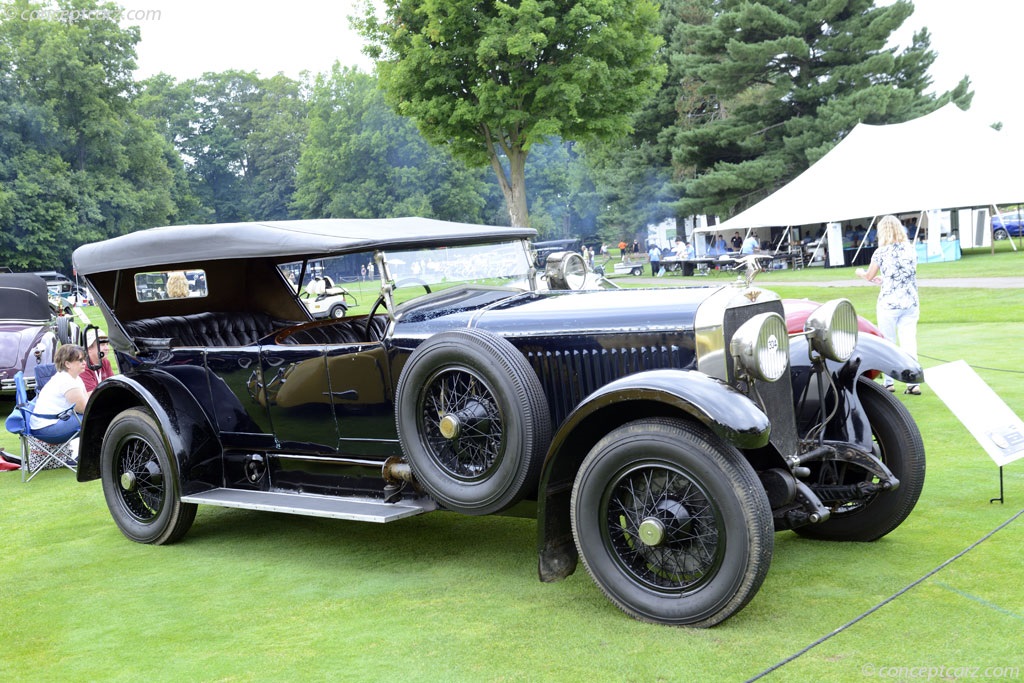 The name Hispano-Suiza translates from French to 'Spanish-Swiss,' as the French automobile was born from the genius and expertise of a Swiss engineer, Marc Birkigt, and was originally produced in Barcelona, Spain. The Hispano-Suizas built in France, however, would become the most legendary. They became the choice of European Royalty, Indian Maharajahs, Hollywood film stars, and industrial tycoons.

During World War I the Hispano engines powered some of the Allies' fighter aircraft, and post-war the marque would adopt the stork emblem of French 'ace' Georges Guynemer's Escadrille des Cicognes, whose SPAD biplanes had used Hispano's V8 aero engine. Following the war, Hispano drew heavily on the expertise and knowledge gained during the war, including the Marc Birkigt-designed, 6597c, overhead-camshaft six-cylinder engine derived from one-half of a proposed V12 aero engine. The seven-bearing design employed pressure-fed lubrication and used aluminum-alloy pistons running in steel cylinder liners screwed into the light-alloy block. It developed 136 horsepower at 2,400 RPM, and a nearly flat torque curve allowed it to go from around 5-to-85 mph in top gear. The power was sent to the rear axle via a three-speed gearbox that was built in-unit with the engine. Braking power was supplied by servo-assisted four-wheel brakes that proved so effective that Rolls-Royce acquired the rights to build the design under license. The wheelbase was large enough to accommodate formal coachwork while its performance was impressive enough to appeal to the more sportingly inclined.

The company built a few prototype H6s at their Barcelona factory with one of the earliest examples being delivered to King Alfonso XIII in April of 1918, prior to proper production commencing at Bois-Colombes, Paris. The H6 was officially presented at the Paris Motor Show in October 1919 and quickly established a reputation for its build quality, performance, powerful brakes, and exceptional comfort. They were the world's most advanced automobile at the time and for many years thereafter. Hispano-Suiza offered the H6 until 1933, by which time approximately 2,158 (some sources state 2,350 or 2,450 examples) chassis of all types had been built.

By 1924 the factory was offering an 8-liter model known as the 46CV H6C, with the 32 CV model becoming the H6B. The short-wheelbase H6Cs were later referred to as 'Monzas.'
by Daniel Vaughan | May 2020

The Hispano-Suiza Company has created some of the most elegant, respected, and exquisite automobiles of all time. The designs and custom-built bodies were owned by the most elite and exclusive clientele. Among their most memorable creations were the H6 Series and the J-12. Among their accomplishments was the production of aircraft engines. During the First World War, they produced over 50,000 V-12....
Continue Reading >>

The Hispano Suiza history is complex, undergoing name changes, bankruptcy, ownership changes and manufacturing location changes with cars being manufactured at various times in Spain and in France. They were also known for their aircraft engines, tru....[continue reading] 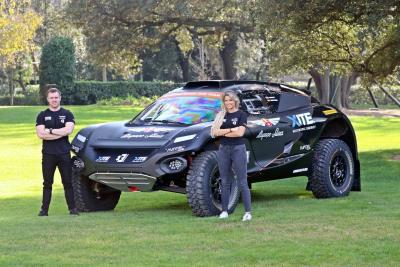 Oliver Bennett and Christine Giampaoli Zonca named as racing drivers for the HISPANO SUIZA XITE ENERGY TEAM in the opening season of Extreme E. HISPANO SUIZA in association with XITE ENERGY have created a young racing team, full of talent and grea...

Airing Fridays at Noon PT, the six-episode series will take viewers on an in-depth tour of the museums most unique vehicles with docent and host Rick Eberst. The series begins on Oct. 2, 2020, and will feature the 1911 Hispano-Suiza Type 45CR King... 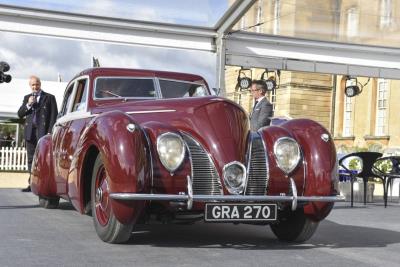 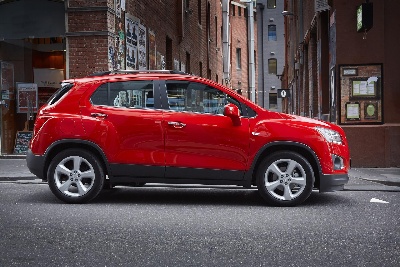