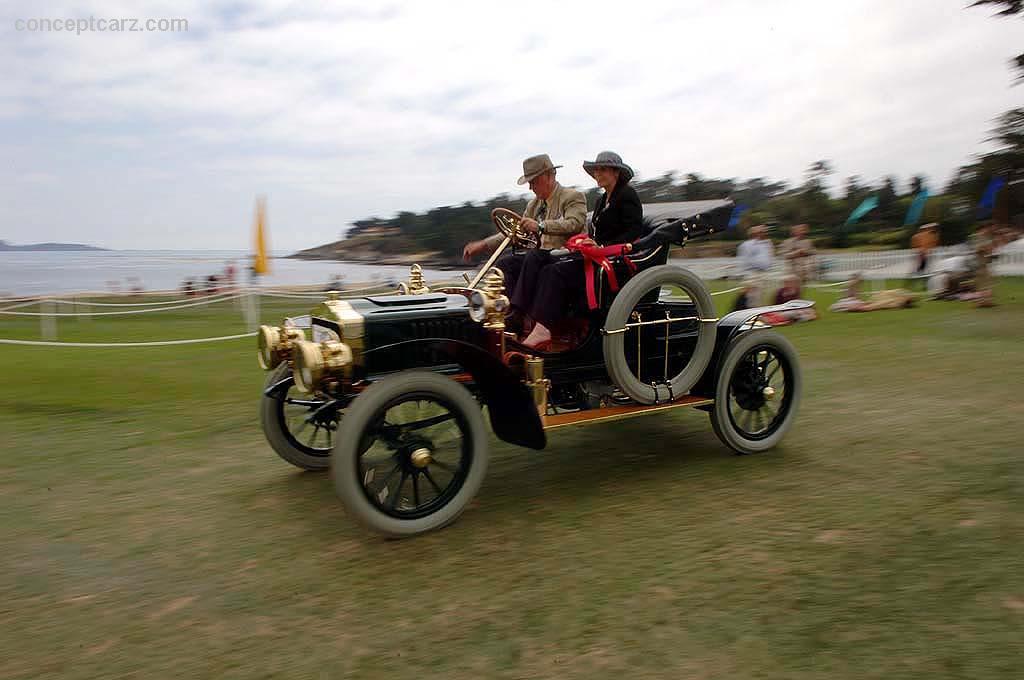 The Auburn Automobile Company began automobile production in 1900 and continued until 1937. During the early 1900s, the company offered modest automobiles powered by flat-mounted single-cylinder engines capable of producing ten horsepower. There was a two-speed planetary transmission which helped deliver the power to the rear wheels. The car sat on half-elliptic springs and a steel frame. The total weight of the vehicles were about 1500 pounds. In 1904 a touring model was added and by 1905, the cars were offered with two-cylinder engines. This 1907 Auburn Model K is a very early example of the Auburn Marque. It has a body style that accommodates two adults, with a spare tire mounted on the passenger's side of the car. This is a right-hand drive vehicle. The back of the vehicle comes to a point, housing storage space for picnic supplies or even some luggage. It was brought to the 2006 Pebble Beach Concours d'Elegance where it was among other brass-era cars.
By Daniel Vaughan | Apr 2007

Heveningham Hall, Suffolk, UK - Heveningham Hall Concours dElegance has announced that Peter %26 Merle Mullins 1939 Delage D8-120 Cabriolet, the car that appeared in 1951 Hollywood movie An American in Paris starring the legendary Gene Kelly,...
© 1998-2021. All rights reserved. The material may not be published, broadcast, rewritten, or redistributed.