The Riviera has been engineered to accommodate a new hybrid system that will go into production at Shanghai GM, GM's flagship joint venture with SAIC, in 2008.

The fuel-efficient car, which will feature several technological and manufacturing advances, represents the latest achievement of GM and its partners in the promotion and development of alternative propulsion technologies in China.

According to Ed Welburn, vice president, GM Global Design, 'Developing and launching the Riviera in China underscores the diversity, strength and depth of the GM global design network. It also reflects PATAC's growing role within the GM Design family and China's significance as the world's largest Buick market.'

The Riviera also marks the return of a renowned Buick nameplate after an eight-year hiatus, having sold more than 1.1 million units in the Únited States between 1963 and 1999.

'The Riviera concept certainly lived up to the nameplate's reputation,' Welburn §äid.

'We developed the Riviera to communicate the global design vocabulary of the Buick brand and set the stage for General Motors' design, engineering and manufacturing centers to work together on the next generation of Buick mid-size luxury cars.'

According to James Shyr, PATAC Design Director, the Riviera's enticing curves and 'earth and water' interior tones are drawn from diverse inspirations including classic Buicks, ancient Chinese artifacts and modern electronic icons. The car, inside and out, communicates universal beauty - a look that transcends cultural or national boundaries.

'Designing this car made us realize how small the world could be. It's not East. It's not West. It's not the Únited States or China. It's Buick,' Shyr §äid.

Exterior Design - A Sense Of Existence, Not Anonymity

To establish their design direction, PATAC designers looked in part to Buick icons such as the original Y-Job Concept of 1938, the 1960s Le Sabre, Electra 225 and the Riviera coupes of the 1960s and '70s.

The Riviera design is structured around the Buick tri-shield logo, sitting proudly on a trihedral waterfall grille which is formed by three meeting planes. This takes the traditional Buick treatment to a new level of sophisticated boldness.

The Buick logo leads into a reflective strip through the hood, a mark of respect to the distinctive mid-hood crease prevalent in classic Buicks. Elongated LED headlamps flow up the hood sides to three-section, top-mounted chrome portholes as a single piece of jewelry.

The logo, hood strip, headlamps, side mirrors and rocker covers all have 'icy green' backlighting available at night, matched by backlit logo and exhausts at the rear.

Designers have cleverly incorporated several other design signatures from the original Riviera generation. They include the 'double sweep spear' line along the bodyside and the flared tail design.

'This car was inspired by great Buicks - their grace, their gesture. This car was designed to achieve a sense of existence. It's not an anonymous car when it drives past you but it's not completely in your face either. We wanted to create something which would make you want to run your hand across it rather than just look at it,' Shyr §äid.

In this theme, the 'Shell Blue' exterior color was chosen to elicit the right level of attention. The color is a metallic silver with light blue accents, perfectly highlighting the coupe's exterior curves.

The gullwing doors, selected for their exotic appeal, achieve an expansive entrance to the two-plus-two seating configuration. Measuring 1938 millimeters at their widest point, they add to the coupe's sleek sideline. At night, fully opened doors gently shine the 'Buick' name on the ground.

The use of carbon fiber in all body panels allowed the designers greater flexibility through reduced mass and added strength. This made the gullwing engineering demands easier to realize and sharp, tight radius curves possible across the body surface.

The Riviera sits on 21-inch 10-spoke forged aluminum wheels, combining polished and satin finishes, with low-profile tires. Taking their cue from Formula One cars, the side mirrors are sweeping yet unobtrusive.

PATAC designed the Buick Riviera to accommodate the new hybrid system, which will be introduced in China in 2008 prior to the Beijing Olympics. The new hybrid system fits naturally with the Riviera's 'earth and water' design theme.

Interior Design - All About Relaxation

In a word - sanctuary. The use of rich blue and subtle creams, representing earth and water themes, are conveyed through high-quality leather bucket seats, plush carpet and a luxurious padded steering wheel. Completing the organic feel, the roof comprises two shaded glass windows offering increased headroom and a celestial connection for occupants.

'We had to have the driver feel relaxed and tranquil inside the car. We used earth and water tones and avoided hard, aggressive edges,' Shyr §äid.

The interior has no discernable start and finish point for the front and sides, creating a comfortable lounge feel. It is immediately futuristic yet somehow familiar.

The three-dimensional speedometer, inspired by past classics but utterly modern in design, compliments the touchpad styled central console loosely modeled on a computer mouse. An LCD display screen crowns the central console.

Interior designers were encouraged to consider people's personal belongings to enhance their feeling of familiarity and comfort in the vehicle. Continuing the theme of calm simplicity, electronic shifter pads replace the traditional transmission shifter. Controls are kept to a minimum to avoid driver distraction.

Ambient light strips are applied from across the console and inserted on the door liner, stretching to the front seats. Deliberately imitating precious Chinese jade stone, the lights are tinted a subtle icy green, which also offers tribute to a favored color of Buicks in days gone by.

Interior trim treatments befitting the Buick prestige abound - miniature aluminum tri-shields in the front seat headrests, a wooden floor mat in the rear and a rear central armrest which can move sideways left and right to accommodate passengers of different sizes.

The design team set out to create a modern global design - not something which could be superficially described as a Chinese car. At the same time, they sought to draw from their heritage outside the automotive industry from classic shapes, concepts and artifacts. They wanted to include a subtle Chinese essence and influence if one looked deeply enough.

A strong influence was the yuanbao, a small curvaceous gold or silver ingot used in ancient China as currency and popular today as a symbol of ancient Chinese prosperity.

'This design was about the East and the West co-existing in harmony. We always wanted to make a global car, to take a sense of the Buick DNA and create something for the world,' Shyr §äid.

'It is so wonderful that our designers can take some of the rich culture behind them and make it international. East, West, Buick, China - there's no missing piece in the puzzle in here. Riviera has captured the essence of Buick - grace, gesture, form and emotion.'Source - GM 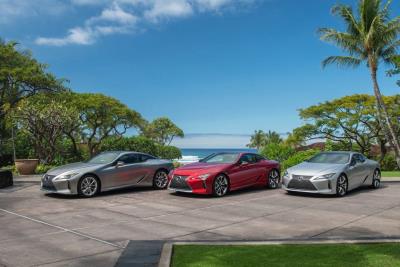 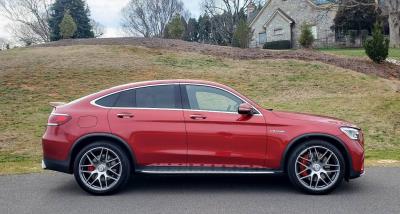 A glance at the Mercedes-Benz website reveals 28 separate United States offerings its an alphabet soup of As, Bs, Cs, Es, Gs, Ss and more. Driving Impressions will focus on the Mercedes...