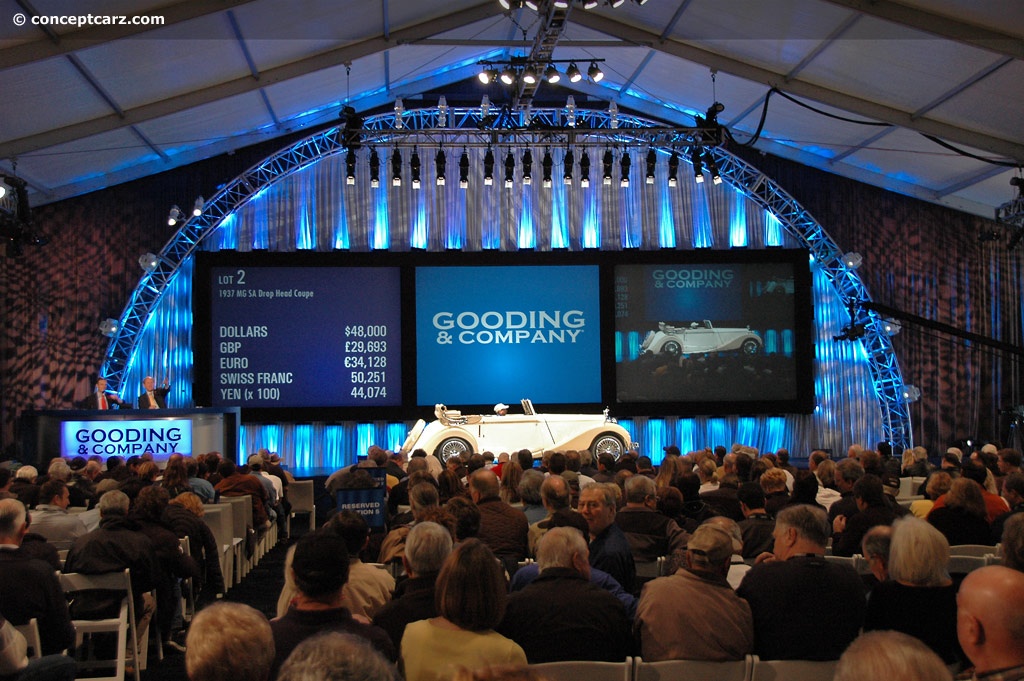 The MG SA was produced from 1936 through 1939. It was originally known as the 2-liter, but its name was later changed to the SA. During its production lifespan, 2739 examples were produced. The SA was intended to be a sporty model, capable of rivaling other sports cars from marque's such as Bentley.

A prototype car was designed in 1935. The merger between MG and Morris Motors in the same year had development coming to a halt before a production version was realized. The project resumed a short while later, but the design was not the same. It had become more conservative and practical. Under the hood was a Morris QPHG six-cylinder engine that displaced 2062cc's. The engine was given special tuning which resulted in an increase in displacement to 2322cc. There was a four-speed manual gearbox with synchromesh on the top two ratios. The front was suspended in place by a beam front axle and a conventional live axle. Hydraulically operated Lockheed drum brakes were used to keep the car in the driver's control. Wire wheels could be found on all four corners.

When the car made its debut, it was available with only a few options, such as a Philco radio and an alternate body style. The optional body was a saloon configuration and made by Morris. It had four-doors and traditional MG styling consisting of large chrome-plated headlights and a traditional grille. There was seating for four with the rear being a bench and the front being individual seats. The trim was made mostly from walnut. The spare tire was carried on the vehicle's boot.

As the years progressed, additional options and body styles were added. A Tickford drophead coupe body appeared in 1936, which had coachwork by Salmons. An optional four-door tourer was added the following month, in July, with coachwork by Charlesworth.

The successor to the SA was supposed to be the WA. The onset of World War II, and the fact that the WA had been produced alongside the SA since 1938, had the WA being produced for only a short while. The SA sat atop a 123-inch wheelbase and most were in a four-door configuration. The biggest export market for the SA proved to be Germany.
By Daniel Vaughan | Apr 2007

The MG SA was the largest ever designed and made its debut in 1936, initially as a saloon. It was equipped with a Morris-sourced 2.3-liter six-cylinder engine. Within a short period of time, the SA model was offered with coachwork by Charlesworth as ....[continue reading]

On occasion, the MG marque supplied a bare chassis to outside coachbuilders such as Salmons or Charlesworth to receive a custom body. Charlesworth, known for their work on Alvis and Rolls-Royces, was commissioned to create open bodies for 90 SA chass....[continue reading]

- New EA888 Gen 3 engine, produced in Silao, Mexico, makes its U.S. debut - Engine offers 10 hp increase over previous Gen 2 powerplant - Beetle models have a manufacturer estimated fuel economy improvement of up to eight percent on the combined cycle -...
© 1998-2021. All rights reserved. The material may not be published, broadcast, rewritten, or redistributed.