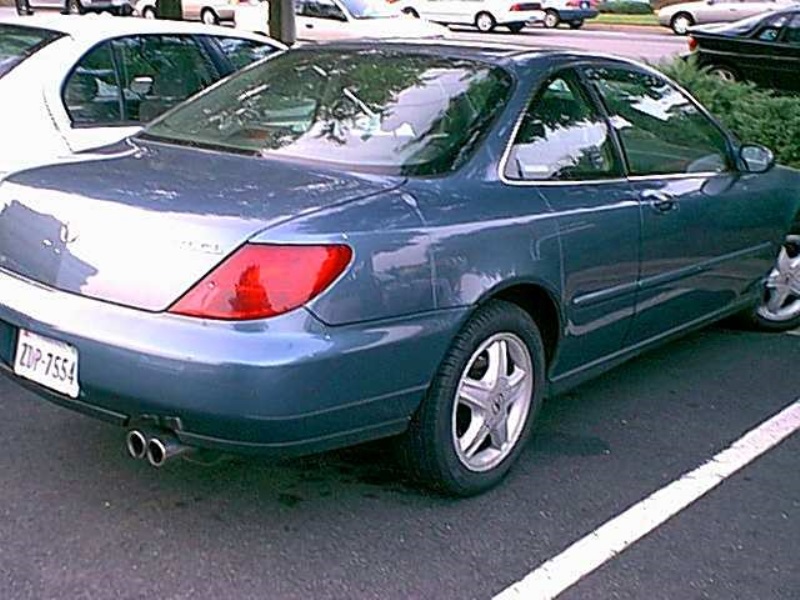 Considered to be one of Acura's finest vehicles, the CL showcased a balance of luxury and sport. All CL models were built at Honda's plant in Marysville, Ohio, alongside the TL. The CL is the first Acura to be built in the U.S.The Acura CL replaced the Legend coupe just as the Acura RL replaced the Legend sedan and was offered between 1997 and 2003. Standing for ‘Contemporary Luxury', the CL was originally offered with a 2.2L straight-4 engine which was later updated to 2.3L and finally to a 3.0L J30 V6 engine. The Acura Legend coupe was dropped from Acura's line-up at the end of the 1995 model year. The Acura CL was the newly renamed sedan version. For the 1997 model year, the Acura CL replaced coupe following Acura's transition to alphanumeric naming of all of its vehicles except for the Integra, which continued until the 2001 model year. Interior options included either cloth or leather.Honda hoped that the differentiation of the CL and RL model lines would help sales. The CL's styling and engineering did have a stronger emphasis on performance. Offered in a range of trims, the look of the CL was emphasized by the brand's sports performance and luxury focus.
Never produced as a 2000 model, the CL was released as an all new redesigned 2001 model that featured a 3.2L SOHC VTEC J-series V6. The Type-S model was Acura's Sport edition and featured a navigation system. The regular CL model featured a 225 horsepower V6, while the Type-S featured 260 horsepower with 17' wheels, slightly larger brakes, a firmer suspension and firmer seats.
For the following year, the CL Type-S model was offered as a 2003 model with a close ratio 6 speed manual transmission with a Limited Slip Differential. When the car was redesigned for the 2001, the manual transmission was dropped during the redesign, a source of some disgruntlement from fans. Only a few manual transmission models were built, a total of 2,691 without navigation and 788 units without navigation. The CL was dropped from Acura's lineup in 2004 due to declining sales. The last new CL model sold more than 31,000 units in its final year of production.By Jessica Donaldson