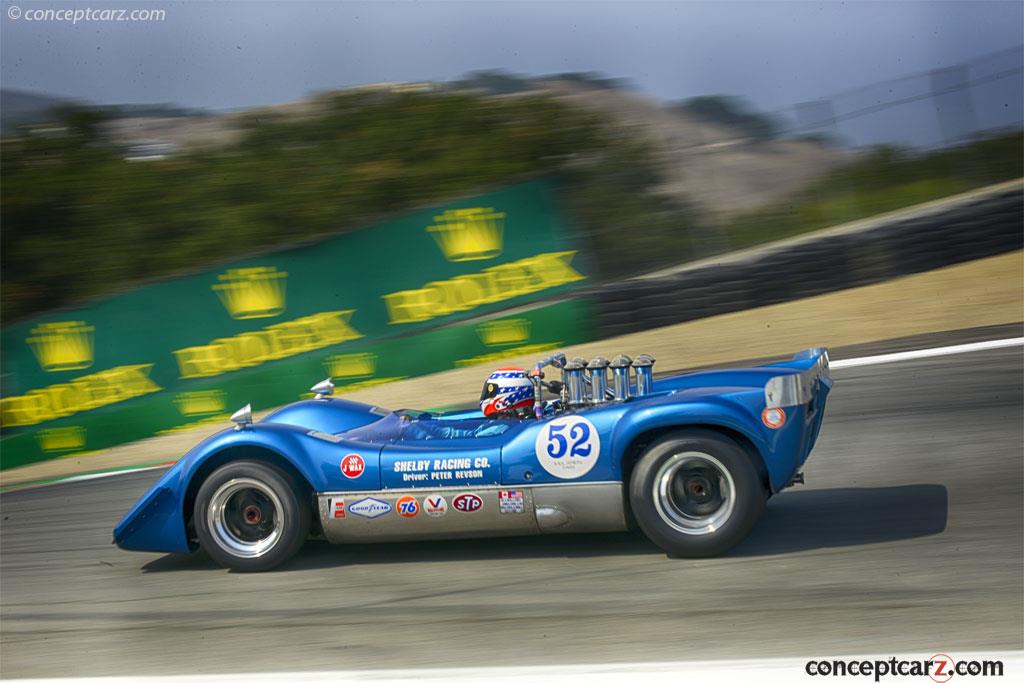 The McLaren M1 achieved several podium finished during the 1966 Canadian-American Challenge, or Can-Am, season, but no victories. The M1 was the creation of Bruce McLaren, one of the most successful Formula 1 drivers and an accomplished race car designer and builder. During their racing careers, the McLarens would win 20 World Championships and were a dominant force in the Can-Am series between 1967 and 1972, with 56 victories. McLaren vehicles would capture three Indy 500 victories and won the 24 Hours of LeMans and the 12 Hours of Sebring.

The mid-engine M1 was developed in the 1960s and was the company's first sports car. By the time of the Can-Am season, it was clearly outmatched compared to the Lola T70. Although it had no victories in CanAm competition, it was a commercial success for McLaren.

For the 1967 season, Bruce McLaren focused on both Formula 1 and Can-Am. This left precious little time to design and build cars to comply with racing regulations for both of these series, and to thoroughly test and refine them to ensure competitiveness. The task of designing McLaren's first monocoque sports racer for CanAm competition was assigned to Robin Herd and Gordon Coppuck.

Aluminum and magnesium were used for the monocoque chassis. Girling disc brakes provided the stopping power. The suspension was comprised of top links with radius arms and lower wishbones in the front. The rear setup used top links, lower wishbones, and trailing links. A Chevrolet small-block V8 rested behind the driver. It displaced just under six liters and was fitted with a Lucas Fuel injection system, which helped produce over 500 horsepower. McLaren built the engines and tuned each example to meet their standards. These engines were backed by a five-speed Hewland gearbox and sent power to the very large 13.5-inch rear wheels with Goodyear racing tires.

McLaren's new Group 7 racer was called the M6A, and it wore a lightweight fiberglass body, constructed by Specialized Mouldings.

Wearing the papaya-orange paint scheme, McLarens lost just one race in 1967, and Bruce was crowned the champion. The name of the 'J-Wax Canadian-American Challenge' was quickly and popularly renamed the 'Bruce and Denny Show.' A wonderful tribute to Bruce McLaren and Denny Hulme who had absolutely dominated the Can-Am series.

For the 1968 season, McLaren developed a new car that could accommodate an even more powerful big-block version of the Chevrolet V8. British specialist Trojan was commissioned to construct the M6B production versions for privateers. A total of 26 customer examples were built. The 3 examples of M6As built by McLaren were also sold to customers.

For the 1968 season, McLaren once again dominated the season with the big-block engined M8A. For 1969, McLaren won every single race with the M8B.
by Daniel Vaughan | Nov 2019

Designed by Robin Herd and Gordon Coppuck and build by McLaren, the McLaren M7A and its B, C and D variants are Formula One racing vehicles. The M6B weighed in around 1,700 lbs and had in the neighborhood of 600hp. An aluminum monocoque, the M6B was quite different from modern racecars, basically as sheet aluminum origami secured with rivets. Secured with removable pins, the only ‘safety cage....
Continue Reading >>

In 1968, Ford Motor Company decided to enter the Canadian-American Sport Car racing series called the Can-Am. They specifically built a few all aluminum 427 cubic-inch motors to be installed in a McLaren M6-8 which Shelby purchased from Trojan Motor....[continue reading]

This vehicle is a 1968 McLaren-Chevrolet M6 CanAm Sports-Racing Spider with chassis number 50.30. Its livery is similar to the Penske Racing Team that contested the CanAm Championship series of Group 7 sports car races during the 1968 season. Mark ....[continue reading]

Jo Bonnier first ran this McLaren on 8-11-68 in the GP at Kononioppet near Kariskaga, Sweden. Bonnier had the pole position , set fastest race lap and finished 2nd to David Piper in a Ferrari P4 after a first lap incident. Bonnier gave jazz singer ....[continue reading]

The 1966-1974 Can-Am Series is fondly remembered as the last professional series to allow virtually unlimited motor racing. In their day, the cars of the Can-Am were quicker than their Formula One Grand Prix counterparts. The 1968 McLaren M6B was t....[continue reading]

Chassis number 50-06, built in 1968, was sold new to AutoDelta, the racing division of Alfa Romeo, for their T-33 Race Project. After Alfa was done, 50-06 was placed in an Italian barn until found by Charlie Gibson. Charlie brought it to the United S....[continue reading] 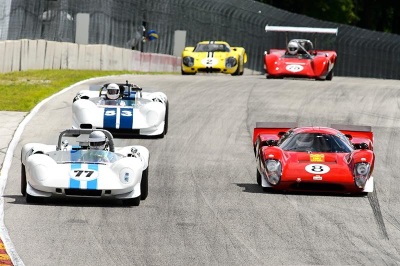 While Formula One will be forever considered the pinnacle of motorsport, from a period between 1966 and 1986 there existed a series that would likely be the closest to anything goes as any motor racing...
1968 Can-Am Drivers Championship
© 1998-2020. All rights reserved. The material may not be published, broadcast, rewritten, or redistributed.