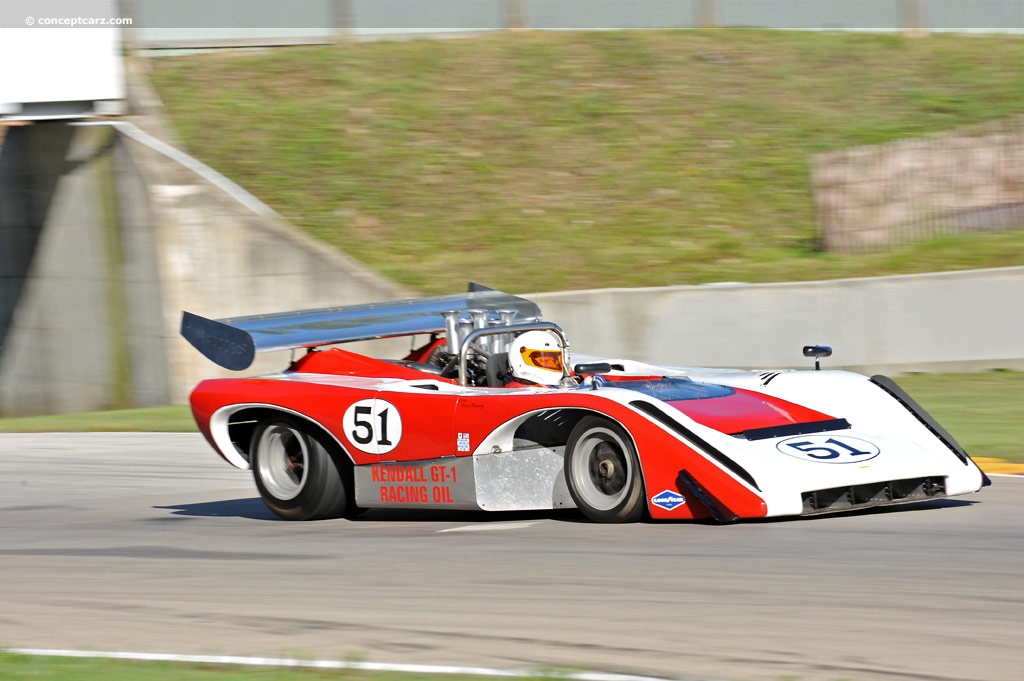 Lola Cars International Ltd. was founded in 1958 by Eric Broadley and based in Huntingdon, England. They initially built small front-engine sports cars before moving into Formula Junior race cars and various other sporting vehicles.

The Lola T222 was a Can-Am competition car powered by a Chevrolet V8 engine backed by a Hewland five-speed gearbox. It used an aluminum monocoque chassis with a fiberglass body designed by Bob Marston and Eric Broadley. It used a rack-and-pinion steering, ventilated disc brakes, a four-speed manual transmission, and a suspension using double wishbones, anti-roll bars, and coil springs over dampers. The 494 cubic-inch Chevrolet, fuel-injected, overhead valve engine used a lightweight aluminum block and head, and developed over 700 horsepower.

The Can Am racing series of the late 1960s and early 1970s raced on both American and Canadian circuits. It was an open series that had few limitations or rules, leading to excessive amounts of horsepower, aerodynamics, ground controls, and technology.

Lola's original CanAm car of 1966 was the T70 which John Surtees drove to the first Can-Am Championships with three victories during the season. Mark Donohue and Dan Gurney each won a race in their T70s. The T222 was a continuation of the preceding Lola T220 model of 1970, which was a fresh design of Broadley and his chief designer, Bob Marston. The T220 used little from the preceding T70 or T160. The T220 used a full-length aluminum monocoque structure, a short wheelbase of 88 inches, and clothed with a round, envelope design.

The first example was a prototype chassis, HU1, which was crashed at Atlanta. The second chassis that followed had a larger wheelbase of 98 inches, with the additional length placed at the front end of the monocoque to help with stability. American racing driver, Peter Revson, drove the L&M-sponsored Lola T220 of importer Carl Haas during the 1970 CanAm Challenge series. Both Revson and the T220 were consistently competitive during the 1970 season, but not enough to challenge the McLaren-dominated establishment. Its Acheel Heel proved to be its liability, finishing three of the ten races it entered during the season. Its best was a 2nd place at Mid-Ohio along with a pair of 3rd place podium finished at the Can-Am Minneapolis Tribune and the Monterey Castrol Grand Prix at Laguna Seca.

Lola's CanAm and customer car for the following season with the improved specification T222. With an overall weight of 1,750 pounds and a powerful Chevrolet eight-cylinder engine, the T222 was one of the most powerful CanAm race cars of its era. Its design was nearly identical to the preceding T220, with slight changes to the rear bodywork with two strakes that extended upwards attaching to the rear wing.

Revson moved to a different team for 1971, leaving the factory with a competitive team or driver. It did score several top ten finishes with its best finish being a fifth place at Road America by Carl Haas Racing team driver Hiroshi Kazato. Kazato also finished 6th at the Le Circuit Monte-Tremblant in St. Jovite. Dave Causey placed sixth at Road America, and seventh at Mosport and Mont-Tremblant.

Lola Cars International Ltd. was a racing car engineering company founded in 1958 by Eric Broadley and based in Huntingdon, England. For more than fifty years, Lola was one of the oldest and largest manufacturers of purpose built cars in the world.....[continue reading]

The Can-Am Challenge Cup was an arena for the world's most free-thinking automotive designers. The cars they created were powerful and capable of speeds faster than the F1 cars of the day. The first championship was won by Lola in 1966, but the next ....[continue reading] 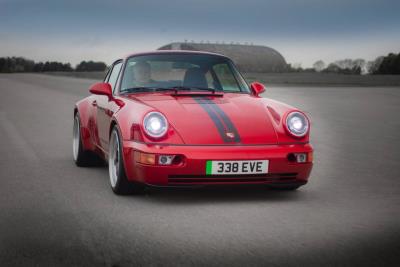 While Formula One will be forever considered the pinnacle of motorsport, from a period between 1966 and 1986 there existed a series that would likely be the closest to anything goes as any motor racing series could truly get. Based upon the FIA Group...
1971 Can-Am Drivers Championship